‘It was clear that if we weren’t going to build it, no one else would’: Jakub Jurovych, Deepnote

India is the second largest market for data scientists after the US. 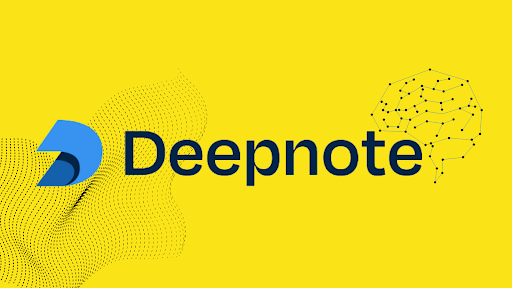 When Jakub Jurovych started Deepnote in 2019, he had a laser-focused goal in mind: to ease collaboration for data science professionals. Built on top of Jupyter-compatible notebooks, the startup raised USD 3.8 million the next year led by Index Ventures and Accel. A number of big names in angel investing including OpenAI’s Greg Brockman, Naval Ravikant, Figma’s Dylan Field and Elad Gil of Airbnb fame participated along with YCombinator.

Within a span of a couple of years, Deepnote has found widespread usage in companies like ByteDance, Discord, Gusto and 80 of the most prestigious universities. Analytics India Magazine spoke with Jurovych about his vision for the company, Deepnote’s journey and quick ascent.

AIM: What inspired you to start working on notebooks? What were some of the gaps you saw in notebooks then?

Jakub: There are two angles to this—one, are the technical challenges around starting a product in this space, and second, there’s the entrepreneurial angle which is more about how to attract investment for it. We were heavily involved in the Jupyter community when we started Deepnote in 2019. The founding team was from multiple backgrounds working on the backends of either huge companies like Google and Palantir or early-stage fast growing startups.

We had a mix of data science teams and scaling analytics teams or teams that were building data infrastructures. It was pretty clear that there was always something extremely exciting there. For the longest time, you had pretty much two programming paradigms. The basics were intact—you go and learn IDEs (Integrated Development Environment) and Python, and then your first programme is ‘Hello World.’ That was pretty much it.

But there was also the second type of programming paradigm—visual spreadsheets. They were much more interactive, much more visual but limitations remained. And after a certain point, you just wouldn’t be able to move past that ceiling. Analysts have been operating in both these worlds. A lot of the time you do a bulk of your analyses in the spreadsheet because it will be the most appropriate tool for the job. But sometimes, it is a more complicated project and you have to do a data cleanup, or write a piece of SQL code or a data query that will involve installing Python and libraries. This is when we realised there was a huge gap that existed. It took a very long time to move people from one area to the other.

Looking at this historically, to try to understand how this came to be, it can be explained with the emergence of production engineering. It’s the usual process—I’m an engineer and my product manager informs me about the specifications to build an app which will then be shipped to production. But there’s another paradigm called exploratory programming, where we don’t have a specific prototype, or any specific instructions on the language to be built. Spreadsheets are absolutely amazing at the exploratory type of programming but notebooks up until then were far behind.

AIM: What were some of the defects with Jupyter Notebooks that you wanted to iron out?

Jakub: So, roughly around 2010, when notebooks became somewhat popular, there were some early releases of Jupyter where people started to use them for their data science projects which were exploratory by nature. It felt like you could observe in real time, an emergence of a new paradigm that was probably as important as spreadsheets. To us, it was like witnessing a huge event in computer science. And then we just had to wait and wait.

Jupyter then was clearly the most popular notebook out there. But it wasn’t really moving fast enough to connect missing pieces. It was still terrible for collaboration and not great from the viewpoint of best practices in engineering. Once we started really looking, we realised it was just a problem of implementation. There were no issues with the paradigm or the idea itself—it was just solving these specific issues. So, we just saw an opportunity there and got started immediately.

We tried to raise these problems with Jupyter but it was very difficult. Because they are open source, it just became very hard to contribute to it. Don’t get me wrong—I am also from the same space but we just have to be realistic if we want to change the world. To build a competitive product you also have to understand the users.

So, it was clear that if we weren’t going to build it, then no one else was. We dropped everything that we were doing, quit our cushy jobs and just began.

AIM: Given the impressive names that you have as your investors, what did it take to attract them?

Jakub: We were joined fairly quickly by YCombinator and really strong angel investors like Naval Ravikant, Greg Brockman, the CTO of OpenAI and Elad Gil. Index Ventures and Accel backed us who have a great background in building tools for B2B businesses.

I think for Deepnote, we ticked all the three boxes that investors look for when they are gauging whether to invest in something—the product (which is excellent), the market and thirdly they are looking for some kind of an insight. Most people simply did not see it then—to them it meant if Jupyter Notebooks sucked, all notebooks sucked, which wasn’t true. Some, however, saw the importance of collaboration in this space.

Honestly, I think we also got lucky considering we met the right people in the early stages. We were also in a position where we needed to say no to certain people because we chose the people we wanted to deal with and the ones we didn’t want to deal with. Ultimately, it all just boiled down to, ‘Whose money is greener?’

Jakub: I can’t reveal the exact figures to answer this question. But I can give you a fair idea. So, when we look at our demographic data to understand the distribution of data scientists or analysts and compare it with the user base of Deepnote, they are pretty much the same maps.

For us, the biggest market for data scientists and analysts is North America, specifically the United States. The second biggest market is India. Then, of course, you have all the other big players like the UK, France, Japan and so on.

AIM: How easy do you think it is for developers who want to shift to Deepnote from other options like Jupyter or Google Colab?

Jakub: This is what we have been optimising on. It’s also one of the biggest pain points with Jupyter. For instance, if you want to have a chart and you want to see the data for it for the past 180 days, it’s just a simple tweak to the SQL query on Deepnote. On Jupyter, you have to open up a terminal, install Python, fire up Jupyter, pull the CSV file—you get the drift, it’s a long process. This isn’t conducive in the most practical applications for notebooks. For instance, if someone is the manager of a hedge fund, you won’t be building the dataset yourself, right? You just need to read the final version and make the changes to it. That’s exactly where Deepnote steps in.