In June 2020, the Indian government launched IN-SPACe to increase private participation in the space sector. 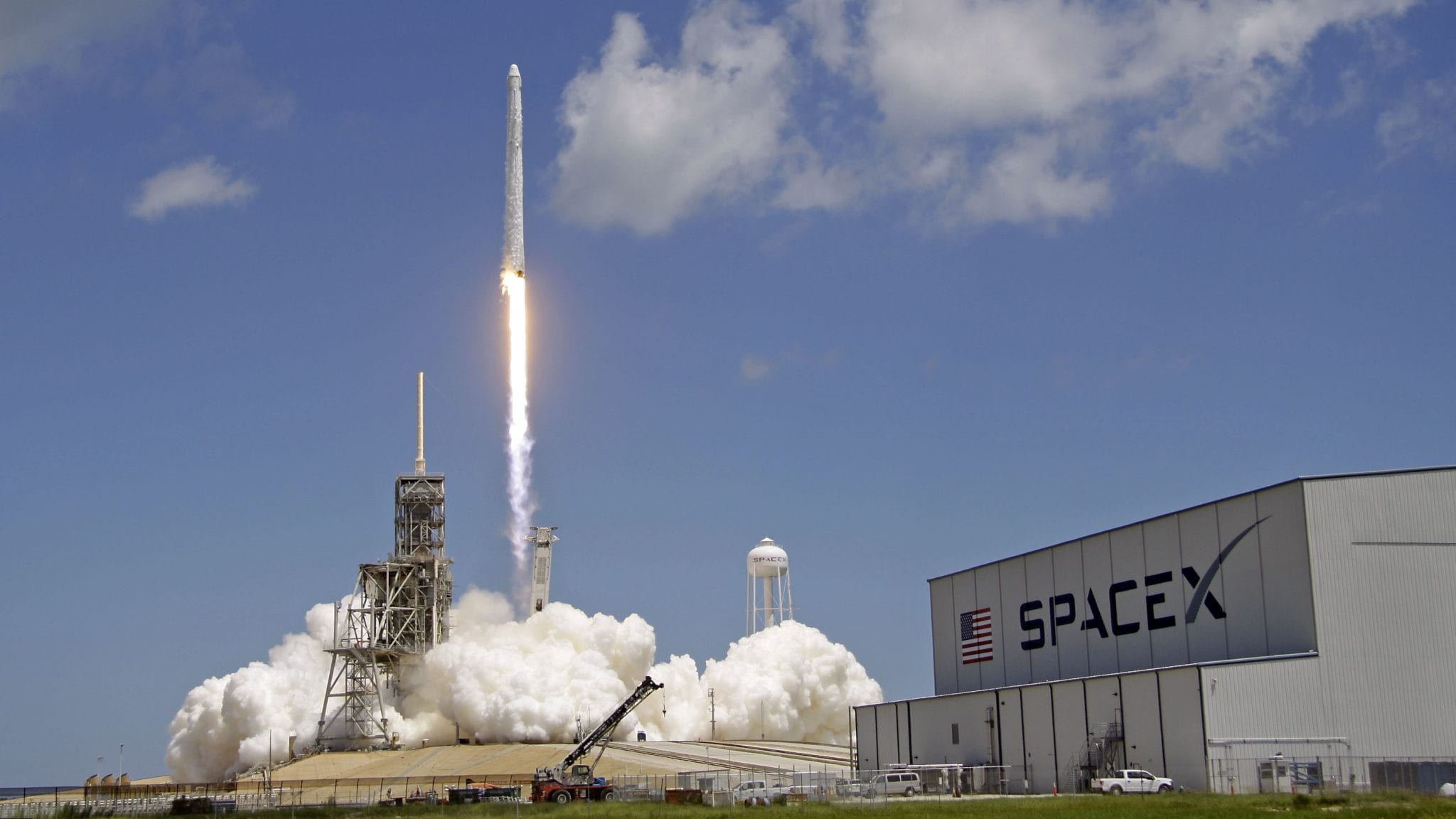 The launch vehicle carried three satellites from Singapore. This includes DS-EO and NeuSAR, belonging to Singapore and built by Starec Initiative, Republic of Korea. The third is a 2.8 kg Scoob-1 of Nanyang Technological University (NTU) Singapore.

India’s space tech landscape is on the verge of exploding. The advancements in the last few years, both from a regulatory standpoint as well as research and development, are fueling the industry to a whole new level – now attracting interests from space tech giants like SpaceX, Blue Origin, Virgin Galactic and startups and investors alike to explore opportunities in India for talent and scale.

In a historical turn of events, this is the first time that the private players are allowed to launch payloads to space. Previously, only ISRO was permitted to launch in space.

Only recently, India announced that it opened up the space sector for private players. The Indian Space Promotion and Authorisation Centre (IN-SPACe) authorised two Indian startups to launch their payloads in space – namely, Dhruva Space and Digantara, and many more to follow in the coming months.

Pawan Kumar Goenka, IN-SPACe chairman, said that the first two launch authorisations issued by the authority are an important milestone. It marks the beginning of private space sector launches in India.

In June 2020, the Indian government launched IN-SPACe to increase private participation in the space sector. Both ISRO and DOS are expected to complement each other in their objective of opening up the space sector to private industries.

Here’s a glimpse of proposed reforms:

Traditionally, the Indian industry was unable to compete because, till now, its role was mainly that of suppliers of components and subsystems. At the same time, Indian companies do not have the resources or the technology to undertake independent space projects of the kind that US companies such as SpaceX, Blue Origin and others have been doing or provide space-based services.

Moreover, with the demand for space-based applications and services increasing significantly within the country, ISRO alone cannot cater to this demand. There is also a shortage of satellite data, imageries, and space technology which is required across sectors, including agriculture, logistics, urban development, disaster management, and others. This calls for greater expansion of space technologies, better use, and increased need for space-based services.

Many Indian companies are using these opportunities, and a few handfuls of companies are developing their launch vehicles, similar to the ISRO’s PSLV that carry the satellites and other payloads into space. For instance, Jio, Bharti Airtel and Starlink are investing in satellite internet technology in India. In addition, the Indian Space Association is pushing the centre to provide subsidies to satellite communication (Satcom) providers through the Universal Service Obligation Fund (USOF).

Some of the factors that companies look into while launching their satellites include per kg launch cost and cost per launch. SpaceX charges around USD 1.1 million per kg of payload on its Falcon 9 rocket. Amazon’s Blue Origin’s full-size research payload lockers cost between USD 50,000 and USD 120,000, and the smaller payload spaces cost as little as $8,000.

ISRO charges about USD 25,000 per kg of payload on its PSLV rocket. However, with India expected to launch a low-cost, easy-to-build, 500 kg payload class small satellite launch vehicle (SSLV), it is expected that the per kg launch cost will reduce to an extent, thus making it an attractive option for customers.

As per reports, the development cost of SSLV in India is said to be about INR 169.07 crore (USD 22 million), and the manufacturing cost is expected to be INR 30 crore (USD 3.7 million) to INR 35 crore (USD 4.4 million). The high launch rate relies on largely autonomous launch operations and logistics.

Interestingly, these are not even the reusable launch vehicles that companies like SpaceX and Blue Origin flaunt. For instance, the cost per launch of SpaceX’s Falcon 9 is around USD 67 million (INR 528 crores).

Also, the Mars mission, launched in 2013, had cost ISRO INR 470 crore (USD 59 million), cheaper than the Hollywood space movie – Gravity, which had a budget of INR 644 crore (USD 81 million). Meanwhile, the Chandrayaan 2 mission’s cost was only INR 800 crore, compared to the sci-fi movie Interstellar movie budget, which was around INR 1,062 crore.

But, the question is, how did they reduce the cost? Sivan said that simplifying the system, miniaturising the large complex system, strict quality control and maximising output from a product make ISRO’s space missions frugal and cost-effective. In addition, he said that they keep a strict vigil on every stage of development of a spacecraft or a rocket, and therefore, they can avoid wastage of products, which helps them minimise the mission cost.

With rising inflation in the US, the space tech giant SpaceX recently raised prices across its products and services, including rocket launches and Starlink satellite internet. Reports show that the price hikes range from as much as a 20 per cent increase for new Starlink hardware to 8 per cent for launches with the company’s Falcon 9 and Falcon Heavy rockets.

With the rupee falling to an all-time low against the US dollar and India opening arms for private players to venture into space tech, there can not be a better time for customers as well as private players in the space tech landscape.

As per reports, India has about 2-3 per cent share of the global space market, which is expected to touch USD 423 billion by 2030. The country’s share will likely expand by 48 per cent CAGR by 2030.

Currently, only 2 per cent of this market is for rocket and satellite launch services, which require fairly large infrastructure and investment. The remaining 95 per cent is related to satellite-based services and ground-based systems. With the new reforms in place, the participation of private players can uplift the whole segment to the next level.

Some notable startups working with IN-SPACe include Dhruva, Skyroot, Agnikul, Digantara and Astrome. Besides these, other startups in the Indian space tech ecosystem include Kawa Space, Bellatrix Aerospace, and Aantriksh, among others. Recently, prime minister Narendra Modi, addressing the 90th episode of ‘Mann Ki Baat,‘ said that there are 100 space startups currently working in the space sector, alongside addressing the pressing issues faced by the space tech industry.

While there is so much focus on space tech in the country, the question remains if global players like SpaceX, Blue Origin, Virgin Galactic and other players can set up their base in India and partner with the government to boost the segment to a new level?

In May 2022, SpaceX announced that its Starlink satellite internet services would be available in 32 countries around the world. In India, its services are currently not available, but the blue colour on the map says ‘coming soon.’

Last year, SpaceX faced a lot of regulatory challenges in the country after the company had claimed to have received over 5K pre-orders from India.

In November last year, SpaceX had registered a fully owned subsidiary called Starlink Satellite Communications, listing Sanjay Bhargava and Anand Prasad as signatories. But, in January 2022, Bhargava stepped down from the company. A month before that, he had announced that it would apply for a commercial licence – i.e. before the end of January 2022.

As per the timeline, Starlink was supposed to start commercial rollout in April 2022 and set up 200K terminals in India by December 2022. “Currently, there are unknowns on when you will get delivery of your Starlink,” mentioned Starlink in its planning document.