Blockchain’s Real Value Will Be The Decentralization of Web: Jaspreet Bindra 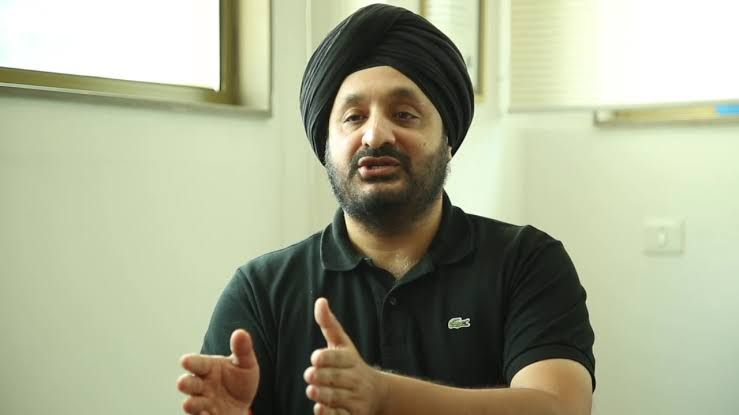 Organisations everywhere throughout the world are being rocked by new advances in innovation, new disruptive business models, and startup development. Business pioneers realize that they have to implement bleeding-edge innovations like Artificial Intelligence, Blockchain, Cloud & Edge Computing, Internet of Things, and change their business models to keep pace with fast environment changes. To discuss the fast-changing shifts, Analytics India Magazine connected with Jaspreet Bindra.

Jaspreet Bindra also known as The Tech Whisperer is considered as one of India’s most prominent technology consultants, having led multiple digital transformation initiatives in the Mahindra Group. He is currently associated with ThoughtWorks as a senior Senior Digital Advisor and also holds the position of Emerging Technologies Advisor to Internet & Mobile Association of India (IAMAI).

The reason we call him the Tech Whisperer is because of the homonymous title of his recent book, which is making the rounds in India’s tech circles. The Tech Whisperer demystifies and simplifies rising innovations like AI, Blockchain, Internet of Things, Virtual Reality, and so on and describes how organisations can utilise these to drive their digital transformation journeys.

Jaspreet’s views on digital transformation are widely known in the tech community. In the book, he gives an in-depth and engaging perspective to anybody hoping to comprehend advanced change and innovation.

Digital Transformation has been touted as a buzzword, and we have seen companies spend billions of dollars on digital transformation projects in the past decade. When asked whether it still remains a buzzword in 2019, Jaspreet shared his unique perspective. It is something Jaspreet describes using the example of the ‘Holy Trinity’ of deities consisting of Bramha, Vishnu and Shiva as per Indian mythology.

“Bramha is the business model — which is one pillar of digital transformation like how you have the Uber-like model. All tech and data-enabled but very difficult to do for traditional companies. Vishnu is about customer experience and is the preserver. You need to preserve a certain level of experience. And Shiva, which is the most important word of the three, is about people,” Jaspreet elaborated.

According to Jaspreet, while all new-age businesses are continually looking for achieving this holy trinity of transformation, very few are successful in the quest. Discussing the topic, he explained digital transformation is not about technology but the culture within a company. Technologies like artificial intelligence remain the means to achieve transformation, but unless the right mindset and digital culture are developed, no business can achieve it regardless of the number of investments made.

Of course, achieving digital transformation entails not just innovative products, services, and customer interactions but also needs a major shift in how employees interact with others within and outside the organisation. Citing a research study, Jaspreet says traditional ways of working are not compatible with the new techniques, and only those companies that focus on creating a digital culture (using tools and practices) can succeed in the transformation.

“I am fond of saying that not very few digital transformations succeed. But if they do, they succeed for many reasons. Most of them fail, and when they do, they only fail for one reason, which is a business culture and people,” told Jaspreet Bindra.

Public Blockchain- The Underground Revolution Of The Tech World

Blockchain is another technology Jaspreet is deeply interested as evident from his popular TEDx video in which he spoke passionately about the value distributed ledgers will bring onto the table. The video became viral, garnering about 700,000 views on YouTube. According to him, blockchain’s real value will come with the decentralization of web – a feature that will make eliminate middlemen and make the internet free from centralized abuse.

Blockchain technology emerged with Bitcoin and other cryptocurrencies, but decentralized money is not the only use case of the technology. Jaspreet says use cases like decentralizing social networks will disrupt how people interact on the web and will be driven by smart contracts and advanced cryptography. At the same time, he feels there is more to be done on issues like blockchain scalability and regulatory matters.

“Blockchain is still going to take time, and still the beginning. Most of the use cases of Blockchain today being discussed are cryptocurrency and remittances et cetera. I think the compelling use case of Blockchain is a decentralizing force and is going to decentralize social networks for example.

When it comes to how blockchain technology may unfold, Jaspreet reveals that genuinely valuable and public blockchains cannot function without an inherent native currency. One prime example is how one of the biggest public blockchain networks like Ethereum (with over a million active developers) operates.

Of course native blockchain currencies have faced resistance from regulators for a while now. But recently even US regulators recognized native Ethereum token -Ether (ETH) as a commodity, deeming it as an open-source piece of software, which can be traded like a commodity.

“People often say they love Blockchain but hate crypto. It’s like saying that I want the economy but I don’t want money,” Jaspreet Bindra added.

In Jaspreet’s book, an entire section titled ‘Man’s Final Invention’ is written by AI. Getting AI to write for his book was an experiment he thought was important, considering the book is based on the impact of technology. So, Jaspreet got in touch with Findability Sciences, Massachusetts-based AI firm. Using a product called FP-Summary- an innovative unsupervised method for automatic sentence extraction using graph-based ranking algorithms – an entire chapter came to life.

“As I was writing about AI for this book, I started thinking of if and how an AI could write about itself. Would it think of itself and its ilk differently than how I thought of it? Would it have an opinion, or a way of structuring the description in a more ‘logical’, ‘machinelike’ manner? Will there be emotion in the writing, will there be soul?,” Jaspreet stated.

According to Jaspreet, while narrow AI is advancing quickly and can be made very good in doing one task, Artificial General Intelligence is still far away from reality. but when it does come to life, it may very well be “man’s final invention,” he said.

“Computers aren’t super-intelligent yet, they are just amazing data processing machines. You have given the ability of mathematics away, not the ability of creativity, so there is the real thing,” Jaspreet Bindra told.