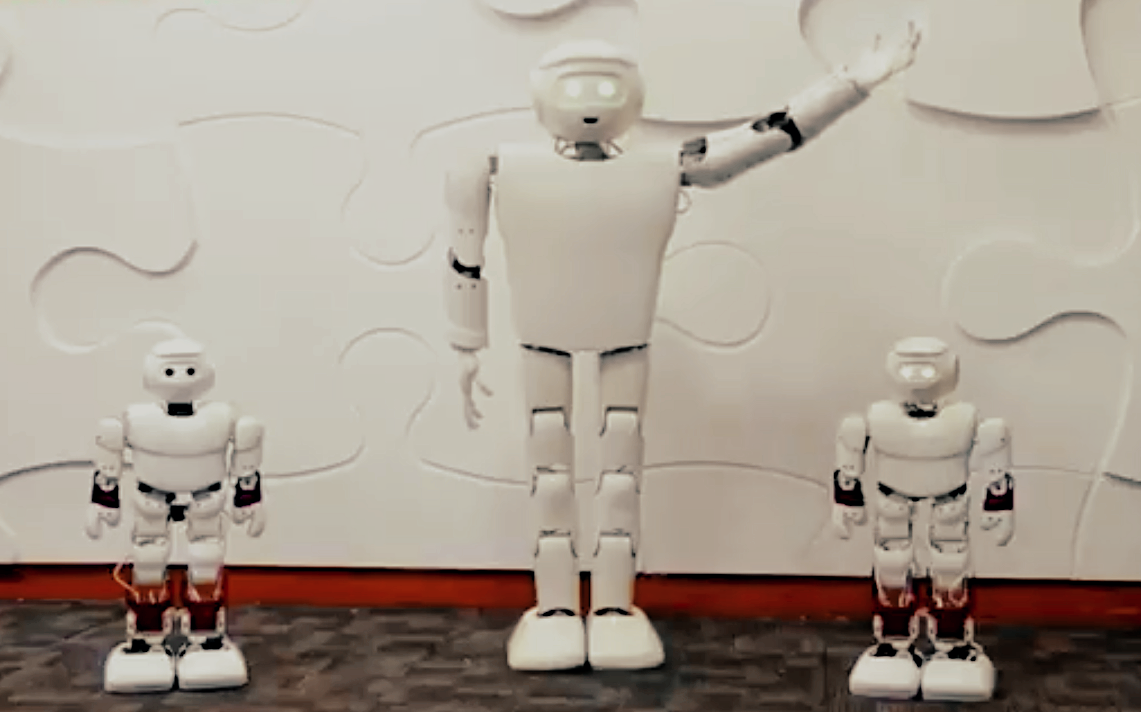 Passengers visiting Bengaluru airport may soon be greeted by a special robot assistant. Built to suit the needs of the Kempegowda International Airport, the little bot assistant, named KEMPA, will answers queries of confused passengers in English as well as Kannada.

Unveiled in a minute-long video by Priyank Kharge, Minister of state for Information Technology and Tourism, Government of Karnataka, KEMPA introduces himself as, “KEMPA, an advanced humanoid completely designed and manufactured in Bengaluru. I’m designed for deployment at the Kempegowda International Airport where I can be of assistance to you for flight-related queries, suggest places to visit in Karnataka, or simply entertain you on conversation with artificial intelligence over a cup of coffee.”

Kempa, our humanoid is trying to learn Kannada as well. Here is how he will interact with you. He will soon be smart enough to have a conversation with you. @KarnatakaWorld @Gaurav_Gupta67 @KbitsMd #Elevate pic.twitter.com/84tkjEEm3p

Kharged added that KEMPA has been built by a Bengaluru-based Sirena Technologies, a startup which has benefited from government initiatives. “We’ve created an environment for startups to come up with innovations. This humanoid is completely made in Bengaluru,” he said.

The robot KEMPA is programmed to provide flight and check-in details and other information about flights. While the bot is still being tweaked and is getting ready for the official launch, Kharge seems excited about the project.

Interestingly, humanoids and chatbots have been gaining popularity in India for quite some time now. Last year, the indigenously made robot Mitra was a part of the Global Entrepreneurship Summit held in Hyderabad and had welcomed Prime Minister Narendra Modi and Ivanka Trump, First Daughter and advisor to the President of the United States Donald Trump. Interestingly, Mitra has also been built by a Bengaluru-based startup named Invento Robotics.

In 2016, Lakshmi, an Artificial Intelligence-powered robot had made its debut on the big stage at the City Union Bank based in Chennai, Tamil Nadu. The humanoid was introduced by the bank to deal with the humongous number of customer queries.