The interesting aim of LaLiga Tech is to get everybody to a similar level to make sports more entertaining. 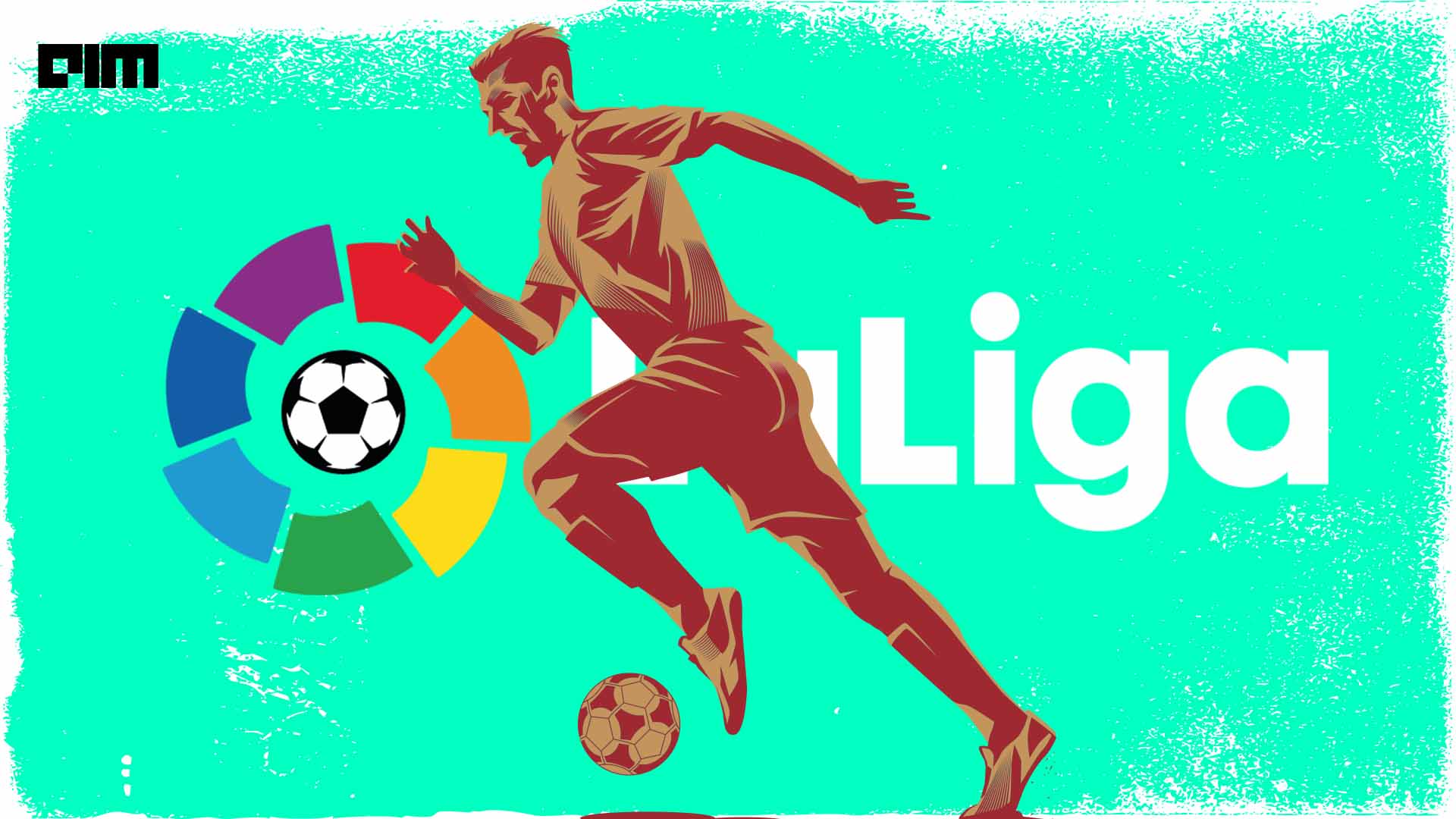 Recently, Liga Portugal partnered with LaLiga Tech to protect its brand against counterfeiting. As a result, each of the 36 soccer clubs in Liga Portugal 1 and Liga Portugal 2 was able to deploy LaLiga Tech’s Brand Protection technology that utilises machine learning to identify counterfeit products sold online. This is, however, just one of the instances of how LaLiga Tech is revolutionising the sports industry.

Although the basic principles hail strong today—several sports have entered the digital realm to offer new interaction possibilities with fans and players.

Here’s an inside look at the ecosystem of LaLiga Tech, the organisation transforming sports and entertainment through bespoke products based on fan engagement, competition enhancement and competition management.

Tom Woods, head of communications and strategy at LaLiga Tech, claimed that this is the first time a sports league has produced a full-scale technology offering on this level. LaLiga Tech exists as a separate entity. It’s a sports technology provider that works with leagues around the world and aims to modernise the industry by bringing the players to an equal level.

“We need to have more than two or three very advanced clubs and leagues. The interesting aspect about LaLiga Tech as a competition is that everybody gets to a similar level to make sports more entertaining, which will help the industry grow,” added Woods.

Data in the play

The data has to allow the business to make the best decisions based on customer insights, explained Milena Guerra, who has been heading customer intelligence for over a year. Her team performs audience segmentation, ad hoc analysis, and customer profiling tasks. They are also responsible for creating KPIs along with optimising and developing different dashboards that allow the business to obtain information.

Guerra thinks obtaining the best extractor for the data is very important to allow the information to get to the business quickly. “At this point, for each type of data typology, we decided to build the logical domain, for example, from profiles and ticketing for different games. The typology of information has its domain, and we build in them the product. It allows us to deliver high quality, ready to use data for all people in the organisation,” she added.

Privacy and compliance are very important. With the imminent disappearance of third-party cookies in the future, Milena Guerra believes that they’ll face a big challenge in the coming years in data management. The team is therefore working on several pilots to prepare how to oversee the data. “We have our DPO department that is in charge of the information and monitoring the compliance of the organisation with all legislation in data protection,” she said.

For development, the departments mostly use Python. They work majorly with Microsoft services like Azure Databricks and Power BI for visualisation.

“We basically do all the magic,” said Rafael Zambrano, chief data scientist at LaLiga Tech. “All the predictions related to data, not only with football but also with the fans. We create models for predicting churn or propensity and fraud models to detect fraud in matches.”

Zambrano, who has been with the firm for over four years, said, “We have different time schedules, different budgets. We must make products for every client, not only LaLiga”.

Additionally, addressing the emerging tech around AR/VR, Tom Woods said, “There are certainly conversations being held. We know virtual reality will be an important part of future fan experiences. For example, we have built an augmented reality experience in a theme park here in Spain that allows fans to explore the LaLiga environment. I think the priorities are in other areas right now, but obviously, we have a keen eye on new technologies.”

What LaLiga Tech gains from partnerships?

Woods shares that, “For La Liga and Liga Portugal, the agreement is based on sharing some of our technology tools and expertise to help them transform digitally. They are looking for ways to protect their brand against counterfeiting, like fake merchandise. It also focuses on getting closer to its fans and building a direct relationship with them.”

Recently, LaLiga partnered with Globant, an Argentina software giant, to bring Web3 and metaverse experiences to its fans. Globant brings deep, immersive technologies expertise and has built some of the most successful gaming environments. So, that is an area of growth for all leagues, and the partners will likely explore that in detail over the coming years.

Rafael Zambrano said, “There is a need for this industry to bring more expertise from the proper technology world. The knowledge can be extended to other sports and companies. In the United States, they are doing these things, but in Europe, everywhere we go, they say that La Liga is fascinating to them, the things we’re doing with technology. We can do much with what we have learned all these years.”

Tom Woods has been a part of the entity for half a decade and said, “If sport is going to grow and maintain its relevance as an entertainment product, we must work together and pool our resources. Ultimately, the competition has to evolve.”