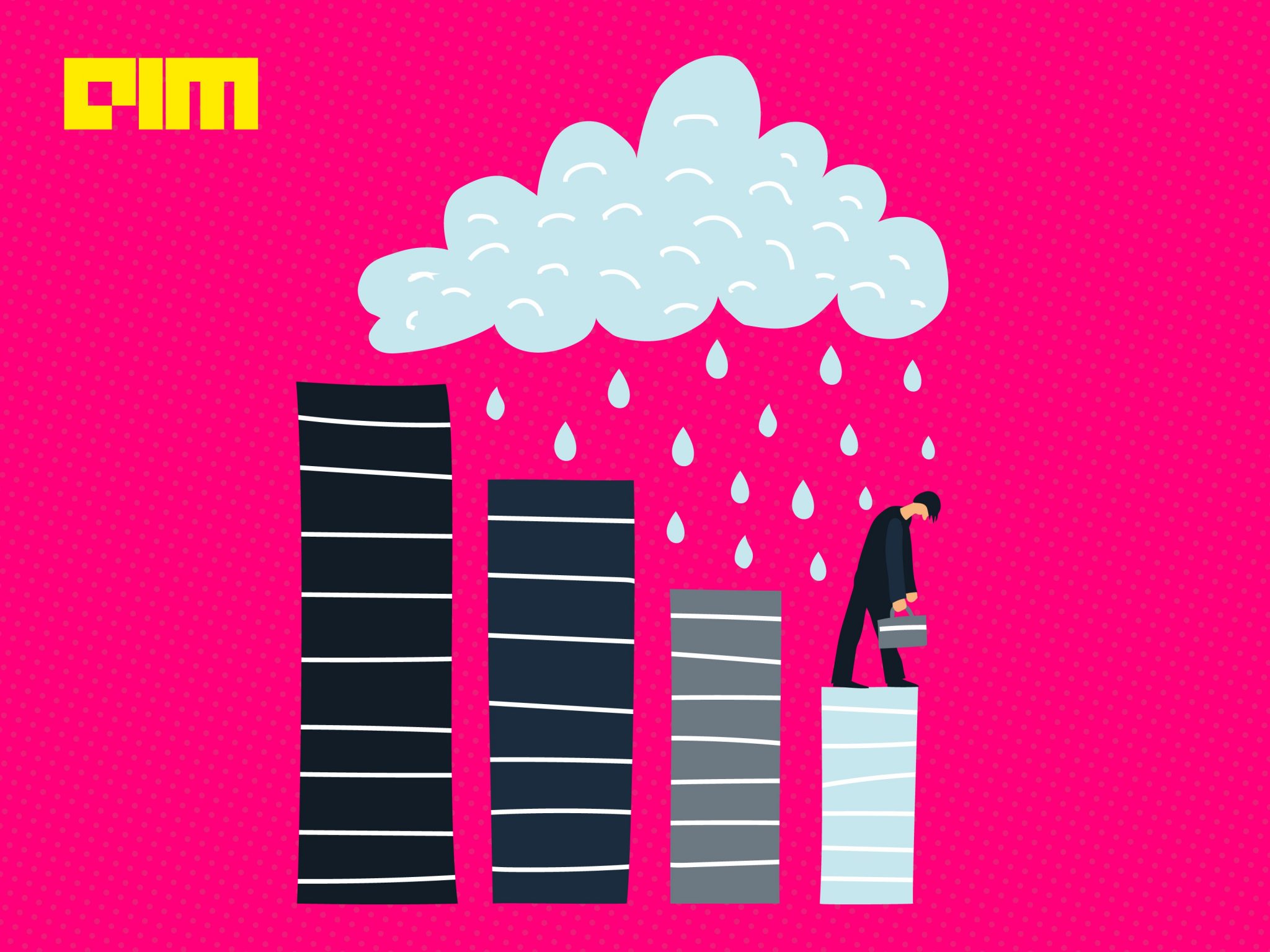 We have seen quite a few cases of layoffs recently in India, including many companies from the IT sector. The list contains Cognizant, Infosys, Deutsche Bank, Capgemini and UiPath, among others, and highlights the fact that economic recession may be upon us soon. A ripple effect starting with a slowdown in the economy post the NBFC crisis, leading to a terrible year for the automotive industry has now reached the IT/ITES which too is showing signs of slowing growth. There is also a highly pronounced cautionary approach by companies in terms of hiring and retaining talent.

As the technology segment of the Indian economy has a bigger dependence on global clients, IT-based outsourcing is the place most of the income lump originates from. On the off chance that the downturn hits the world, the Indian IT market may see more harm. The recent layoffs by tech companies like Cognizant and Infosys highlight the recession fears are real, and the situation may be worsening for the large IT players.

Layoffs: Optimising Costs For The Workforce

Companies are making fast steps to cut back any extra costs related to jobs. Here, costs and automation are playing a key and helping rejig the workforce.

Let us take Cognizant’s example — a company which has 75% of the organisation’s workforce (290,000-worldwide) in India alone. Cognizant announced a net firing of 7,000 in its workforce in India, primarily due to a renewed focus away from content as well as cost optimisation. The company has faced criticism due to the fact that it reported a decent quarterly profit and yet announced layoffs.  For the third quarter which ended September, Cognizant registered a revenue of $4.25 billion, up 4.2% from the comparable quarter last year.

On the hiring side, Cognizant workforce has now honed its attention on freshers. It has expanded compensations for entry-level employees and is laying off mid-and senior-level workers to account for talented youngsters. Cognizant’s cost optimisation by hiring more freshers comes as a silver lining though raising worries of professional stability for the mid-level employees. The company has told it may see an annual cost savings of $500-550 million by optimising workforce at the senior level and also exit from a business that is not in line with its strategy such as content moderation.

The total number at layoffs at Infosys amount to 4,000-10,000 people and the company has reasoned that as a high-performance organisation, involuntary attrition is crucial for the usual course of business and should not be interpreted as any mass trimming across any level. The layoffs were needed for the company due to a strong focus on cost optimisation and rising needs for technology skills. It too has renewed its focus on hiring skilled freshers to not only save costs but also renew tech skills.

The Positive Side For India’s Job Scenario

But, if we look at the positive side, innovation is also bringing in hope for new jobs. Technology will trickle down to SME businesses to help create new business models or bring new efficiency to the existing ones. Talking about job creation through tech, Software Technology Parks of India (STPI) is expecting to make around 15,000 direct jobs through North East BPO Promotion Scheme (NEBPS).  STPI is an association under the Ministry of Electronics and Information Technology (MeitY).

Government of India has invested ₹50 crore to boost the foundation of 5,000 seats in regard to BPO/ITES activities in the area. Similar investments are being made across different states in collaboration with government and industry bodies. Tamil Nadu, for example, got ₹6,500 crore as investments in the IT and ITeS industry in the last one year and it has led to about 60,100 new jobs in Tamil Nadu during the time frame, stated Chief Minister Edappadi K Palaniswami.

Reliance which has around 6,000 programming engineers, is also focusing on enlisting a lot more to achieve its innovation projects relating to artificial intelligence, telecom, blockchain, IT services. Toward this path, Reliance has likewise put resources into 14 new businesses to help drive various initiatives to make AI-first economy, and focus on SMEs of India. The company said would hire about 6,000 more employees in this financial year.

The SMEs in India incorporate 63.4 million units and records for almost 30% of India’s GDP, utilising around 460 million individuals. The division likewise compensates for 33.4% of India’s yield in manufacturing, offering work to around 120 million Indians, as indicated by CII. In fact, the promise of technology is so significant that that digitisation of SMEs could grow their commitment to India’s GDP by 10% points, driving it up to 46-48% by 2020.

And it’s not just a few instances of hiring. In fact, the net hiring by the top three IT companies —  TCS, Infosys and Wipro climbed 59% in the September quarter compared to the June quarter. TCS, Infosys and Wipro, together with hired 28,157 employees against 16,687 in Q1FY20. Here, the hiring seems to be more focused on freshers, as discussed previously.

Startups Are Manufacturing Jobs At A Decent Rate

With the extension of more than 1,300 new businesses this year, India continues bracing its circumstance as the third greatest startup framework on the planet, as demonstrated by IT industry body Nasscom. India similarly observed the development of seven Unicorns this year till August taking the hard and fast tally to 24, which again is third beside US and China.

There are around 430,000 employments from startups and 60,000 of them in 2019, as per Nasscom-Zinnov report. India’s startup environment can possibly make up to 12.5 lakh direct employment by 2025, from 3.9-4.3 lakh direct occupations in 2019, as indicated by another report from industry body Nasscom.

As the world gets ready for an economic downturn, trade wars between the US and China are adding to the uncertainty. India is in a turbulent circumstance, also with a slowing financial circumstance, as shown by the falling quarterly GDP rate. A significant level of non-performing assets (NPAs), NBFC emergency and moderate credit development stand before the economy.

The bad news is recession coupled with automation may see more India layoffs in the coming days, particularly in industries where repetitive processes are involved. The reason is Indian companies will focus on cost optimisation by using automation tools. The major task, in that case, is the investments in infrastructure and reskilling as new-age skills will drive the creation of new jobs. Cutbacks over various areas are representing a test that requires reskilling and vocation support for workers. In a developing nation like India, there are open doors for job creation as there is no lack of opportunities. It, of course, requires astute planning and reconsidering the job market in alignment with new technologies.

Python Just Overtook Java On GitHub, But How Did It Fare Overall?

How Analytics Companies Can Encourage Their Surviving Employees After A Downsize

5 Ways Data Scientists Can Prepare Themselves For The Industry Layoff