Recently, the Linux Foundation’s Artificial Intelligence team released Boreas, an open-source framework which is also the second software release for its Acumos project. With this release, the framework will enable developers to create, train as well as make license verification of AI, machine learning, and deep learning models and applications. 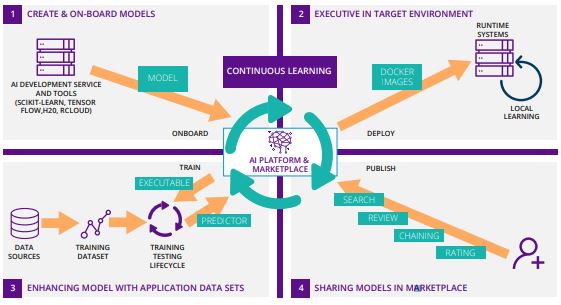 The first release was called Athena which was announced in November 2018. This version includes a graphical interface for chaining together multiple models, data translation tools, filters, and output adapters into a full end-to-end platform. It also has an advanced user portal with the ability to personalise marketplace view by theme, data on model authorship as well as to share models privately or publicly and user experience upgrades.

Linux Foundation’s Artificial Intelligence is backed by several eminent technology leaders. Giants such as Nokia, Ericsson, AT&T, and Orange, among others, are a part of this foundation. According to the multinational electronics company, Nokia, the possibilities of Acumos in powering ML model marketplaces around network automation and evolved 5G RAN architecture’s near real-time RAN Intelligent Controller is huge in the coming years.

Indian multinational providers of IT, Tech Mahindra is one of the LF Deep Learning members. The tech giant is integrating Acumos into a number of its initiatives such as TechMahindra GAiA is the first enterprise-grade open source AI platform which is hosting a marketplace of AI models for a wide group of industry verticals.

Dr Satish Pai, senior VP and SBU head, Americas Communications, Media and Entertainment, Tech Mahindra said, “We are proud to be a key contributor to the Acumos Boreas release, another milestone towards creating a collaborative ecosystem for AI along with AT&T and LF. At Tech Mahindra we are committed to leveraging technologies like AI, both on IT and networks side to help our customers RUN better, CHANGE faster and GROW greater. TechMahindra’s GAiA, powered by Acumos is another testimony of how we are accelerating innovation in the AI space.”

Check out the official press release here for more details.