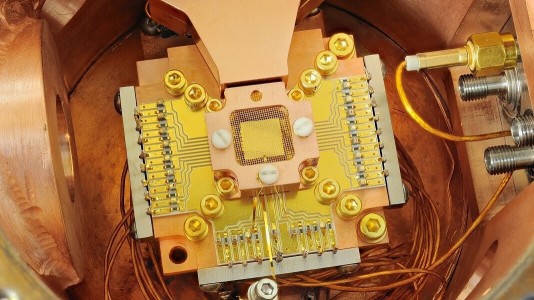 Quantum computing has opened multiple doors of possibilities for quick and accurate computation for complex problems, something which traditional methods fail at doing. The pace of experimentation in quantum computing has very naturally increased in recent years. 2020 too saw its share of such breakthroughs, which lays the groundwork for future innovations. We list some of the significant quantum computing projects and experiments of 2020.

IT services company Atos devised Q-Score for measuring quantum performance. As per the company, this is the first universal quantum metric that applies to all programmable quantum processors. The company said that in comparison to qubits, the standard figure of merit for performance assessment, Q-Score provides ‘explicit, reliable, objective, and comparable results when solving real-world optimisation problems’.

The Q-Score is calculated against three parameters: application-driven, ease of use, and objectiveness and reliability.

It was found that the calculations performed in this experiment were two times larger than the previous similar experiments and contained about ten times the number of quantum gate operations.

A new method was introduced to return an estimate of the effective noise with relative precision. The method could also detect all correlated errors, enabling the discovery of long-range two-qubit correlations in the 14 qubit device. In comparison, the previous methods would render infeasible for device size above 10 qubits.

The tool is highly scalable, and it has been tested successfully on the IBM Quantum Experience device. The team believes that with this, the efficiency of quantum computers in solving computing problems will be addressed.

Canadian quantum computing D-Wave Systems announced the general availability of its next-generation quantum computing platform. This platform offers new hardware, software, and tools for accelerating the delivery of quantum computing applications. The platform is now available in the Leap quantum cloud service and has additions such as Advantage quantum system with 5000 qubits and 15-way qubit connectivity.

It also has an expanded solver service that can perform calculations of up to one million variables. With these capabilities, the platform is expected to assist businesses that are running real-time quantum applications for the first time.

Physicists at MIT reported evidence of Majorana fermions on the surface of gold. Majorana fermions are particles that are theoretically their own antiparticle; it is the first time these have been observed on metal as common as gold. With this discovery, physicists believe that this could prove to be a breakthrough for stable and error-free qubits for quantum computing.

The future innovation in this direction would be based on the idea that combinations of Majorana fermions pairs can build qubit in such a way that if noise error affects one of them, the other would still remain unaffected, thereby preserving the integrity of the computations.

In December, Intel introduced Horse Ridge II. It is the second generation of its cryogenic control chip, considered a milestone towards developing scalable quantum computers. Based on its predecessor, Horse Ridge I, it supports a higher level of integration for the quantum system’s control. It can read qubit states and control several gates simultaneously to entangle multiple qubits. One of its key features is the Qubit readout that provides the ability to read the current qubit state.

With this feature, Horse Ridge II allows for faster on-chip, low latency qubit state detection. Its multigate pulsing helps in controlling the potential of qubit gates. This ability allows for the scalability of quantum computers.