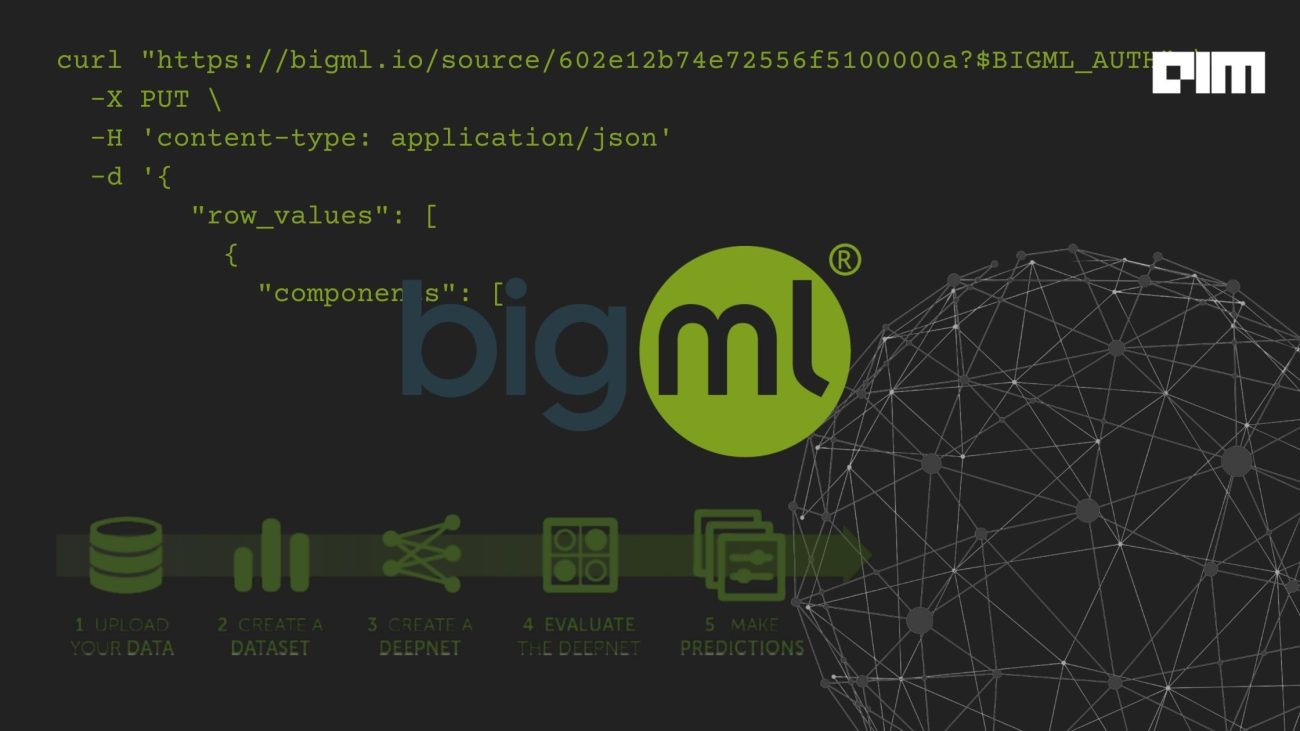 Machine Learning as a Service (MLaaS) is a big deal in the cloud market. Forbes predicted that the global machine learning market would go from $7.3B to $30.6B by 2024. To fuel this growth, data scientists and ML engineers are tasked with building more models to keep up with the ever dynamic business needs of customers and shareholders.

One need not have a deep knowledge of ML techniques to get the most out of it which makes BigML stand out in the market.

Founded in 2011 by serial entrepreneur Francisco J. Martin, BigML is an ML service that offers an easy-to-use interface to import data and get predictions out of it. BigML allows you to build machine learning and deep learning models without the need for any coding.

In an exclusive conversation with Analytics India Magazine, Atakan Cetinsoy, vice president, Predictive Applications at BigML, explained, “Our mission has been to make ML easy and beautiful for everyone. This contrasts with the complexities introduced by traditional ML tools, be they open source libraries of commercial tools. Our team’s foresight into how critical a role ML can play for businesses has been on the mark as the last decade has proven.”

A pioneer in the domain

BigML’s first version was launched in 2012. The team started with simple decision trees and added many more supervised and unsupervised learning models to the platform with each release.

Decision trees are a supervised learning method used to build a model that predicts the value of a target variable by learning simple decision rules from the data features.

“Back then, ML was mainly an academic research topic and had not yet encountered the business lexicon. As a result, most of the sales meetings in the early 2010s started by explaining what ML was to business executives. BigML has literally pioneered the ML-as-a-Service movement,” said Cetinsoy.

The platform’s easy-to-use user interface (BigML Dashboard) enables no-code ML, and it requires little to no background in ML. “If you have a background, it certainly helps, but over the years, we have witnessed many engineers and business experts take up BigML, starting with free educational videos and optionally continuing with certifications to be able to build smart applications on top of the BigML platform. We also provide detailed documentation as we don’t believe in black-box ML approaches,” he added.

BigML has written all of its ML algorithms from scratch instead of stitching together several open source packages to offer a more frictionless and uniform end-user experience that is very robust. This approach has a higher upfront product development cost.

“Still, after a decade and over a million lines of source code, we are in a very good place regarding our platform maturity and overall end-user experience,” said Cetinsoy.

As a pioneer of the ML-as-a-Service space, BigML’s no/low-code approach to ML eliminates the barriers to entry for a much larger audience than just PhDs and data scientists that most other tools target. It provides a REST API that works well with programming languages including Python, Ruby, and Java.

BigML offers many binding choices for developers to build custom workflows with their favourite programming language to solve a specific predictive use case. As an API-first company, BigML has crafted one of the most comprehensive ML API where not just models but also datasets, evaluations and many more platform artefacts are first-class citizens.

There are many tool providers in the ML software space. In a sense, all ML platforms compete against non-consumption in the form of businesses that have not yet rolled out production ML systems. After that comes the internal IT teams looking to build their own ML platforms, which is very costly and risky unless you’re a tech giant.

The old guards like IBM, SPSS and SAS have been playing catch up, looking to offer ML capabilities in the cloud over the recent years. However, this can cannibalise their traditional statistical software business and has not been a smashing transformation given the high costs and confusing product portfolios. That leaves VC-funded startups like DataRobot, RapidMiner and Dataiku that rely on an amalgam of open source libraries under the hood. As a result, their APIs are lagging. Some have struggled against the new macroeconomic backdrop given their high burn rates.

“Although I cannot provide a detailed comparison table, I can summarise that BigML comes out on top due to its smooth learning curve, free tier access that allows everyone to experience the platform, flexible deployments and cost-effective private deployments,” said Cetinsoy.

Focusing on challenges in the current developers’ ecosystem, Cetinsoy said, “Developers have choices to make when it comes to building smart predictive applications. Those range from already trained models exposed via APIs that can tackle a specific use case or type of data (e.g., speech recognition) to open source tools and libraries with rather steep learning curves (e.g., Tensorflow).”

BigML’s latest release is Object Detection, which delivers an incredibly easy-to-use Object Detection capability. Before that, Image Processing was released, allowing BigML users to treat images as just another data type. Both the recently released features are extremely helpful to tackle a wide range of computer vision use cases such as medical image analysis, quality control in manufacturing, licence plate recognition in transportation, and people detection in security surveillance.