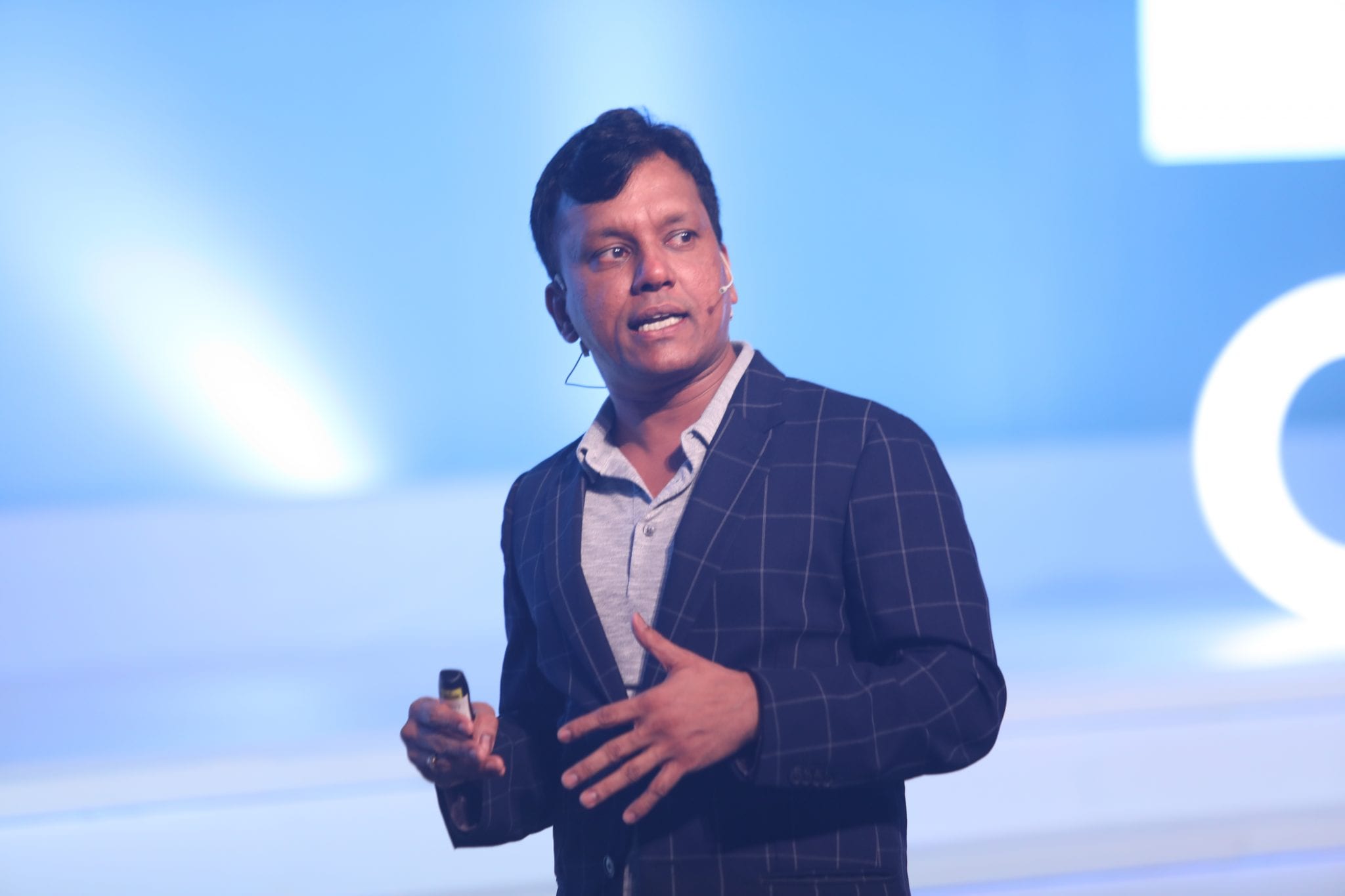 And man will create God again, says Atul Jalan. Artificial Intelligence has always fascinated Atul Jalan – from his Asimov & Clarke phase to his current role as Founder CEO of Manthan. In the past couple of years, Atul has incorporated AI into Manthan entire product range – delivering not just the world’s first conversational agent for business analytics but also taking recommendations to a purer level with AI.

Speaking on his favourite topic (everyone’s favourite topic, actually), he cuts through what he calls the “hullabaloo, hyperbole and hubris” that surrounds AI to give us a new perspective on what awaits us in the near future. (And don’t you worry, the prophecy is divine!)

Atul begins with the tiny change 70 million years ago that put primates inside, and humans outside the bars in the zoo – the opposable thump. If that tiny change could make us this mighty race, what could another change of that magnitude result in? This question, is the crux of Atul’s point.

John McCarthy once said that as soon as it works, AI ceases to be AI. Atul proved that statement, by pointing the audience to their smartphones. Most of what our phone does today, was in the realm of science-fiction not too long back. Without pausing to think about it, we have already allowed the AI in our phones to influence our lives, considerably. Where will this take us?

“Math and science have evolved to the point where it can absorb its own complexity; making the most sophisticated science applications, most intuitive,” Atul says. This means that adoption will not just be faster, it might also be without question. We will just keep making AI a part of ourselves.

And as we augment this frail, fallible human self with the infallible power of AI and other emerging sciences, we might be making man’s second great transition. If the first was getting down from the tree, the second might be ascending into heaven.

Having laid this goose-pimply foundation, Atul takes us (with enough and more examples) through what happens when genetics and AI gets added to ‘man’. We could well and truly transform into our own imagination of godhead; an omniscient, omnipresent, omnipotent divinity. When you think about it, isn’t that the path we have followed all along? We invent the story and then invent the technology that makes the story come true.

And along this path to becoming gods, Atul also believes that we will be forced to ask ourselves (and answer) some really tough questions. Questions that we have often (conveniently) left to philosophy and religion – like what is it to be human, what is consciousness, where do reason and knowledge come from. For, to progress with AI, we need the answers to these questions. And for the first time in the history of mankind, we have the ability to look at these questions from an algorithmic – as opposed to a philosophic – perspective.

Atul also touches upon the changes we will see as we don our new, divine garb. About how we will change how we look at jobs, love and sex, and the rules that govern our ‘human’ lives.

So how do you and I actually become gods? Will this happen in our lifetime? The best person to answer those, is Atul Jalan.