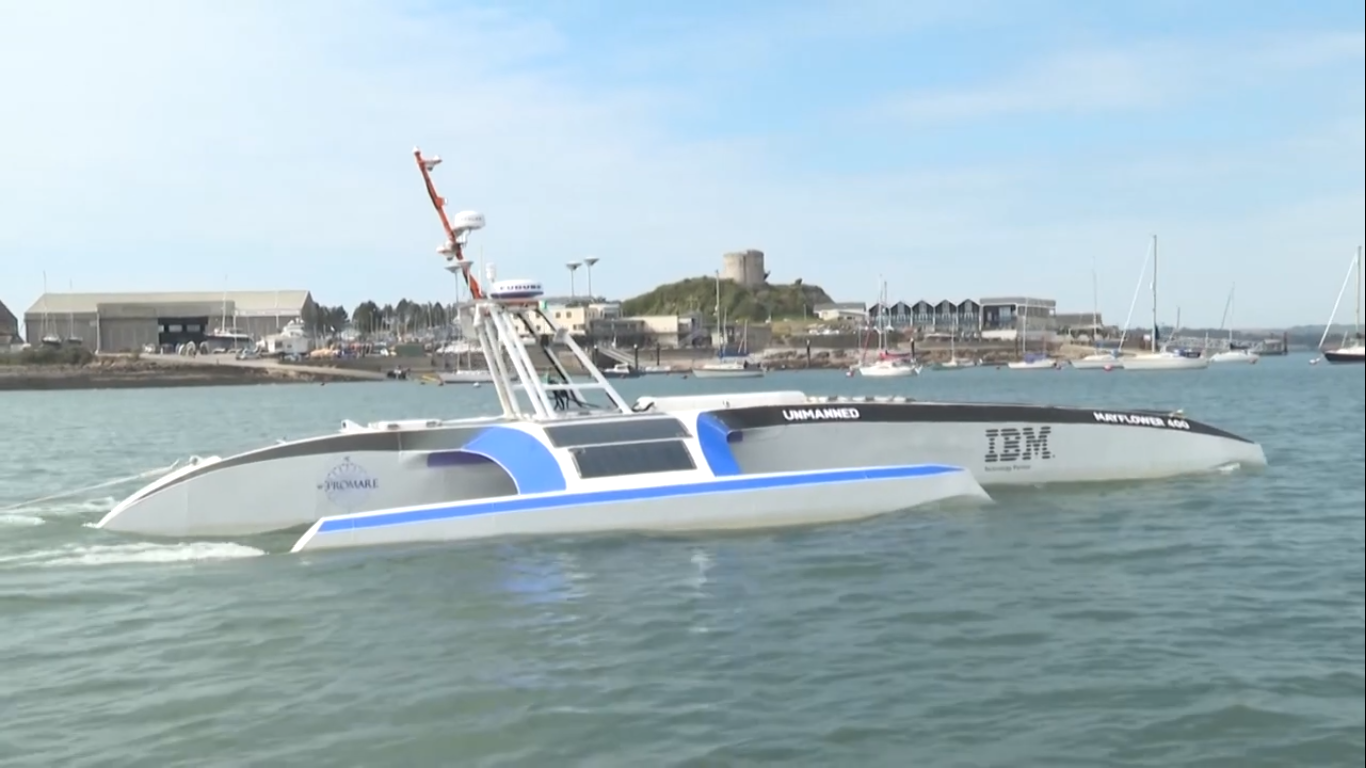 A team of researchers from the marine research organisation ProMare with IBM acting as technology partner recently built the world’s first intelligent ship known as the Mayflower 400.

According to reports, the team of researchers claimed that this ship is the world’s first unmanned vessel to navigate across the Atlantic ocean. The ship is 15 m-long trimaran, which weighs nine tons and navigates with complete autonomy, is preparing for a transatlantic voyage. The trimaran is automated from the robotic rudder as well as steers it to the diesel generator that supplements its solar power.

In a report published, Brett Phaneuf, co-founder of the charity ProMare and the mastermind behind the Mayflower project, said that the ocean exerts “the most powerful force” on the global climate. Eighty per cent of the underwater world remains unexplored. “A variety of technology and service providers have contributed to the project, with hundreds of individuals involved from nations including India, Switzerland and the United States,” Phaneuf added.

Powered by AI and the energy from the sun, the Mayflower Autonomous Ship will be able to spend vast periods of time at sea, collecting data about the ocean. However, the autonomous ship is yet to achieve the capability to sail under the worst conditions of weather and it will take some time to gain the same. In the coming phase, the boat will be able to correct itself “and then learn itself” like a human.

Delayed due to Covid, the launch was meant to take place last year to mark the 400th anniversary of the sailing of the original Mayflower, a ship that took settlers from England to North America. The autonomous ship is scheduled to set sail from Plymouth UK to Plymouth Massachusetts on May 15 if the weather is favourable and permission is granted by the British authorities.

Robots Do Not Need A Centralized Authority Anymore

How Researchers Are Solving Cybersecurity Issues In Autonomous Vehicles