The company’s move to sell to consumers directly has pushed it away from its social commerce roots, stepping into the race with other e-commerce giants such as Flipkart and Amazon 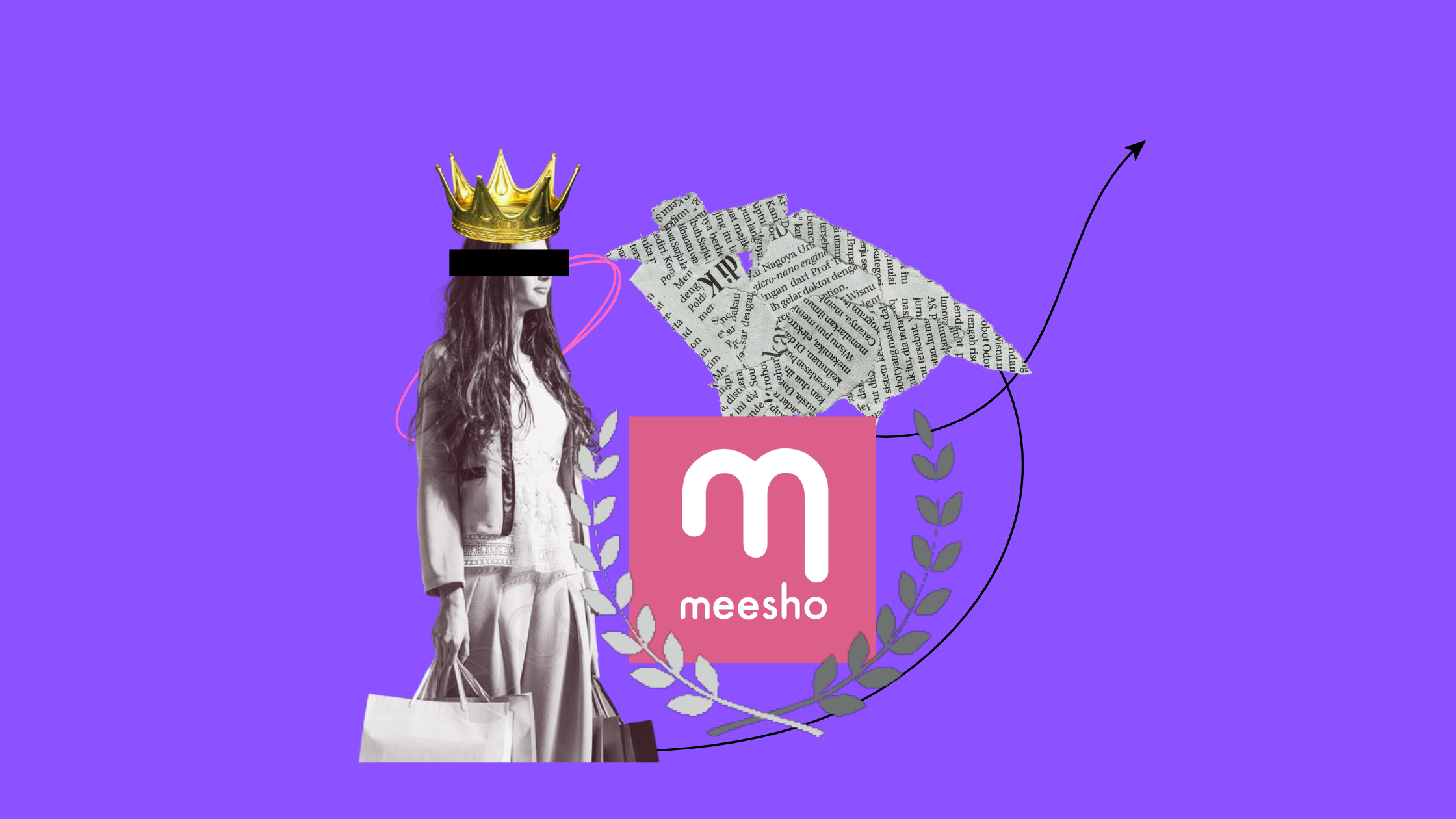 It’s the festive season, and India’s e-commerce is booming. With evolving customer aspirations, internet penetration, and increased smartphone users, the nation is driving growth just beyond catering to the metros.

A Bain & Co and Flipkart report predicts an annual swell of 25-30% for the next five years for the e-commerce business in India. The steady increase in user-base is estimated to beat the United States that has the second-largest ecommerce shopper base, in the next one or two years.

USD 5 billion startup and SoftBank-backed Meesho may be new to the game, but is no less a contributor to the market. Largely known for selling unbranded products, the e- commerce platform is now aiming for branded products, as it expands itself to a direct-to-consumer (D2C) business. The unicorn, however, appears to be held captive to the objectives it had previously set.

Meesho was founded in 2015 by IIT Delhi graduates Vidit Aatrey and Sanjeev Barnwal who then claimed to have a unique business model that would empower small businesses. Cut to the present, the platform received strong backing from investors, raising USD 1.1 billion.

While the unicorn has been popularly known for its seller policies to digitize MSMEs and small business, it faces questions on its changing business model. When asked to define on the company,  Meesho’s CXO-Business Utkrishta Kumar told ET, “We are a horizontal e-commerce company.”

Initially, the company started off as a reseller platform which allowed users to resell products via channels like WhatsApp, Instagram, and Facebook. Moreover, the company primarily focused on driving entrepreneurship among women in the country. But today Meesho is an e-commerce firm that aims at buyers and sellers across Tier 1, 2, and 3 cities.

The company plans to bring in the next billion users into the e-commerce fold – with the core of offering users access to a wide selection of products – exemplified by a large seller-base.

“What makes Meesho’s proposition unique and appealing is its guiding principle which is ‘democratizing e-commerce’,” highlighted Kumar.

Right from its launch, the now $5-billion firm had entered Indian e-commerce with its reseller-led, women-focused, and a model of zero-commision. But the company’s move to sell to consumers directly has pushed it away from its social commerce roots, stepping into the race of other giants such as Flipkart and Amazon.

However, the firm claims that it does not believe it fights in the same realm. It believes to stand different from the other e-commerce giants by zero-commision models and selling unbranded products – making a leader of its own.

A source familiar to the company said that about 80% of Meesho’s users and 65% of transacting users are from its direct-selling business. And Meesho now wants a larger share of its user’s wallet by onboarding “affordable brands” on its platform.

Reseller platform, B2B commerce, live commerce, grocery delivery, and a marketplace – there’s no model in e-commerce that the company has not looked to tap into.

Meesho emerged the second-largest player by order share in this year’s festive sales – beating Amazon – with Flipkart still topping the market. This was based on a report by Redseer published last month, that noted that the company ranked second with about 21 percent order share.

The platform posted one of its best festive sale performances during its flagship ‘Meesho Mega Blockbuster Sale’ held earlier in September. A 68% year-on-year spike had also been witnessed by the firm, being the biggest festive sale performance so far. Several celebrities such as Deepika Padukone, Kapil Sharma and Sourav Ganguly were roped in to create a buzz around the project. Meanwhile, the copy-paste blunder made by Ganguly’s social media team in September went viral in no time.

However, the users had a different take on Meesho’s move.

Fitting into the e-commerce race

It’s evident that Amazon is moving aggressively towards smaller towns for growth markets that somehow eliminated Meesho’s differentiation. Amazon, meanwhile, announced that its ongoing ‘Great Indian Festival’ this year has turned out to be the biggest-ever event for the e-commerce firm. Amazon India’s VP and country manager Manish Tiwary, says, “The Great Indian Festival is turning out very clearly to be our biggest-ever event in terms of value and units sold. More than 80 percent of our new customers have come from small towns.”

Meanwhile, Meesho’s efforts to improve monetisation through subscription offering and commissions seems like the business model was no different to that of Amazon and Flipkart.

Earlier, the company repeatedly claimed their grand promise of empowering Indian women to make them financially independent by laying opportunities to be an entrepreneur with zero investment. “These are first generation women entrepreneurs leading the social commerce revolution in India,” said Aatrey in 2020.

However, after its shift to direct selling, the company faced many challenges which included financial ruin from resellers – women from Tier-2 and 3 cities – who mainly sailed their business a year ago.

Today, 75% of Meesho’s revenue is generated from direct selling. Satish Meena, a former analyst with Forrester, commented, “When Meesho started 6-7 years back, the e-commerce market was dominated by Flipkart and Amazon. At the time, social commerce was growing very aggressively in the Chinese market, so it might have seemed like a good story to sell.”