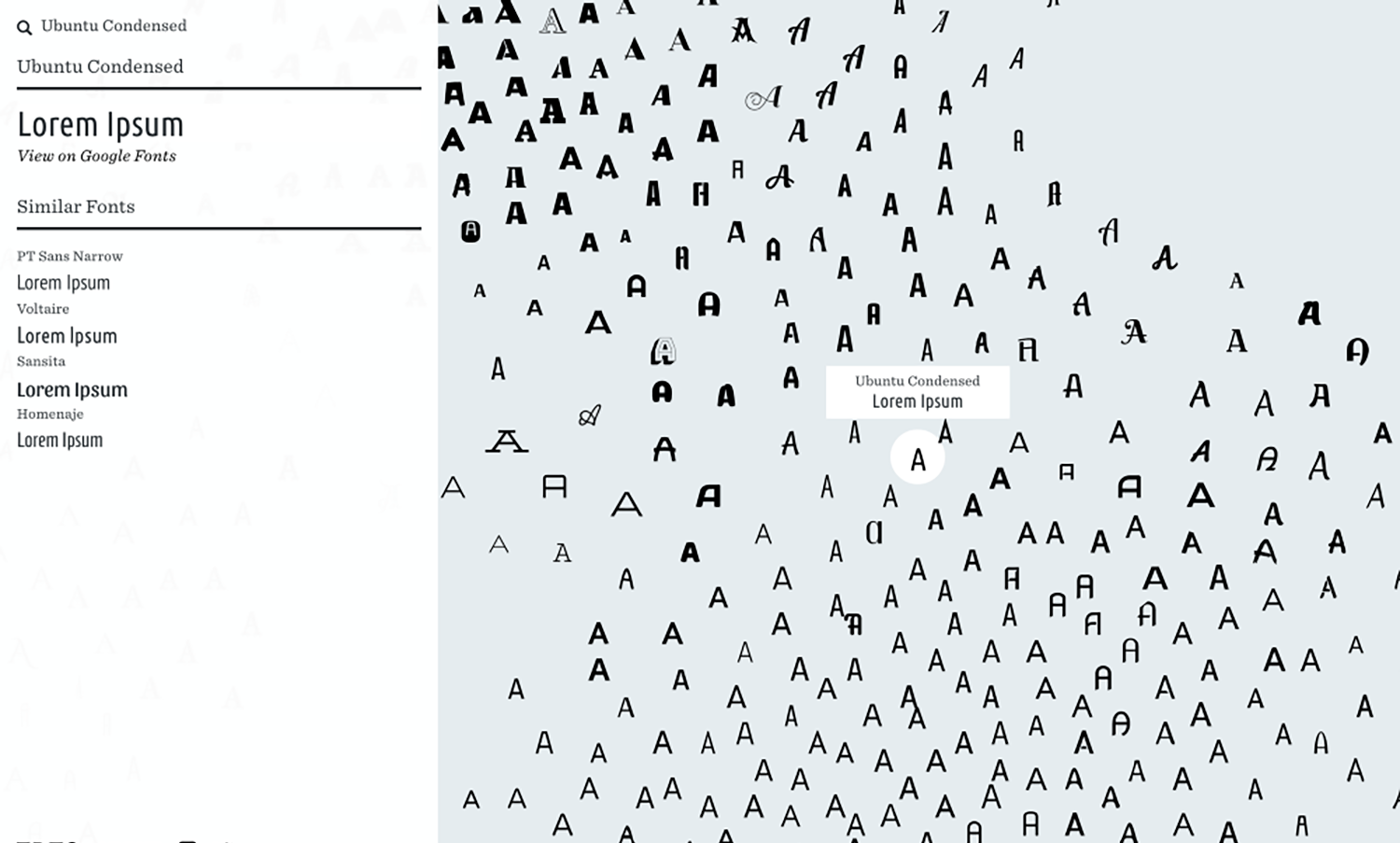 IDEO, US based design and consulting firm, is creating an insightful and valuable tool based on artificial intelligence and machine learning, for the designers to address various creative challenges. Considering the fact that recognizing font choice can be the most taxing aspect of making visual decisions while designing, Kevin Ho, Software design head at IDEO created ‘font map’ that uses AI and neural networks to draw high higher-vision pattern recognition.

The ingenious Font map is nothing but an interactive interface that comprises more than 750 fonts that lets designers digitally engage with and explore. This intriguing innovation proves the various areas that AI is capable of touching.

The idea behind IDEO AI fonts-

Stating on a company blog, Ho says “While exploring what others are doing with machine learning, I found an image created by researcher Andrej Karpathy, who used AI to organize thousands of photos onto a single map through higher order visual recognition.”

He further explained how the visualization not only showed the effectiveness of AI at organizing visual information, but it led him to wonder how it could be applied to the challenges that are faced by the designers.

The designers are often left pondering on the fonts to be used while their designing, amidst the various types such as serif, sans serif or grotesque. “These categories are a useful starting point, but even within a font category there is a wide range of aesthetic differences”, notes Ho. He also says that even if a designer finds a perfect font, it may not fit with the applied layout. This led him to use the technological advancement such as machine learning to help the designers discover alternative fonts with the same aesthetics.

He started with creating a training set of images, one for each font. “I found that type designers often use the term “handgloves” to examine fonts, so I used this term as well when generating images for the algorithm to use”, says Ho. This allowed each image to contain enough characters to represent the various traits of each font.

Once, he had a bunch of font images, he used neural network called VGG16 to generate for each font a list of numbers that represents what the network thought were the notable visual features of the image. “Finally, in order to get x,y points, I ran these embeddings through T-SNE, a popular algorithm for taking large vectors and compressing them into a smaller space — in this case into a 2-D plane”, Ho notes in the blogpost.

He had about 800 fonts in a 2D space by the end of the process. The results yielded a very clear font cluster— for instance a sans-serif group or a group of cursive fonts. The algorithms also identified fonts that were unique or had fewer similarities with others. The next step he did was to arrange these clusters into digital tools that would be useful for designers.

The final result was the Font map which maps more than 750 fonts organized using machine learning. “Assuming the data is available, mapping thousands of fonts is scalable with this approach”, says Ho.

Photoshop had earlier in the year 2016 used artificial intelligence to help users identify typefaces they have seen elsewhere. The DeepFont feature by Adobe was described as “Shazam for fonts” – a reference to the song-recognising app. This machine learning technology helps designers who struggle to identify designs.