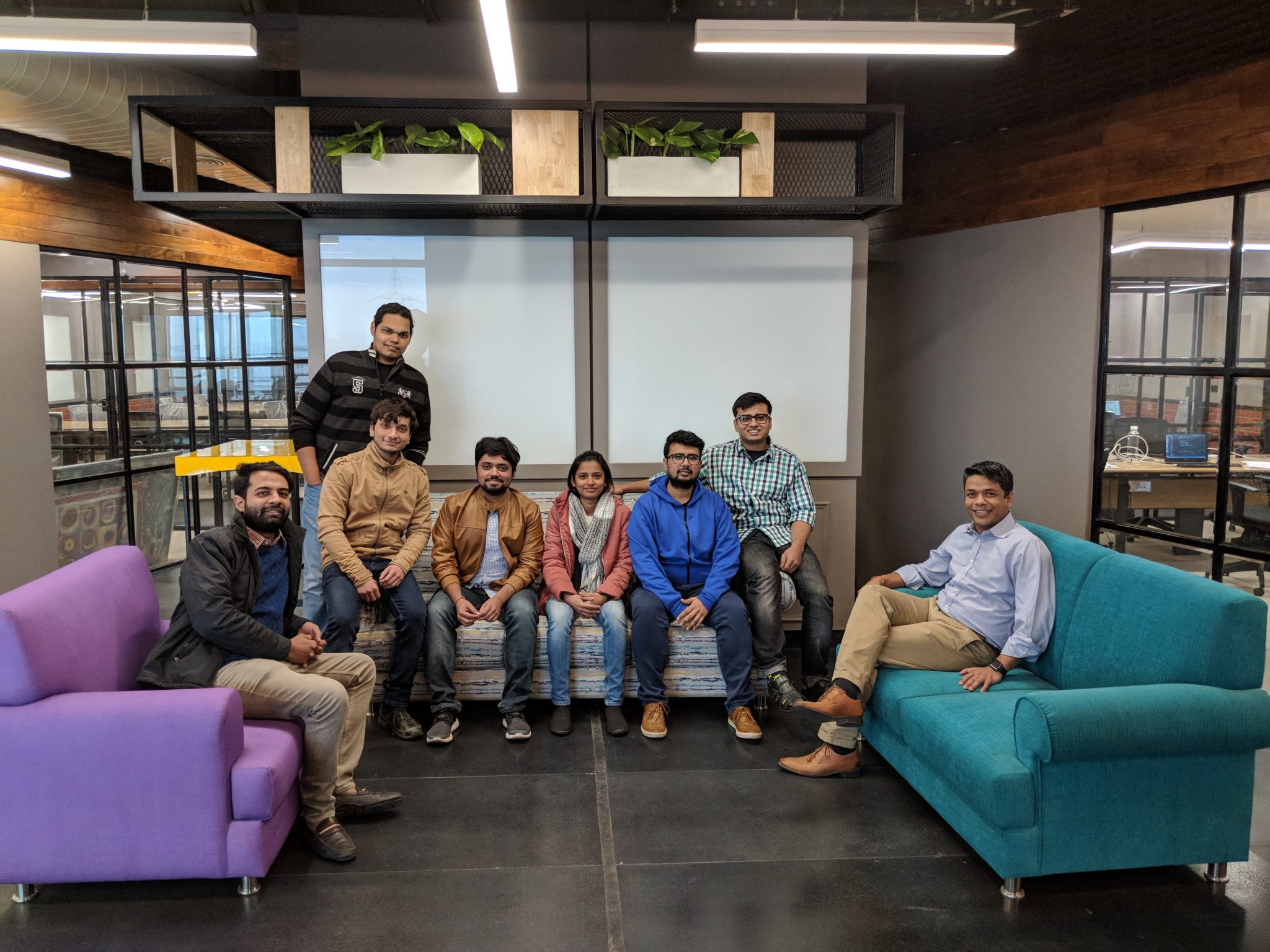 Analytics India Magazine spoke to the team at SpotDraft to understand the idea behind its inception, how it works, their roadmap for AI and more. Started by Shashank Bijapur, a Harvard Law School alumni and Wall Street Lawyer, and Madhav Bhagat, an alumni of Carnegie Mellon, an ex-Googler specialising in various AI applications, the idea of founding SpotDraft took a shape when they met at a party while still working in New York.

As the co-founders admit, over the course of conversation it was clear that both of them wanted to do something that involved technology and had the ability to reduce burden on businesses. “Because contracting is one of the most frequent tasks undertaken by professionals, and also the most cumbersome, it seemed obvious to use disruptive capabilities in AI driven technologies such as Natural Language Processing and Machine Learning to target this area” said Shashank, who has dealt with a lot of contractual work for various parties in various sectors during his time as a transactional lawyer.

As he shares, while his work was intellectually rewarding, the amount of time that was spent on copy pasting old contracts into new contracts always bothered him. Whereas for Madhav, who came from a business family, saw his father ponder over contracts that shouldn’t have taken so much of his time or resources. To make matters worse, even hiring lawyers didn’t get the job done right.

…This brought SpotDraft to life

Explaining the way SpotDraft works, Shashank said that it enables their users to create contracts, using the templates on their platform, answer a handful of questions and execute it in a matter of seconds. “Thereafter, the contract management system is responsible for extracting key pieces of information and comparing the user’s contract to other contracts in its database. Once the contract is created, our algorithms automatically create invoices, payment reminders and track payments that have become due”, he added.

The AI platform can also analyse legal documents to give the users the good-bad-ugly in the contracts, so that the users know what clauses to negotiate on. He further explained:

“Take for example, a small company, who simultaneously, executes employment agreements, supply agreements, services agreements, development agreements, etc., as part of its business operations. On SpotDraft, this company can create these contracts and, in parallel, track the obligations and responsibilities, like payments, expiry dates, invoices, etc., without any human involvement. Thus, not just saving a lot of time but also a substantial sum of money.” 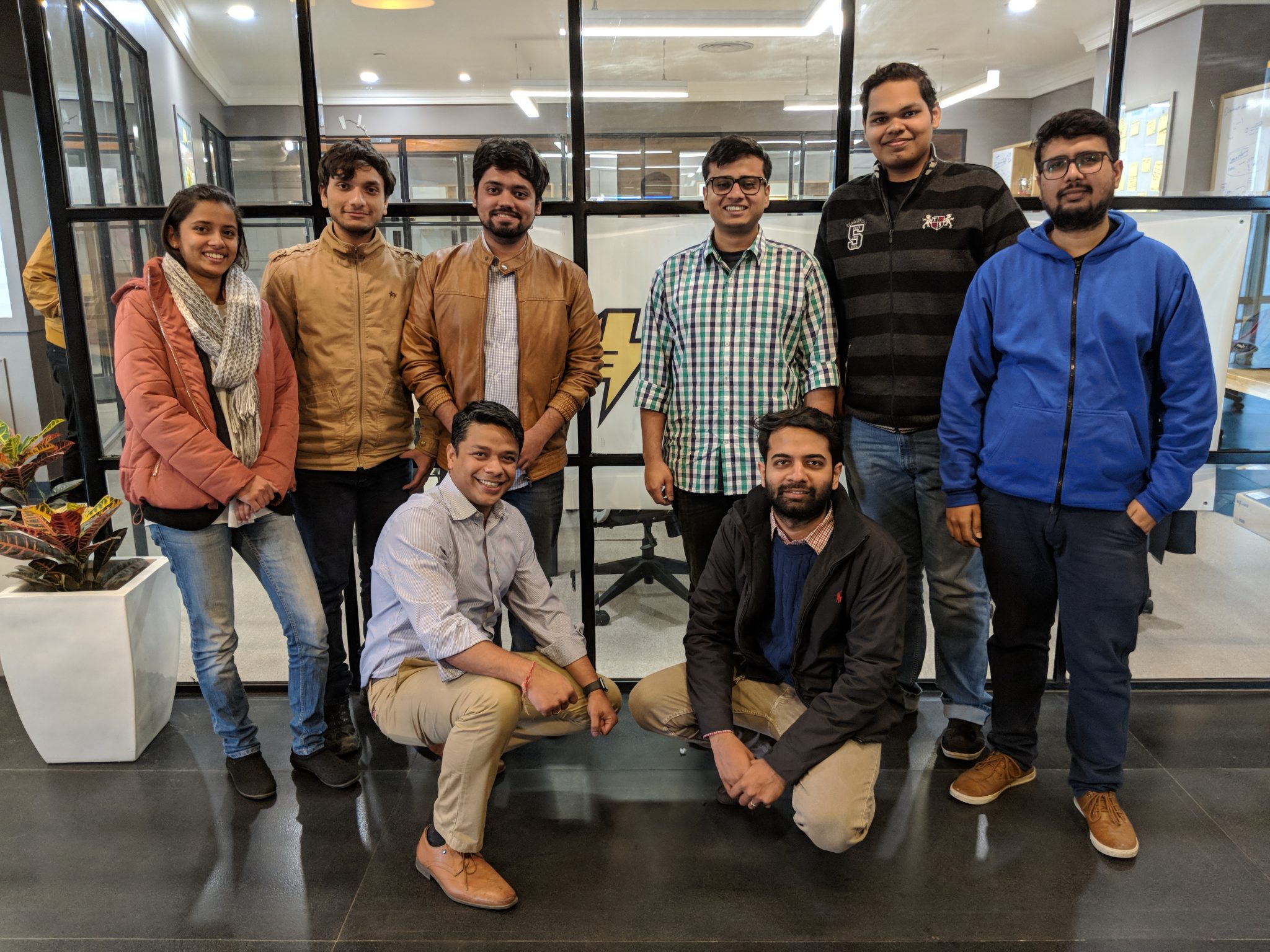 (a) Contract Creation– Drafting a contract from a template;

(b) Contract Analysis– Analysing the contents of the contract to help you simplify it and understand the good, bad and ugly; and

(c) Contract Management– Understanding the business aspects of a legal document and putting it into action.

In the current scenario, these three elements usually are accompanied with high cost element, time and error. Contract drafting is typically done by an expensive lawyer or DIY with a draft template ripped off the internet, making the matter even worse.

SpotDraft plugs the legal cost and give businesses a good solid template through which users can draft and negotiate a contract all by themselves and in one place. “In the event they have an existing contract template, our proprietary AI parses through the contract to point out missing important clauses, summarises the key terms, classifies the good, bad and ugly clauses to give a better understanding and negotiation power to the businesses”, said Shashank.

“Lastly, our AI creates a smart inbox of all the contracts and notifies the user on the important actions such as regulatory filings, upcoming deadlines, etc., that one might need to take. The inbox also connects your contract to external data sources to notify you of breaches or changes in law”, he added.

With this SpotDraft connects these different parts of the same legal document into one simple workflow with zero human intervention. This saves legal costs as well as drastically reduces the amount of time it would have taken to create the same document through a lawyer.

As mentioned earlier, SpotDraft is run by their proprietary artificial intelligence and machine learning programs that have been trained with millions of contracts across different fields and different jurisdictions. Shashank shared that through the data that SpotDraft gathers from its database, it understands the DNA of the contracts.

“This helps SpotDraft to manage contracts better and make it easier for our users to understand their rights & obligations in their contracts. This is all made possible without businesses having to spend large amount of money or time engaging a lawyer or dealing with issues pertaining to signing contracts which are not legally sound”, he said.

“We are currently running the contract management service in beta and the results and reviews we are getting from our customers is extremely promising. Since, the core concept of AI revolves around learning in the job, we expect our system to get better once more number of users start using our services”, he added.

Growth story and the roadmap ahead

As an 8-month old company, they have successfully executed over 6,500 contracts with a GMV of USD 750,000 on their platform. This is a testimony to the fact that a large number of people and enterprises are showing interest in their offerings.

“Over time, we also expect our AI to learn and adapt to the personal choices of our users. Eventually, our AI systems will be able to recommend additions and deletions to a user’s contract depending on how he positioned himself/ herself is his/ her previous contracts”, he said. The startup is also coming up with Inbox services, which they are testing with limited number of users.

The startup though fairly young, has high ambitions for itself. “We plan to use a relatively inexpensive pricing model to acquire customers from the small and medium scale enterprises and eventually implement vertical specific features (for example the VC industry, real estate industry). We want to develop and perfect our systems for the needs and requirements of the Indian market first’, said Shashank.

Once they have managed to gain a strong foothold in the Indian market, they plan to create country specific localisations by expanding to different jurisdictions. “We plan to target the Southeast Asian markets and other common law countries before moving towards North America and the other English speaking European markets”, he said.

The company had raised a seed funding round of a little over half a million dollars (USD 550,000), about two months ago. With Hunch Ventures, Spiral Ventures, 500 Startups, Singapore Angel Network and Satyen Kothari as investors, SpotDraft plans to utilise the funds to acquire talent and scaling the team and technology.

Overcoming the challenges of being a startup in AI space

The founders believe that starting from a mathematical concept, AI has evolved into a technology that has become absolutely essential in all offices. With large amounts of data being created, AI is expected to be multi functional across multiple sectors, and one of the biggest challenges that the team faces being a startup in the AI space, is access to data. Shashank said “It is much easier for larger enterprises to gain access to data than it is for startups”. Further, the data that is open-source is not always the exact match to the data required for running our algorithms.

Acquiring the right kind of talent is another challenge that they face. “In India, while there is no dearth of people interested in working in the AI space, there is legitimate crunch in the number of people who are trained and qualified to work in the highly technical AI spheres”, he said in the concluding.