Based on the double hurdle format, TheMathCompany has announced the three cash prize winners.

The MATHCO.thon concluded on July 19, 2021. The Data Scientist Hiring Hackathon was followed by a SQL based quiz for all shortlisted participants. Based on the double hurdle format, TheMathCompany has announced the three cash prize winners. Here, we look at their personal journey, solution approach and experience at MachineHack.

Sai Deepak completed his UG degree in production engineering. He did his final project on air pollutants and automobile exhaust using IoT data.

He did a data science course at Great Learning after his graduation and later joined a telecom-based company as a data analyst. Sai Deepak aspires to move from a data analyst role to a data-scientist role.

Sai Deepak did an EDA on all his features, and he combined high cardinality columns into fewer columns. He built the base-line models with multiple experiments on output variables and zeroed in on log transformation. He also used log transformation on one of the predictor variables: Mileage and Levy. Levy was particularly tricky due to missing data; imputation was done using trial and error. He had incorporated the ‘ID’ column as a feature. He found outliers were impacting the model result. To achieve robustness, he applied quantile transformation on the data, improving the result of the model. He used Categorical and One hot Encoding techniques to convert categorical data.

This is Sai Deepak’s second outing at MachineHack. He said MachineHack is the only platform where data science problems are available at basic level, intermediate level and advanced level. “MachineHack is the best platform to learn Data Science,” he said. The bootcamp videos helped him prepare for the hackathon.

Akash Gupta completed B.Tech in IT from AKGEC: Ajay Kumar Garg Engineering College, Ghaziabad in 2020. In his second semester, he enrolled for Andrew Ng’s storied course on Machine Learning. He has also signed up for courses like IBM Data Science Professional course, Mathematics for Machine Learning by Imperial College London, Deep Learning Specialization, etc on Coursera.

He started actively participating in ML hackathons from the fourth semester. His Data science accomplishments include Grandmaster at MachineHack (AIM), Kaggle expert,  7 gold medals at Dockship, and top 3 positions at 40+ ML hackathons.

To start with, he did EDA on data and noted the Train Price deviation on the given dataset. He found out the top 10 prices of given cars. He detected a huge difference of price with the quartile. He removed some train rows which were not best for the model and clipped the outlier data to make the model robust.

“MachineHack is one of the best hackathon organisers and data science knowledge portals in India,” said Akash. He’s been a MachineHacker since its inception. He also likes the new user interface. Additionally, the features like practice and Boot Camp have helped him in preparation for the MATHCO.thon.

Sai Sandeep sparked to data science after he saw a video of Google’s 2018 I/O conference. He then enrolled for an Applied-AI course. He later interned with AppliedAI and built a chatbot using the Seq to Seq model-Pytorch Framework. He worked full time in the same organisation guiding students with their projects and developing course content. Currently, he is working as a Data Scientist at Sutherland Global.

Sai Sandeep spent 95% of the time in analysing and preparing data for the model and the rest in model building. He said EDA and data preprocessing steps are important, and AutoML tools for model building work exceptionally well for hackathons. Here’s his step by step approach:

He noticed a high correlation of a few variables with respect to manufacturers such as missing Levy values and Price, median car prices and the year of production etc.

2) Data preprocessing & imputation: From the insights drawn above, columns such as Engine Volume, Levy, Doors Mileage were transformed. Imputation of missing values was performed based on the other features (group by column and taking median) that are correlated with features having missing values.

5) Model tuning using Auto Gluon: Auto Gluon gave better results compared to other packages. However, direct application of AG didn’t help as the stacked models were overfitting. After going through the source code and logs, he found a data leakage with the Random Forest model. Hence RF was excluded from the list of models and Auto Gluon was trained to output 3 level stacked model. The final model was a Level -3 weighted ensemble model with base models as Lightgbm, Extratrees and Catboost algorithms.

”MachineHack has been an amazing platform for machine learning enthusiasts. I signed up for the first time to participate in the Great India Hiring Hackathon. Though I didn’t perform well back then, I applied my learning in the next Car Price Predictions challenge and got into the top 3. Also, the discussion forum has been very helpful and the UI was clutter-free and fast,” he said. 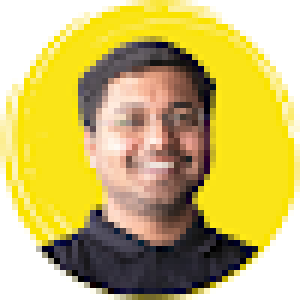 Krishna currently working as an Associate Director at ADaSci. He has 6+ experience research & development, cutting edge engineering to develop products from idea to deployment. He comes with expertise in building deep learning computer vision applications using both hardware and software solutions in several domains. His interests are the domain of distributed learning and Edge AI.