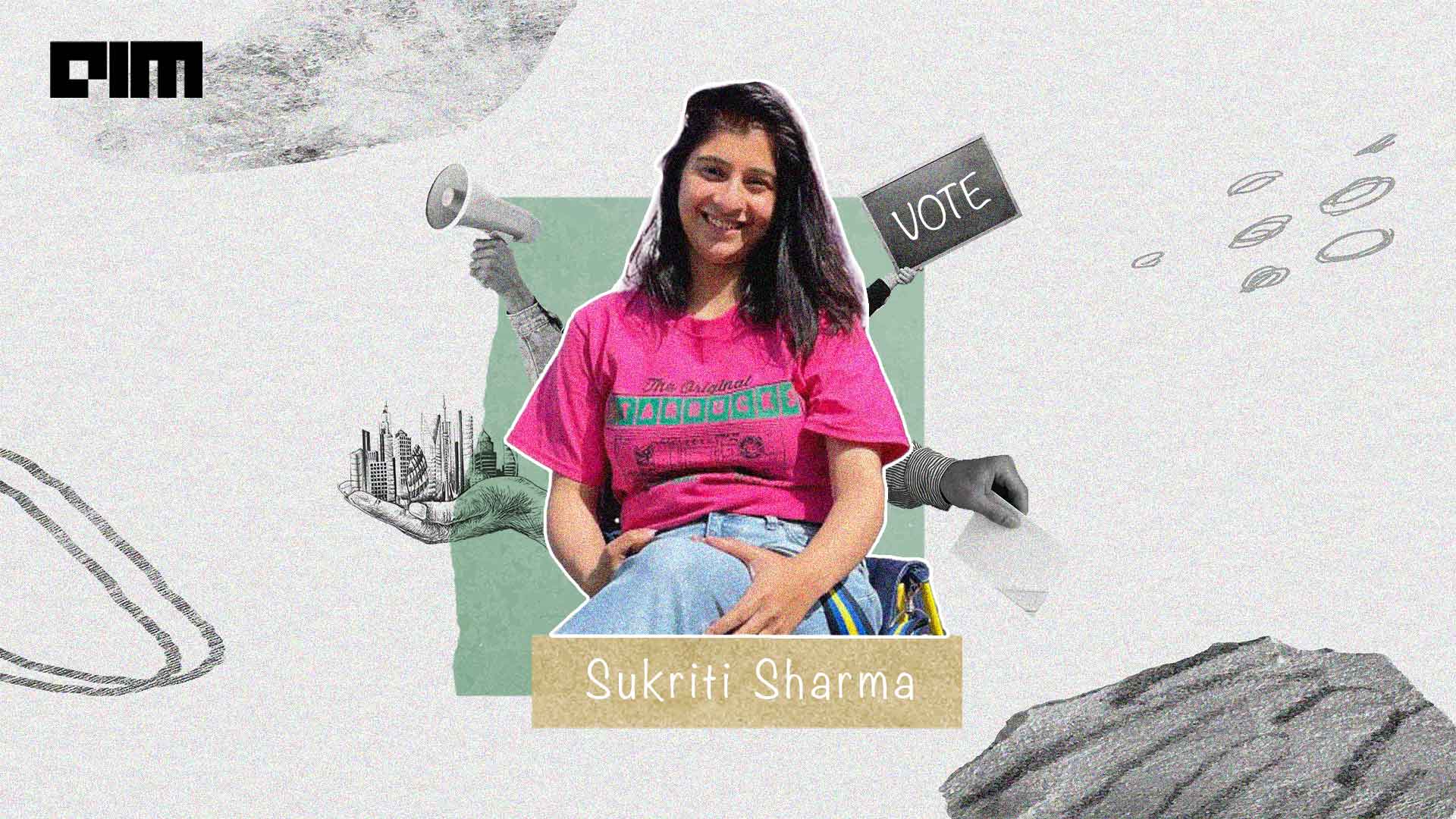 Political campaigns in India are evolving quickly; political parties are utilising new technology, data analytics, and artificial intelligence in a variety of ways. However, one aspect of political campaigns that has not changed is the use of social media for narrative building. To understand the inner workings of such undertakings in depth, Analytics India Magazine got in touch with political campaign manager Sukriti Sharma.

Sukriti has been a political and environment campaign manager, public relations consultant, and digital strategist across various agencies in India. She has also operated closely with four state governments in India and successfully managed, designed, and executed communications campaigns with powerful messaging that led to practical behaviour transformation.

AIM: What role does social media play in narrative building?

Sukriti: It does play a huge role in narrative building, for example, when I was working in Punjab Elections from Captain Amrinder Singh’s side, the target was to balance out the popularity with Navjot Singh Sidhu.

At that particular time, there was a lot of credit going to Sidhu for the whole incident of the door being opened to Pakistan because of Sidhu’s friendship. But, in particular, my target was to turn the mood of the people. I needed to showcase that the development was happening because of Captain’s leadership.

So, obviously, most of the ads were being targeted accordingly and so was the website traffic. The blogs were written and the SEO was optimised in negative terminology. We basically were trying to put forth, for example, Pakistani promotional videos wherein the walls were painted with Sidhu’s name.

So, we tried to project that forward; Sidhu might have a friendship with our enemy nation but Captain is the one who is trying to bring development to the region and maintain stability. Owing to that, I believe that Captain’s engagement rate on Twitter increased by 14%.

Sukriti: It’s pure luck in a country like India. They occasionally function and occasionally do not. Since the issues differ in each city, they are not prevalent throughout the region. Additionally, a data-driven programme may not always succeed due to party pressure.

For instance, we were attempting to create a portal through which grievances from individuals could be submitted and then forwarded directly to the ministry. But the thing is, when it comes to India, once you open a portal, you get all kinds of data.

Furthermore, not all of the data we were gathering was useful and we were unable to separate that data using the appropriate technique. The project was also put on hold because the party needed resources elsewhere and the elections were quickly approaching.

Sukriti: During the Assam elections, we ran a campaign where the voters were required to put a particular video on social media, following which they were rewarded. What we saw was that the maximum response that we were getting was from a semi-rural belt.

And it’s not like this is unique to Assam. When we were campaigning in Karnataka, Bangalore in particular accounted for more responses from towns surrounding the city than the main city area. So, we had to increase our radius for the campaign.

Another interesting thing that we saw was that instead of Facebook, we were receiving YouTube links in large quantities—authentic links from active YouTube accounts. So, the penetration of YouTube is also very high in rural areas.

AIM: What role does Whatsapp play in election campaigns?

Sukriti: WhatsApp in India, unlike other western countries, plays a huge role in narrative building. If we talk about Congress and BJP in particular, the former is very weak in this particular aspect. BJP has an interesting case since they have a very strong ground network and usually have two types of groups.

One, where the hardcore voters are added and who receive the content which makes them happy—it can be news, an article or a video which have a mass appeal to such voters. Another group has young BJP karyakartas (volunteers), who are primarily fed content to drive change in their psychology. For example, every good work being done by BJP over the years will be shared in the group and when these volunteers receive this genre of content for a long period of time, their psychology gradually changes.

AIM: Do you believe that political consultancies adequately represent women?

Sukriti: The main divisions in the field are communication, operation, and strategy. Most of the people you interact with fall under communication division, which are typically formed with women.

In the operations and research divisions, you will find the least number of women and especially as campaign managers; you can always find females as page managers, but it’s very rare that you find women in roles such as campaign managers or ones that entail directly dealing with the client. Another thing that I have faced frequently is that whenever our bosses call us out, they say, “hamare ladke kaha hai”.