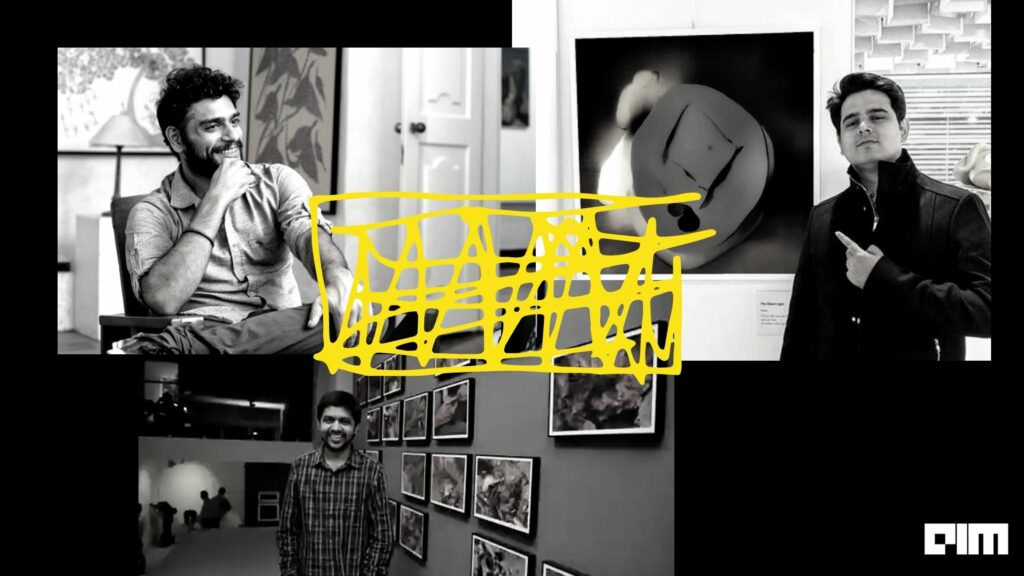 For the longest time, creativity was believed to be exclusive to the human mind. However, it’s changing.

Artificial intelligence is now redefining ‘artists.’ Applications to develop generative architecture algorithms create exciting work like the Digital Grotesque or AI-generated paintings filled with colours according to one’s emotions. These pieces are then sold for record-breaking prices.

Algorithmic art thus can be widely defined as an art generated using a set of instructions, usually using a computer. Furthermore, the art produced by the algorithm can be displayed physically, digitally on a computer, or both.

The field has been rapidly developing and diversifying in India, with many artists leaving their footprints in the centre stage of world art. We list three of these Indian artists:

Fabin is an artist, designer, technologist and innovator working in artificial intelligence-based art. An alumnus of IIT, Hyderabad, Fabin’s research widely ranges from Artificial intelligence, Augmented Reality and Virtual Reality, Voice and Generative Arts. He also has over six patents in the field of creativity.

Fabin devised a bot using language modelling that continuously produces poetry or short poems using an algorithm. These poems were further translated into images with the help of the Attention Generative Adversarial Network. The images were then coloured using a random selection of images, powered by NVIDIA‘s Fast PhotoStyle. The algorithm, called ‘Auria Kathi’, does not require any maintenance and can produce and post artworks on its Instagram portfolio.

Fabin’s artworks have been featured at famous exhibitions, including the Florence Biennale in Florence, Italy; Ars Electronica Global gallery; and NeurIPS creativity Gallery in Vancouver, Canada). He has also participated in many other solo and group exhibitions.

Harshit was the only Indian artist featured in India’s first AI-based art exhibition, Gradient Descent, held at Nature Morte Gallery in Delhi. By profession, Harshit is a Human-computer interaction researcher.

For his featured artwork, ‘The anatomy lesson by Dr Algorithm,’ Harshit curated 60,000 images of human surgical dissections and then fed them to an algorithm to let the machine create its vision of them. Thus, he explored a domain of what he calls the ‘Human-machine creativity continuum’– the melding of human and machine creativity in an algorithm. Harshit believes that Artificial intelligence learns from the data we input and based on that, it can add content to the art that human artists may not consider otherwise.

A 32-year old graduate in Fine Arts from Rachana Sansad Academy of Fine Arts, Sahej is critically acclaimed for his artwork ‘Juggernaut’, featured at the Chatterjee and Lal, Mumbai. Sahej’s work is nothing short of magic. It draws inspiration from the mythic world, drawing influences from archaeology, conspiracies, Sci-fi, and folklore. He pushes the boundary of art and merges it with the domains of technology.

Sahej’s work is artificial intelligence-driven audio-visual pieces inspired by video games. His work traces the journey of a droid as it navigates through an alternative universe, constantly evolving and building itself up by picking up pieces of totems and ruins of pillars to create itself as a whole.

These three Indian artists are constantly reminding us that technology, like art, is a soaring exercise of the human imagination.