Meta gives away its language model for free

Access to the model will be granted to academic researchers; those affiliated with organisations in the government, civil society, and academia; along with industry research laboratories around the world. 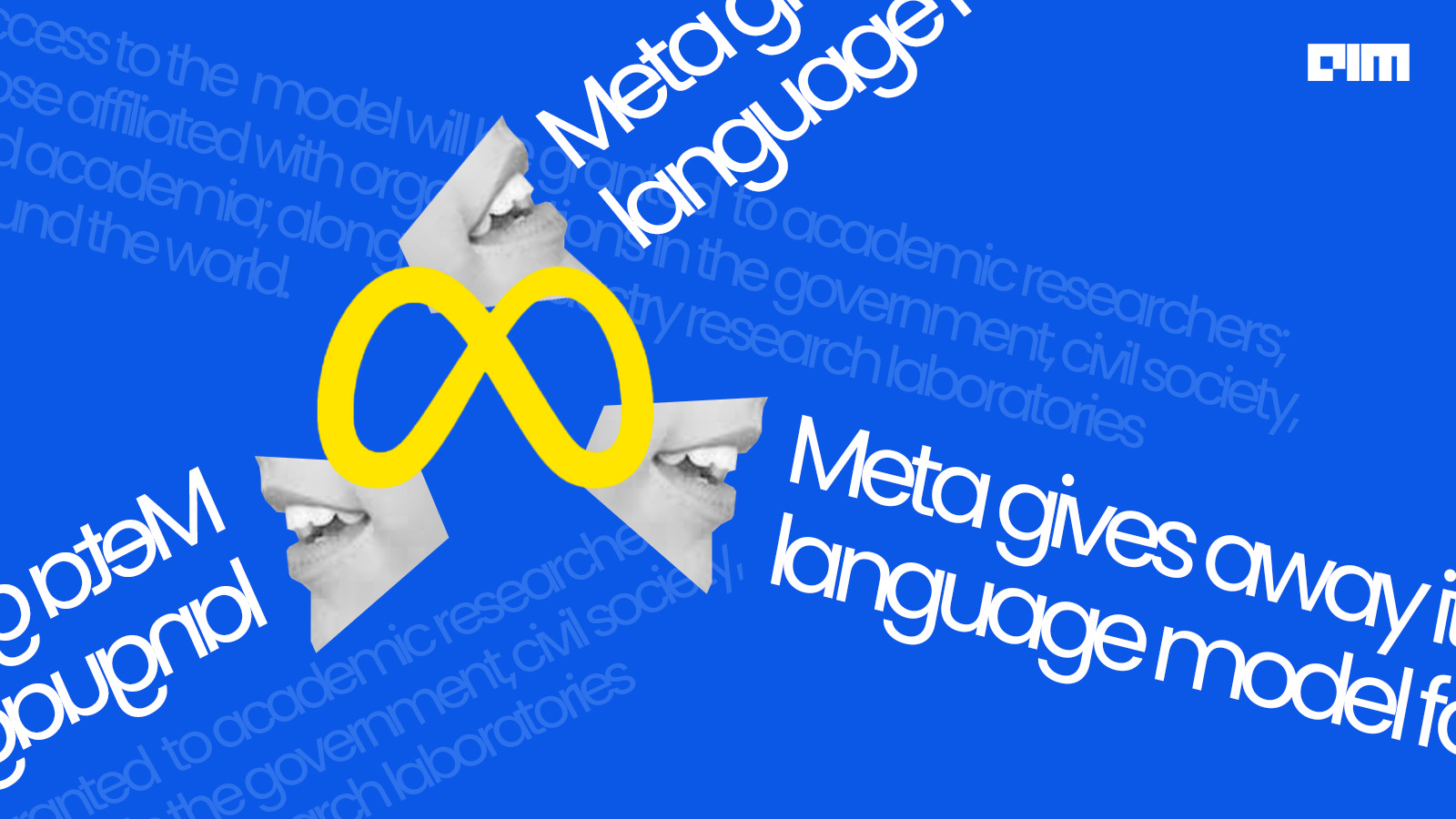 Not even halfway through the year, we have already seen back-to-back Large Language Models (LLMs) being released by tech giants. A month ago, Google’s 540-billion parameter Pathways Language Model (PaLM) came out, followed by  DeepMind’s Chinchilla. Now, Meta AI has released Open Pretrained Transformer (OPT-175B), a language model with 175 billion parameters trained on publicly available data sets. Meta says that with this release, it aims to build more community engagement in understanding LLMs. In terms of performance, Meta claims that OPT-175B is comparable to GPT-3 but requires only 1/7th of the carbon footprint to develop.

There are so many LLMs. What makes this one special?

Is it just another LLM or does it set itself apart in some way? OPT is generating a lot of buzz globally as the model release is under a noncommercial license. In a move usually not followed by big tech companies,  the access to the model will be given to academic researchers, those affiliated with organisations in the government, civil society, academia and industry research laboratories around the world. Meta goes as far as to call this “Democratising access to large-scale language models, to maintain integrity and prevent misuse.”

Along with this release, Meta is also releasing a suite of smaller-scale baseline models, trained on the same data set for researchers to study the effect of scale alone. Meta is releasing all the notes documenting the development process, including the full logbook detailing the day-to-day training process.

Public models do exist, just not at this scale

Though not of this magnitude, companies have open-sourced their models in the past as well.

When such LLMs are released by tech leaders, most like to give access to their innovations to “selected” people, organisations and big research labs. LLMs are plagued with issues such as bias, toxicity, robustness, etc., as we are aware. How are these issues to be solved without open access to everyone? While giving access to a vast number of people and entities is a bold move on Meta AI’s part, the access is still made available on request, which has made some people question its intentions.

Shortly after Meta’s announcement of OPT-175B, many enthusiasts who wanted to tinker with the model had a similar grievance. Some commentators on discussion forums wrote that they do not like the “available on request” clause. They questioned and complained that if someone is not an academic or researcher but is still interested if they will be considered for access. People also pondered about the minimum requirements needed to access it.

“Training a single BERT base model (without hyperparameter tuning) on GPUs was estimated to require as much energy as a trans-American flight,” said the paper titled “On the Dangers of Stochastic Parrots: Can Language Models Be Too Big?” The environmental impact of building such kinds of models is huge and it is high time that tech firms acknowledge it and work on ways to reduce such effects.

Meta believes that this technology is premature for commercial deployment.

Let us look at a few of the limitations the model carries: