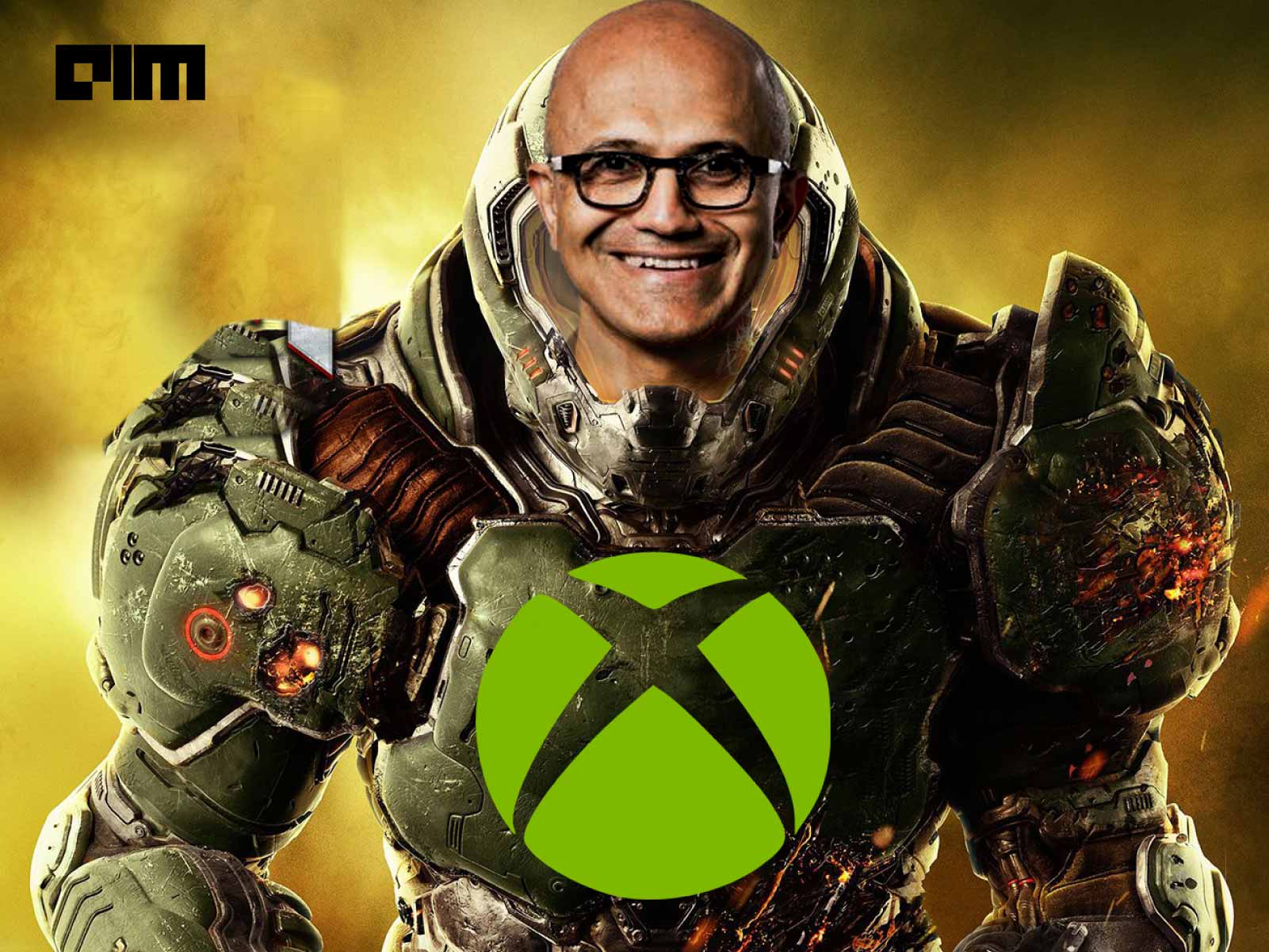 Microsoft announced that it had acquired game developing studios Bethesda Softworks for a staggering $7.5 billion, a deal that can be ranked amongst the likes of Linkedin and Github. Bethesda is known for publishing hit franchises such as Doom, The Elder Scrolls and Fallout.

This news of acquisition comes a week after the announcement that Microsoft’s game streaming service, xCloud would be bringing more than 100 Xbox games to smartphones and tablets.

Today, about 2 billion people play video games on phones, tablets, consoles, and PC. The Global Cloud Gaming market accounted for $0.99 billion in 2018 and is expected to reach $3.90 billion by 2027. The rise in demand can be attributed to commercialisation of 5G, rise in a number of gamers, upsurge of immersive and competitive gaming on mobile and increase in the number of internet users.

“Why does it matter where the screen is or what the controller is? There are many people without the same access, and we can bring it to them.”

Microsoft’s CEO Satya Nadella has been serious about the gaming industry ever since he took charge. In 2014, the company bought videogame developer Mojang AB, owner of Minecraft, for $2.5 billion.

Microsoft has been moving toward linking its cloud-computing business with games through its xCloud service, which allows users to stream video games over the internet. That service, which is part of Game Pass’s $15 a month premium option, lets subscribers play from a roster of more than 100 games on Android phones.

Video game sales have got a significant boost during a pandemic. According to the Wall Street Journal, consumer spending in the U.S. across videogame hardware, content and accessories totalled $29.4 billion this year through August, up 23% when compared with a year earlier. In 2020 so far, 91 video game deals have closed worldwide for a total of $11 billion compared to 160 deals totalling $9.3 billion in all of 2019. So, $7.5 billion is not a bad deal after all.

Microsoft is one of the key players in the global cloud gaming market that include NVIDIA, Sony, among others. The company has heavily invested in scaling the Xbox platform in recent years. The ZeniMax deal would expand Microsoft’s portfolio to 23 games studios from 15. It also would add ZeniMax’s videogame franchises to Microsoft’s Xbox Game Pass, a subscription service with 15 million subscribers that runs on Xbox consoles, Windows personal computers and Android devices. That makes Microsoft the world’s largest game-subscription business, said Phil Spencer, the company’s executive VP for gaming.

A Win For Microsoft Azure

“There are three billion people looking to gaming for entertainment, community, and achievement and our ambition is to empower each of them, wherever they play. Today is a step forward on that journey,” tweeted Satya Nadella, Microsoft’s CEO.

Today there are more games, more devices and more gamers playing them in new and interesting ways. Xbox Game streaming is designed to bring the console gaming experience to players wherever they are.

With xCloud, gamers will be able to run their game on an Xbox that sits in an Azure data centre. The player will be connected to the closest data centre, and the game is played from there.

Azure datacenters which squat all over the world with more than 100 locations, will stream the gaming video to the players. Microsoft also claims that Azure provides more global regions than any other cloud provider — offering the scale to bring games to players around the world.

Top cloud providers like AWS and Google Cloud have already ventured into gaming. Last year, we saw Google’s Stadia make noise with its Netflix-like gaming service. AWS serves customers like Ubisoft and Rovio. Microsoft, whose history with the smartphone community has nothing but lukewarm, finally will get a chance thanks to this deal.

The emergence of cloud gaming as an industry coincides with the increase in internet penetration and rapidly growing smartphone users, especially in Asia Pacific regions. For instance, in countries like India, where the gaming industry is relatively underwhelming, the growing internet connectivity can help Microsoft make inroads into the world’s largest untapped consumer base for gaming and cloud computing.