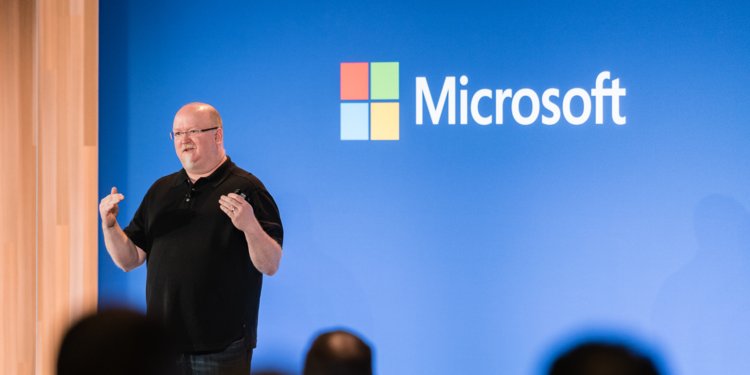 Microsoft has emerged as one of the biggest players in AI. Now, Microsoft CTO Kevin Scott recently appeared on an interview conducted by a leading tech mag, where he detailed his opinion on why AI is important, and how understanding it will enable people to be better citizens of an evolved world. He also spoke about the ethical consequences of utilising AI, along with the prospect of a level playing field for individuals across the world brought about by the rise of AI.

He is writing a book about how AI can be utilised positively as a support to the economy in rural America, mainly focusing on how automation can be utilised for this purpose.

This also comes with a healthy appreciation for the ethical consequences of creating AI, as he emphasised on the importance for the presence of a balance. He stated, “You can’t just create a bunch of tech and have it be super disruptive and not have any involvement … you have to create value in this world, and it can’t just be shareholder value.”

These are positive statements towards the future of AI from someone who is involved in creating the cutting-edge of the field. This is also in reference to a letter from the American Civil Liberties Union, which aimed to bring to Microsoft’s attention that there is a possibility of governments misusing AI. According to the letter, it was possible for facial recognition to be utilised to discriminate against and oppress a certain minority, especially in the hands of the government. On this, Scott said, “There’s this fine line between … that boundary; there are clearly some things that you just shouldn’t allow. Like, you shouldn’t have governments using it as a mechanism of oppression.”

Further emphasising upon his view of the situation, he called himself ‘cautiously optimistic’ on the future of the AI world. He stated that this came from his faith in humanity, going on to mention various potential positive use cases. Some of these included understanding who was in a meeting, improving security, and restricting access to dangerous machinery. He stated, “I believe if you give people tools, the overwhelming majority of the uses to which they will be put are positive.”

AI Experts Should Be Responsible

AI as a field itself is largely misinterpreted, as many of the population look only at the negative outcomes that can come from the technology. He stated, “Folks who are deeply in the AI community need to do a better job trying to paint positive pictures for folks, [but] not in a Pollyanna way, and not ignoring the unintended consequences.”

This would also help the case of adoption for AI, as it would slowly spread awareness and help individuals be more comfortable with AI companions. Scott illustrated this with an example, stating that his grandfather would be interested in AI if he was alive today. This, according to Scott, tasks him with figuring out how to explain the concept to him. He went on to say, “I think it’s part of your set of responsibilities these days as a tech person to try to do more of that, to make the things that you’re working on more accessible.”

AI As An Equalising Factor

The positive consequences of AI that Scott was looking at focused on manufacturing automation in rural areas. On this subject, he stated that he has spoken to “dozens of small and large companies” over the last couple of years, going on to say he has noticed automation in them. Moreover, automation has become widely used as an equalising factor. He stated,”The thing that I’m seeing is that automation is this sort of equalising factor, like a piece of advanced automation that runs in Shenzhen costs about the same as it does in some little rural town [in the US]”.

This has led to the rise of the “agile manufacturing movement”, which is now in full force, stated Scott. This is where automation is beginning to enter the manufacturing cycle, thus allowing smaller companies to make products at scale. This leads to a reduction in the unit cost of product, stated Scott, thus equalising the field for production.

Register For Intel Deep Learning & Vision At The Edge Workshop