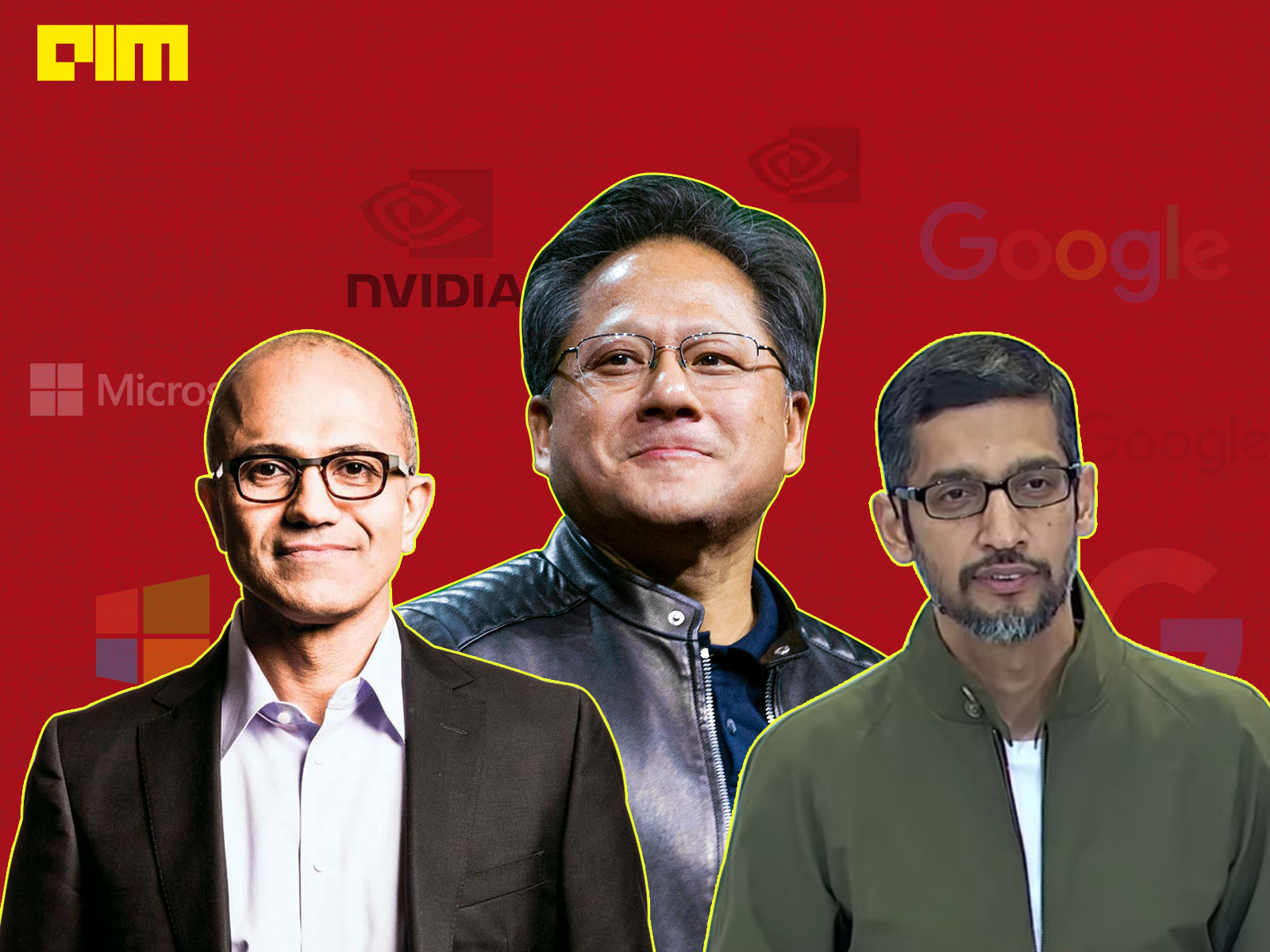 NVIDIA and Microsoft have ruled the news this week in the AI segment. From new announcements to revenue reports to Google’s new decision, here is all the top news from this week: –

Microsoft Build, a yearly flagship developers conference was shifted to a free 48-hour digital forum due to the coronavirus (COVID-19) pandemic. Microsoft laid great emphasis on promoting responsible machine learning that can help developers understand, protect and control their models throughout the ML lifecycle. One of the key revelations was Microsoft’s supercomputers built in collaboration with OpenAI, the supercomputer was designed specifically to train OpenAI’s models. This marks a major milestone in their partnership that was announced last year to jointly create new supercomputing technologies on Azure.

Addressing how COVID-19 has disrupted the way we deliver healthcare around the world, Microsoft announced its first industry-specific cloud offering, Microsoft Cloud for Healthcare.

In addition, Microsoft also released its Fairlearn toolkit, which includes capabilities to assess and improve the fairness of AI systems that will be integrated with Azure.

Azure Machine Learning has built-in controls that enable tracking and automating the entire process of deploying a model.

Facebook is introducing safety notices in Messenger that will pop up in a chat and provide tips to help people spot suspicious activity and take action to block or ignore someone when something doesn’t seem right.

As we move to end-to-end encryption, we are investing in privacy-preserving tools like this to keep people safe without accessing their message’s content. Facebook has developed safety tips with machine learning that looks at behavioural signals like an adult sending a large amount of friend or message requests to people under 18.

“Our data centre business achieved a record and its first $1 billion quarter. NVIDIA is well-positioned to advance the most powerful technology forces of our time – cloud computing and AI.”

NVIDIA had an excellent quarter. There have been announcements of mega acquisitions and innovations within this quarter. The acquisition of Mellanox especially expanded their cloud and data centre capabilities. More recently, NVIDIA has set even higher standards in AI computing with the launch and shipment of their Ampere GPU accelerating adoption of NVIDIA GPU computing.

Google said in a statement to Forbes, it will no longer “build custom AI/ML algorithms to facilitate upstream extraction in the oil and gas industry.”

This statement as a response to the Greenpeace report that was released earlier this week. This report exposed how the three largest cloud companies — Amazon (33% market share), Microsoft (18%), and Google (8%) — are partnering with oil companies to use artificial intelligence technologies to unlock oil and gas deposits in the U.S. and around the world.

These top 3 cloud providers have been very vocal about how they are transitioning into carbon-negative organisations through the use of renewable energy at their data centres and for other applications. However, the Greenpeace report resulted in Google publicly announcing halting of their operations.

Chinese state news agency Xinhua in collaboration with search engine Sogou has created an AI 3D news anchor, which took the stage as a presenter recently.

The 3D anchor was modelled on a real-life reporter and was brought to life by “multi-modal recognition and synthesis, facial recognition, animation, and transfer learning,” according to Sogou.

Age-related macular degeneration (AMD) is the most common cause of blindness in the developed world.

In their latest work, DeepMind collaborated with Moorfields Eye Hospital and Google Health to curate a dataset of images of eye retinas, train an artificial intelligence (AI) system that could predict the development of exAMD, and conduct a study to evaluate our model compared with expert clinicians. We demonstrate that our system is able to perform as well as, or better than, clinicians at predicting whether an eye will convert to exAMD in the next 6 months.