Microsoft to Pump More Funds into OpenAI: What’ll be the Implication?

OpenAI has had a close association with Microsoft in the past few years, one of the most significant ones being the latter’s investment of USD 1 billion in OpenAI 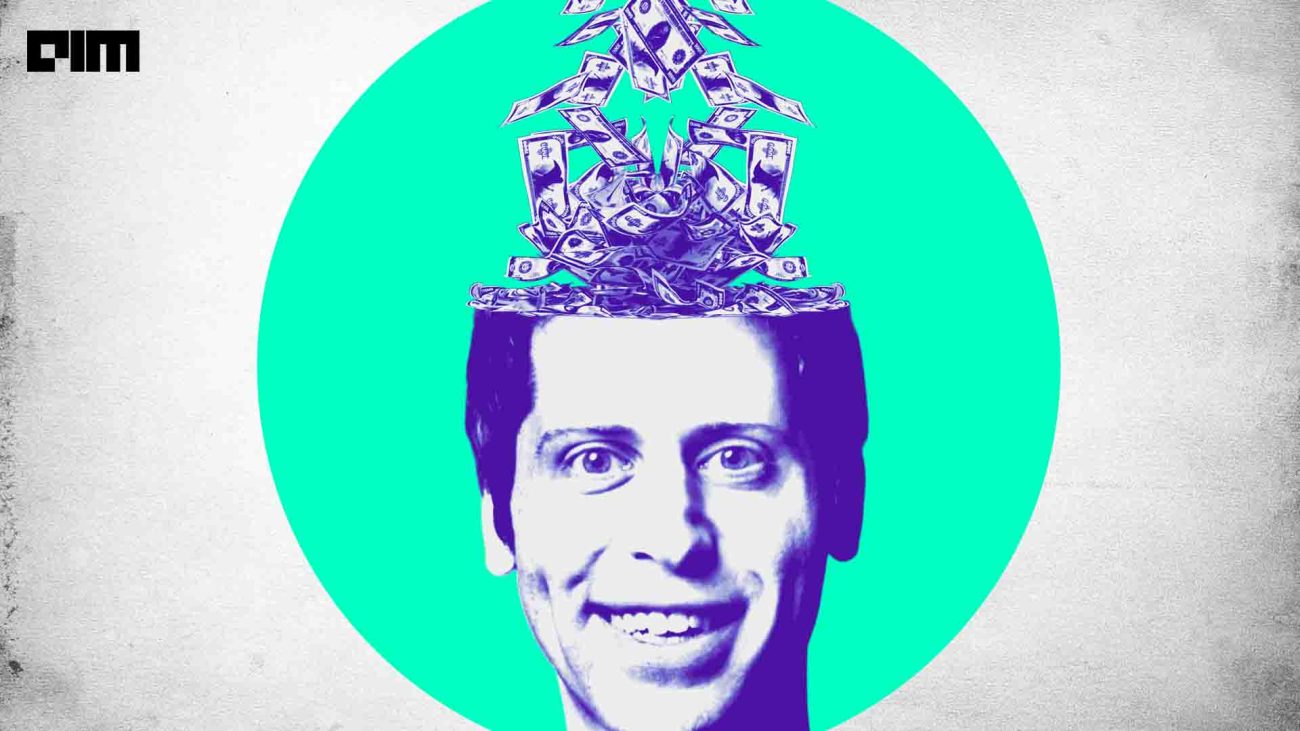 According to recent media reports, Microsoft is in ‘advanced talks’ for a new round of funding in OpenAI. The details of the deal are still under discussion, and the funding amount is being negotiated. The fund raised is expected to be channelled to further incorporate AI in OpenAI’s products.

OpenAI has had a close association with Microsoft in the past few years, one of the most significant ones being the latter’s investment of USD 1 billion in the AI research lab in 2019.

OpenAI was founded as a non-profit in 2015 with a total pledged amount of USD 1 billion from tech leaders and investors like Elon Musk, and Reid Hoffman, among others. In his book ‘Genius Makers’, author Cade Metz writes that OpenAI was built on a vision to have a top-class research lab ‘entirely free of corporate pressures’ so that ‘anyone could compete with the Googles and Facebooks of the world’.

But something changed in 2019 when Microsoft made the investment in the lab, and a for-profit company was carved out of it. In 2020, Microsoft acquired exclusive rights to the GPT-3 language model, launched by OpenAI in the same year. This drew a lot of flak from the developer and researcher communities, which protested OpenAI’s decision to not open source the language model. Born out of an association between Microsoft and OpenAI were other tools and systems – like the Azure AI supercomputing technologies and the GitHub Copilot.

In 2021, Microsoft launched Azure OpenAI Service at the former’s annual event called Microsoft Ignite. With this, Azure customers could now utilise OpenAI’s machine learning models. “The new Azure Cognitive Service will give customers access to OpenAI’s powerful GPT-3 models, along with security, reliability, compliance, data privacy and other enterprise-grade capabilities that are built into Microsoft Azure,” one of Microsoft’s blogs noted. The OpenAI partnership cemented Microsoft’s Azure cloud infrastructure’s position as the platform of choice for the next generation of  AI supercomputing applications.

OpenAI is not the only major AI lab to get corporate backing. In 2014, DeepMind was acquired by Alphabet (Google’s parent company) for more than USD 500 million. DeepMind was founded by Demi Hassabis, Shane Legg, and Mustafa Suleyman and already had Skype developer Jaan Tallin as one of DeepMind’s major investors.

While it is good to see corporates’ investment in the progress of AI research, which is highly resource-intensive, it puts a question mark on the autonomy of such institutions. This was well-illustrated in OpenAI-Microsoft’s case. Following Microsoft’s investment, OpenAI CEO Sam Altman’s internal messaging reportedly emphasised on the need to commercialise the research lab’s technologies to support the work; we saw this with the exclusive license of GPT-3 being granted to Microsoft, which is now likely to be extended to its successor – GPT-4.

This example demonstrates a trend in the AI community that researchers have been repeatedly warning about – the increasing cost of AI research resulting in the concentration of AI prowess in the hands of a few rich Big-Tech companies.

Meanwhile, a new term ‘AI Capitalism’ has also found existence. A 2022 paper by AI & Society characterises it as the commodification of “data, data extraction and a concentration in the hiring of AI talent and compute capacity”. It is directly linked to Big Tech’s insatiable appetite for growth and eventual monopolisation.

Since data and computing resources for AI research are concentrated in the hands of a few companies, it creates a dependency on them. In a paper, ‘The Sheep Cost of Capture’, author Meredith Whittaker (co-founder of AI Now Institute) compared the relationship between big tech and AI academia to the US military’s influence over scientific research during the Cold War. She also wrote that AI advances in the last decade have resulted mostly from the concentration of data and computing resources in the hands of large corporations.

Not all is lost, yet

Modern AI technologies are the end product of shared foundational knowledge like code, data sets, pre-build machine learning models, and data architectures to create AI tools and products. This has been the basis for progress in ML, deep learning, computer vision, and other technologies. This shared, community-driven and open-source technology has even managed to transcend geopolitical situations.

Case in point, Facebook’s PyTorch project, which was recently launched as PyTorch Foundation to ensure that the decisions related to AI research would be made in a ‘transparent and open manner’, the company blog read. At that time, Soumith Chintala, the creator of PyTorch, told Protocol, “I’m definitely surprised at how much [of the] general global considerations that you would have from a business angle don’t really come in when you’re talking about open-source collaboration, especially with AI.” He further added, “Within open-source software, the political system doesn’t even start entering into play [until] much later. People are mostly trying to learn from each other, build the best thing they can.”

AI owes a lot of progress to the open source and the collaborative nature of most of the underlying technologies.