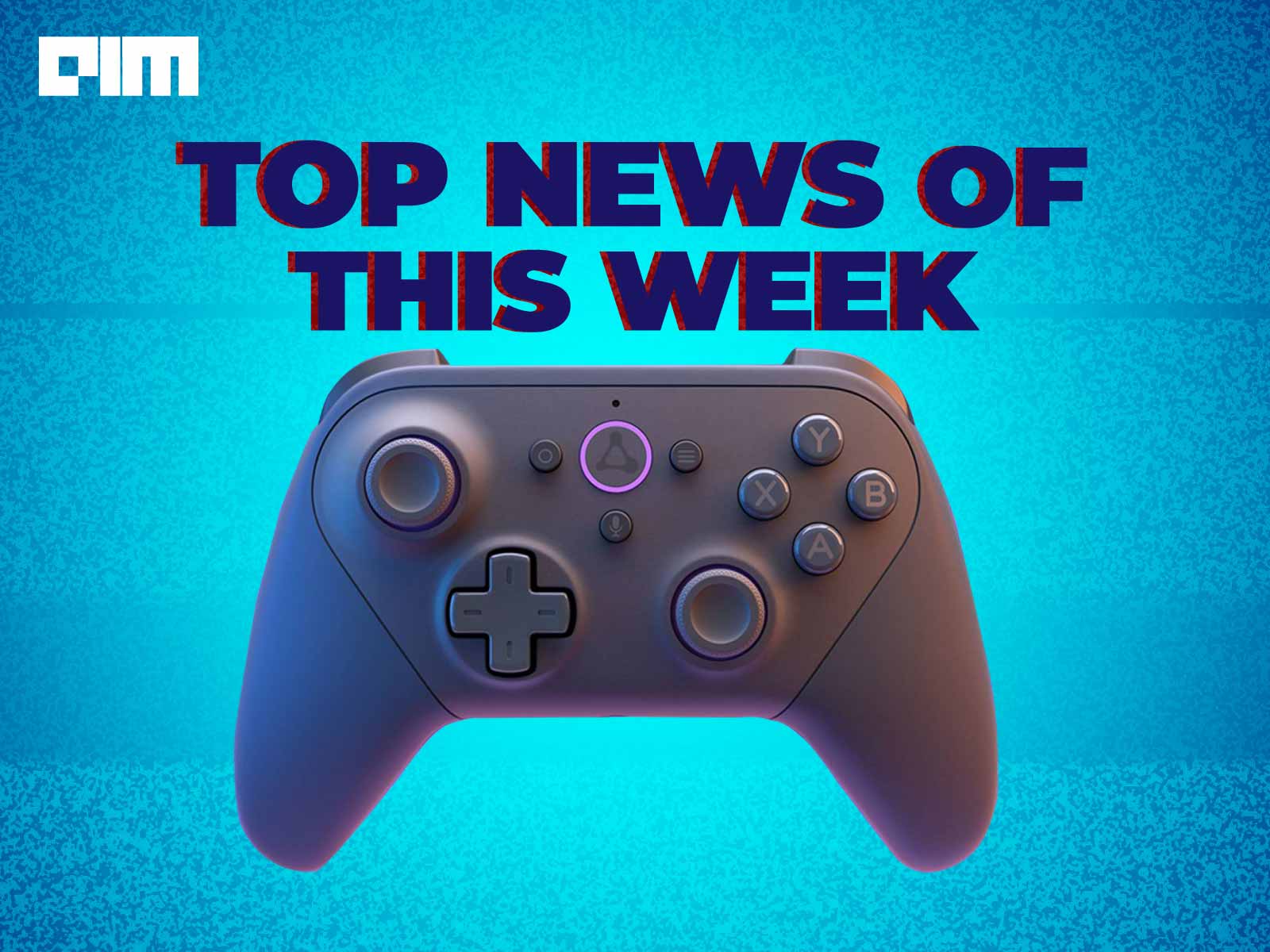 Gaming, cloud computing, GPT-3; Microsoft has been all over the news this week. Undeterred by TikTok’s ditch, the company made a more ambitious and probably better purchase in the form of Bethesda Softworks, a behemoth of the gaming industry. However, Amazon played a last minute spoilsport by announcing its own cloud gaming service. But, the good news for Microsoft doesn’t end here. Read more about the most happening events in the tech industry in this week’s top news brought to you by Analytics India Magazine.

The saga of algorithms and their biases took a new turn when the Twitter users stumbled upon the mysterious cropping mechanism on the platform. On uploading photos featuring different people, the cropping algorithm on Twitter somehow figures whom to display; people of a certain race were excluded in the displays. Soon, people started experimenting and found that this is a recurring theme hinting at the underlying biases of the algorithms used by Twitter. What features the algorithm picks is still ambiguous. While few users concluded it is the skin color, others pointed out the contrast or the quality of the picture.

“We tested for bias before shipping the model and didn’t find evidence of racial or gender bias in our testing, but it’s clear that we’ve got more analysis to do. we’ll open source our work so others can review and replicate,” said Liz Kelley of Twitter in response to the allegations.

“By 2023, up to 70% of all enterprises will process data at the edge,” said John Healy, Intel VP of IoT. Healy added that their brand new 11th Gen, Atom x6000E series, and Intel Pentium and Celeron N and J series processors represent the most significant step forward yet in enhancements for IoT, bringing features that address our customers’ current needs, while setting the foundation for capabilities with advancements in AI and 5G.

Microsoft announced that it had acquired game developing studios Bethesda Softworks for a staggering $7.5 billion. Bethesda is known for publishing hit franchises such as Doom, The Elder Scrolls and Fallout.

Talking about the acquisition,  Phil Spencer, the company’s executive VP for gaming said that the ZeniMax deal would expand Microsoft’s portfolio to 23 games studios from 15. It also would add ZeniMax’s videogame franchises to Microsoft’s Xbox Game Pass, a subscription service with 15 million subscribers that runs on Xbox consoles, Windows personal computers and Android devices.

This makes Microsoft the world’s largest game-subscription business. Cloud gaming is projected to be a multi billion dollar industry. Google with Stadia and Amazon too have been making moves to enter the gaming arena. However, Microsoft has a head start thanks to Xbox. Pocketing Bethesda will fortify Microsoft’s already established foothold in the gaming industry. Read the full story here.

In probably the first in-person(invite only) post-pandemic tech event, Amazon introduced a handful of audiences to its latest smart home devices. Amazon showed off improved skills of its chatbot Alexa skills in the redesigned Echo devices. Then there is Amazon Ring, a cubical device with a flying camera. Think DRONES. Ring offers autonomous home security as users get a view of activities of every corner of their house.

Most surprising announcement of this event was the launch of Luna, a cloud gaming service that rivals Google’s Stadia and Microsoft’s xCloud. Powered by AWS, Luna can be accessed via Fire TV, Mac, iPhone and Android devices. It comes with a controller priced at $49.99. Know more here.

Ever since the announcement of its API, OpenAI has been in the news almost every week. This week too, it made the headlines as the company announced that it has agreed to license their famed GPT-3 to Microsoft for their own products and services. This decision though raised some eyebrows is still not surprising given the billion dollar deal the both companies have made last year. Since then, OpenAI has been taking giant strides to churn profits out of their state of the art research. GPT-3, the world’s largest language model that can write fiction and code without breaking a sweat, is touted to be the next big thing in AI. Given the type of products that Microsoft sells, GPT-3 might be leveraged for enhancing user experiences. Imagine accessing the GPT-3 while you scribble on Microsoft Word!

OpenAI also assured its customers that this deal with Microsoft has no impact on continued access to the GPT-3 model through OpenAI’s API, and users will be able to build applications with their API as usual.

The US & the UK Announce AI Partnership

Recognizing the benefits and opportunities artificial intelligence (AI) brings, and the importance of AI, the Governments of the United States of America and the United Kingdom of Great Britain and Northern Ireland have released a declaration during the inaugural meeting of the Special Relationship Economic Working Group.

Building on the US-UK Science and Technology Agreement signed in September 2017, both nations intend to establish a bilateral government-to-government dialogue on the areas identified in this vision and explore an AI R&D ecosystem that promotes the mutual wellbeing, prosperity, and security of present and future generations.

Yet Again, OpenAI’s GPT-3 Proved To Be A Doom For Humanity