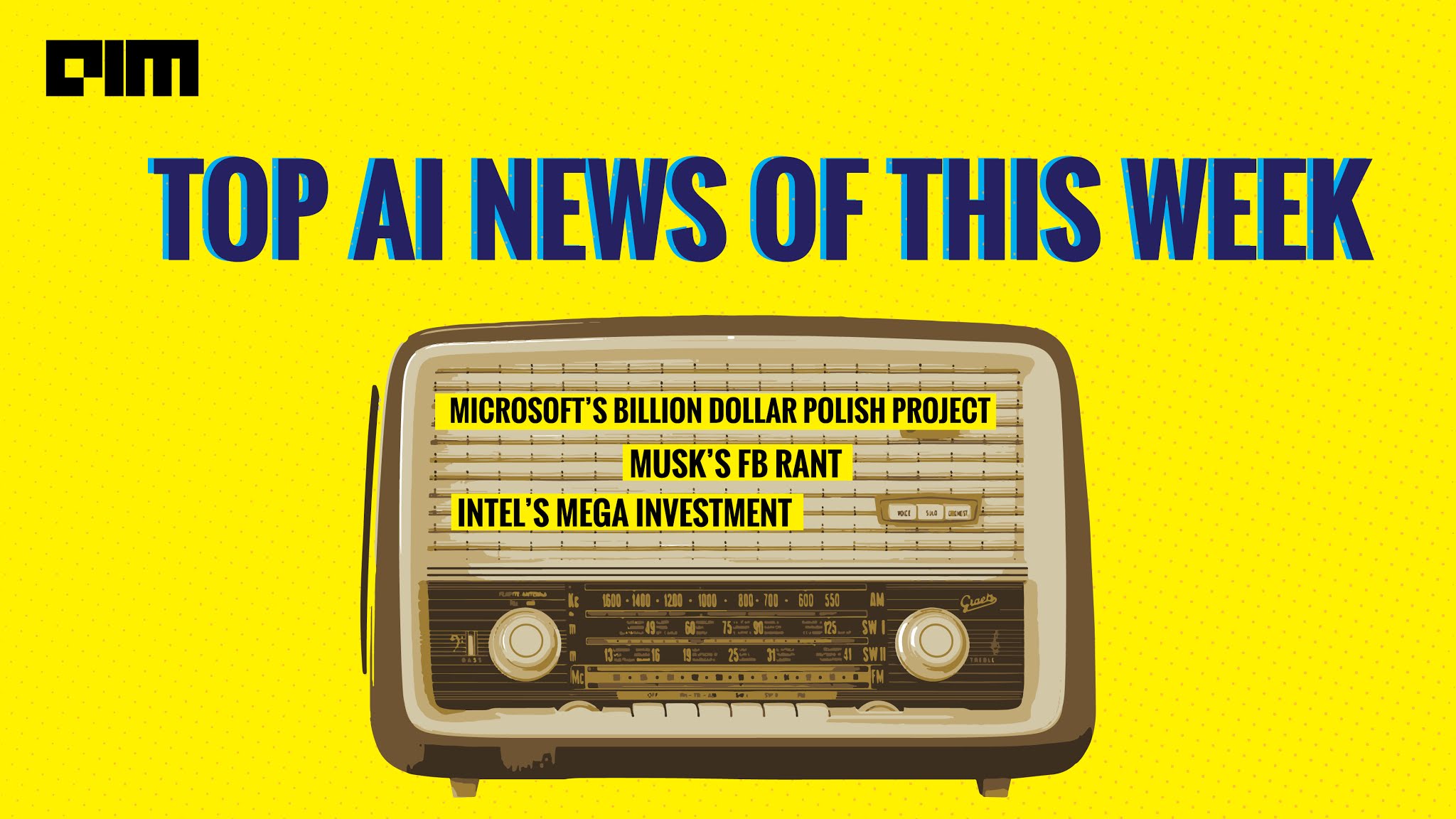 This week, we have witnessed some mega acquisitions, adoptions and stern judgements with regards to artificial intelligence. While the governments are finally embracing AI, the futurists are at crossroads with regards to AGI. Let’s take a look at all the interesting things that have happened recently:

On May 12th, it was announced that the Department of Justice awarded a $210 million contract to artificial intelligence company Veritone. According to this two-year contract, Veritone will provide audio and video transcription services. Besides, it will offer translation services to the department and its 94 U.S. attorneys offices across the country. Veritone is confident that their service will reduce the time associated with discovery processes and lower costs. Back in 2019, Veritone’s aiWARE Government platform was approved by the Federal Risk and Authorisation Management Program and was funded by DOJ. Now, this new contract fortifies Veritone’s position and makes AI more mainstream.

No, AI Cannot Be An Inventor, Patent Office Declares

In what came as a shocker to the AI community, both the United States Patent & Trademark Office (USPTO) and the European Patent Office (EPO) with regards to the petition to grant patents for an AI system called DABUS for invention, have quashed the application. They have  reasoned that (AI) cannot be identified as an inventor because AI is not a “natural person” or a “legal person.”

After a $900M acquisition of Moovit, this week, Intel’s investment wing, Intel Capital has announced that they are investing $132M in 11 AI startups: Anodot, Astera Labs, Axonne, Hypersonix, KFBIO, Lilt, MemVerge, ProPlus Electronics, Retrace, Spectrum Materials and Xsight Labs. Intel Capital also said that they are on track to invest close to $500M in startups this year.

Microsoft Corp. announced last week that they are investing a whopping $1B to accelerate innovation and digital transformation in the “Polish Digital Valley.” They will be opening a new Microsoft data centre region in Poland to provide a broad ecosystem of startups, entrepreneurs, enterprises and government access to enterprise-grade cloud services.

This will allow an ever-wider use, faster implementation and more benefits to those public institutions and businesses in critical sectors along with Poland’s thriving start-up community.

Musk Gets Called Out; Responds By Saying FB Sucks

Jerome Pesenti, Head of AI at Facebook called out Elon Musk for being clueless about AI and all the talk about AGI is just a waste of time. Musk, in his usual no filter style, expressed his feelings about Facebook. This tweet was followed by Yann Lecun’s retort of Tesla using PyTorch, a product of FB. To which, Musk admitted that PyTorch is great and ended the conversation. But, this whole polemics kicked off the whole AGI debate and whether we should care about it. Pesenti’s argument is that we should focus more on matters more urgent such as fairness in ML and not deviate towards something as distant as AGI.

Another Israeli Company Up For Grabs

According to the reports, Microsoft is set to acquire Israeli cybersecurity company CyberX. According to sources close to the talks, Microsoft will pay $165 million for the acquisition. CyberX, which was founded in 2013, engages in the Internet of Things (IoT) cybersecurity for command and control systems for industry.

USPTO, who has been overseeing a rise in AI-based patents have decided to leverage this technology to their own advantage. As per a recent announcement, the USPTO has awarded General Dynamics Information Technology (GDIT) a new contract worth $50M. In their press release, GDIT stated that they will be supporting USPTO to pilot, test and implement AI, ML and natural language processing to transform business processes and enhance mission delivery. These solutions are aimed at accelerating applications and requests, predict fraudulent transactions, identify opportunities for operational efficiencies and reduce patent and trademark application backlogs.

Apple, also claims that it has the world’s largest AR platform, with hundreds of millions of AR‑enabled devices, as well as thousands of AR apps on the App Store. Apple says that its hardware and software are designed from the ground up for AR and with acquisitions like NextVR will complement their existing services.

This news might have surprised the social media networks especially, Twitter and Facebook, which have been introducing new policies and automating moderation to bring down misinformation and save the conversations. However, it looks like this isn’t enough for the French government, and social networking sites might have to gear up to go in 60 minutes.