10 Mind Bending Applications Of Neuralink, According To The Team 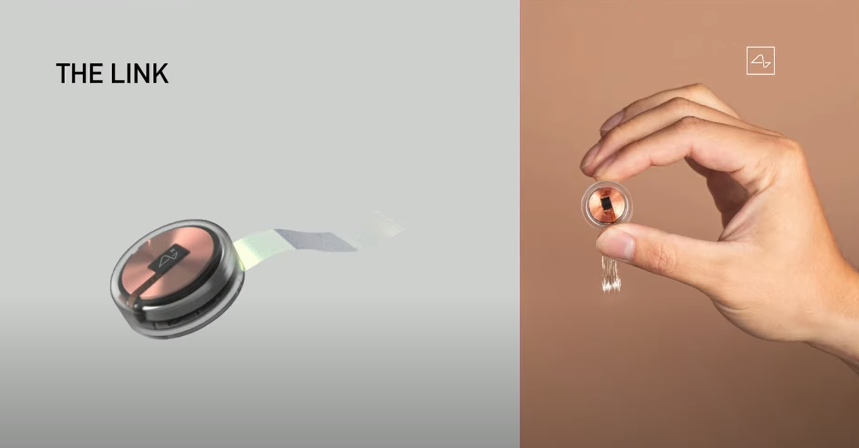 Towards the end of the Neuralink event, a handful of team members from different disciplines answered most interesting questions from the Internet. They took turns and expressed what kind of applications excite them the most and shared what they expect to see from Neuralink in the future.

One of the engineers at Neuralink who works in the visual neuroscience department said that this project has the potential to provide a visual prosthesis for people who have retinal injury or blindness through eye injury. The idea is to essentially plug a camera directly into the visual cortex and stimulate an enormous array of thousands or maybe tens of thousands of electrodes to recreate a visual image. And in time perhaps the same technology can be used to produce some kind of heads up display. To this Elon Musk added that we could actually give somebody supervision. One can see the world in various wavelengths like ultraviolet or infrared and radar. All one has to do is basically name their frequency and dynamically adjust the sensor to have a superhuman vision.

According to one of the lead chip designers at Neuralink, Telepathy can be the next frontier for Neuralink. He explained that it takes an incredible amount of effort to put thoughts into a set of words. These words are a compressed format of our immense thinking capabilities. Musk too, chimed in on this idea and added that the data rate of words is very low data and we’re putting a tremendous amount of mental energy into compressing the concepts and thoughts on our head into words. With Neuralink one might actually send the true thoughts and communicate far better. Musk called this communication a ‘non-linguistic consent consensual conceptual telepathy’.

3| As An Oscilloscope For Brain

Oscilloscopes provide visual information of printed circuit boards(PCBs). Similarly,  the Neuralink device can shed light on many functions of the brain. “The side effect of this device is, you’ll end up learning a ton about how the brain works,” said one of the team members.

As discussed in case of telepathy, our communication systems are inefficient when it comes to translating thoughts. One of the lead researchers believes that there is a lot of untapped creativity in each one of us. “ For example you know to close your eyes and conjure up an incredible like dolly-esque scene but you know if I wanted to actually show someone that it would take years of honing a craft to be able to paint it. With enough electrodes in the right places you could begin to sort of tap into those raw concepts or thought vectors and be able to decode that and show people primitive versions of music or even 3D model for engineering,” he explained.

Memories fade. They get replaced, edited through narratives. As years pile up, the original version is no longer there. Though this sounds like straight out of the movie Memento, it is unfortunately true. So, one of the team members hinted at the idea of memories as repositories. Like music,, one can go revisit the memory and alter the mood on demand. If this is cracked, then cognitive disorders like dementia can be easily dealt with.

One of the in house neurosurgeons who was present at the event, spoke how pain is essence of basically all human suffering. There are so many diseases today, which can cause lot of pain. Even the treatments can be painful. If this pain is somehow minimised then the way we look at ailments dramatically changes. Neuralink devices can play a crucial role in this too.

Form the perspective of our species, Musk reminded everyone,  it’s going to be important to figure out how we coexist with advanced artificial intelligence(AI) and achieving some kind of AI symbiosis where an AI extension of one’s self is like a tertiary layer above the limbic system and cortex . Having that symbiosis can be good to have a world in the future that is controlled by the combined will of the people of earth. According to Musk, this going to be important from an existential threat standpoint to achieve a good AI symbiosis and that’s what might be the most important outcome of Neuralink.

8| Consciousness Through The Lens Of Physics

One researcher expressed his wish to understand the nature of consciousness. “There’s a lot of very silly philosophy that’s been written about over the last thousand years,” he added. “But i think that we’ve been very limited by the tools and our ability to interrogate. And as we measure the brain these tools get better it will pull it into the realm of physics and it’s really one of the last big great mysteries in science.”

Imagine a disease-free future where you know you know what’s going to happen to you before it happens so you can prevent it with these devices. We’ll be able to not just speak of electrical signals but can also pick up chemical cues in the brain and prevent the diseases ahead of time..

The device has the potential to scale to more channels, more regions. As it goes deeper, the chances of solving issues related to anxiety, fear and depression become high. One of the team members wants fear to be eliminated so that she can enjoy her rock climbing. However, Musk quickly suggested to her that some fear might still be useful!

All the aforementioned futuristic sounding applications might look quite ambitious. But, we can never bet against Elon Musk. He was even giving a thumbs up when someone suggested if a Tesla could be summoned using Neuralink. So, there definitely seems to be no upper limit to what this coin shaped implant can do.

Read about the full event here.