MIT Report Suggests India Is Lagging Behind China In AI. Can This Be Fixed With Their 5-Point Plan? 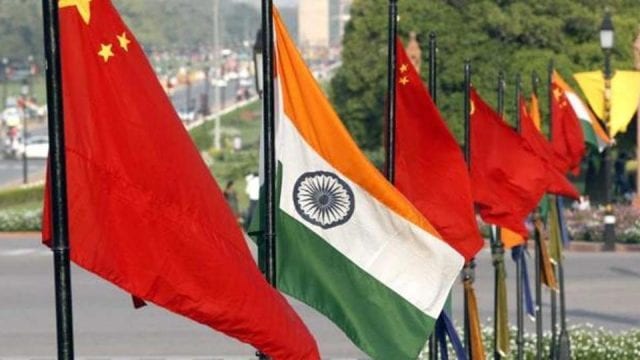 Can India catch up with China in artificial intelligence? According to an MIT report, India is on course to become the third-largest economy in the world (by GDP) within the next few years. But the country is finding it hard to kick-start its own AI revolution. India is playing catch-up with China and the West in terms of technology, research prowess, investment, and most importantly, data, which is the lifeblood of AI.

The report further states that the countries who have an AI advantage are eager to export the technology and ply data from users in developing nations to increase their lead. This could lead to international power dynamics, dividing nations into two distinct categories — the AI ‘haves’ and ‘have-nots’. The recent GDPR guidelines are a way to protect citizens’ data from misuse.

Now India’s AI taskforce, established by the Government, identified 10 important domains of relevance, such as manufacturing, healthcare, education, retail, public utility services and national security, which could benefit from AI adoption. The report consists of five-year recommendation plan which outlines the action plan:

In an earlier article, we discussed how IBM’s senior executive Ameer Shahul observed in a portal how India is too late to put its act together. But more importantly, the industry veteran pointed out key points about the AI Task Force and its lacklustre recommendations that reflect poor vision and strategy. Shahul pointed that a key reason for the lack of vision could be the AI Task Force is heavily made up of academicians and bureaucrats who lack a hands-on industry experience. Besides the committee failed to draw inputs from those in the know (stakeholders like investors, startups and leading companies in AI research like Microsoft, Google, Amazon and IBM, among others). There was also a lack of industry participation from bodies such as Data Security Council of India or National Association of Software and Services Companies.

The task force’s skewed representation — it is made up of six academicians, five bureaucrats, two independent consultants, and two representatives of Indian IT companies could have resulted in a lacklustre roadmap.

China has had an early start, a robust digital infrastructure and their unmatched ability to produce PhD-level mathematicians and stem engineers. China’s rise in AI has sparked geopolitical discourse and much of their economic growth can also be attributed to AI development. A recent analysis by Accenture revealed that AI has the potential to add as much as 1.6 percentage points to China’s economic growth rate by 2035. In China’s case — AI is seen as a new factor of production rather than just a productivity enhancer. This is one of the cases which could translate into a significant increase in projected growth.

India Must Create A Playbook For AI Development

The real value of AI development in the public sector can only be realised from civilian applications which are embedded in daily lives. Top AI researchers are keen to work on applications for social good and to fully exploit AI’s potential for economic growth. Indian policymakers should address the key challenges of revamping technological infrastructure.

While Indian IT companies and domestic firms are integrating AI into their strategies and creating new AI playbooks to boost business, the government should advocate investing in developing capabilities such as data management and augmenting the current skill set by giving professionals a chance to reboot and enhance their skills. Policymakers should also advocate a code of ethics.

There are three focus areas to tackle challenges in AI development:

Although the Indian market is driving the implementation of AI, India too can spur AI adoption by integrating it in public sectors and traditional industries and deepening the talent base at the same time. A McKinsey report revealed that China followed a five-point strategy:

Meanwhile, India is already making a headway in developing a technical infrastructure and strategic awareness, but when it comes to AI talent, India lags behind China and western counterparts. However, India has the capability to lead in collaborations, forge partnerships for strengthening frameworks and make a positive impact with technological breakthroughs.