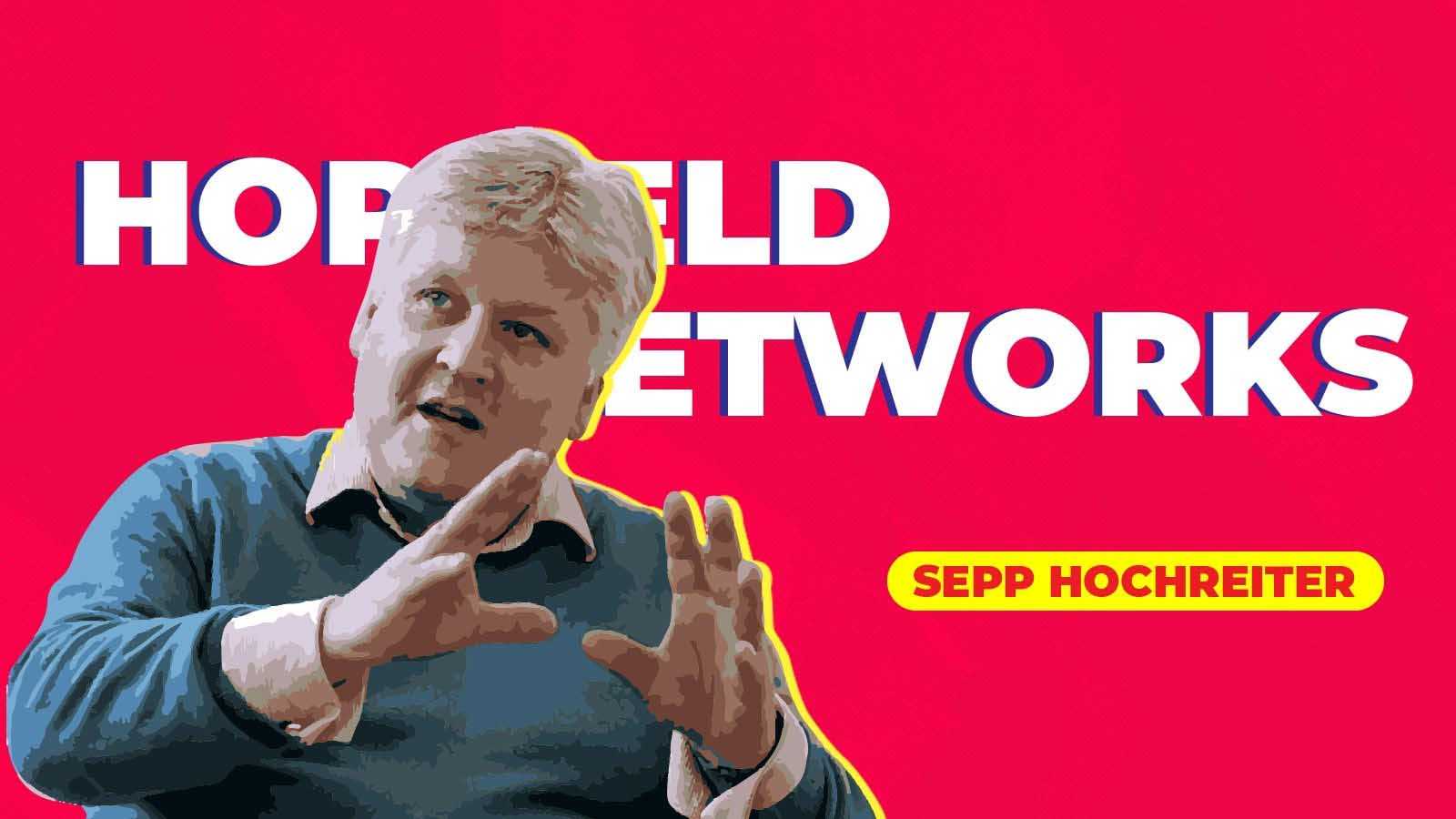 Introduced in the 1970s, Hopfield networks were popularised by John Hopfield in 1982. Hopfield networks, for the most part of machine learning history, have been sidelined due to their own shortcomings and introduction of superior architectures such as the Transformers (now used in BERT, etc.).

Co-creator of LSTMs, Sepp Hochreiter with a team of researchers, have revisited Hopfield networks and came up with surprising conclusions. In a paper titled, ‘Hopfield networks Is All You Need’, the authors introduce a couple of elements that make Hopfield networks interchangeable with the state-of-the-art transformer models.

The main contributions of the paper can be summarised as follows:

2| The state ξ is updated by the following new update rule:

Why Use Them At All

“The modern Hopfield network gives the same results as the SOTA Transformer.”

The re-emergence of the once outdated Hopfield networks has created ripples within the ML community.

In one of the popular forums, the enthusiasts queried why should anyone bother replacing the attention layer with that of Hopfield. “Am I correct that they are theoretically exactly the same operation, and there is no benefit to switching?”

To which, one of the authors of the original paper responded by saying that there is no reason to replace the transformer implementations with Hopfield layers. However, the Hopfield layer is more general. One can do multiple updates, can adjust the parameter, have static queries etc. Most importantly, the Hopfield interpretation allows one to gain new insights into the working of transformers, characterised by the kind of fixed points.

Moreover, the Hopfield layer can be integrated flexibly in arbitrary deep network architectures, which the author thinks can open up new possibilities.

Regarding the computational gains with Hopfield networks, the researcher wrote that the Hopfield layer could be seen as a stand-alone module. That said, if one wants to replace a pooling layer, then the Hopfield layer would require more compute compared to that of replacing an LSTM layer.

Attention heads lie at the heart of successes such as BERT and other language models. And, to figure out that an almost obscure technique such as Hopfield network is now on par with state-of-the-art models is nothing short of a miracle. The researchers hope that this successful demonstration will encourage others to revisit the fundamental methods of hiding in plain sight.

OpenAI’s Not So Open GPT-3 Can Impact Its Efficacy

How To Do Multivariate Time Series Forecasting Using LSTM