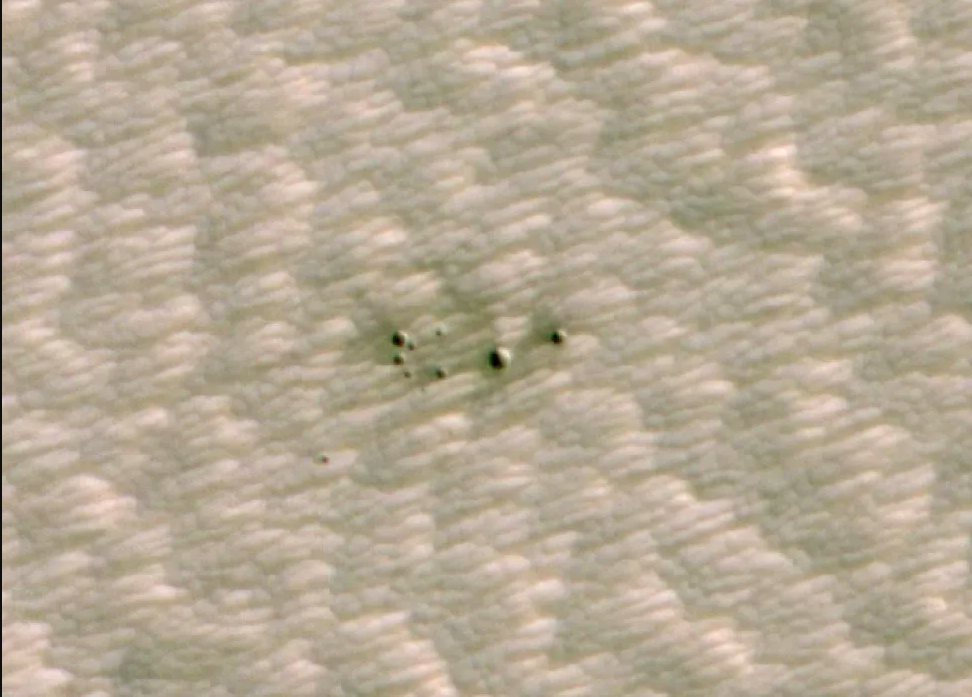 Amid NASA’s progress in AI research starting from ML model to predict hurricanes to partnering with Google to make quantum computing accessible, it has now developed a new AI tool to classify a cluster of craters on Mars.

The launch of this new AI tool, built on a machine learning algorithm, was aimed at helping scientists to reduce their process time of scanning a single Context Camera image. Thus, researchers from Jet Propulsion Laboratory (JPL), created this tool also called an “automated fresh impact crater classifier”, where for the “first time” researchers are leveraging AI to identify unknown craters on the Red Planet, stated by NASA, in their statement.

According to their news release, typically scientists and researchers spend hours each day studying images to understand “dust devils, avalanches, and shifting dunes,” and approximately 40 minutes to scan a single Context Camera image; however this tool will significantly reduce the processing time and advance the workflow massively.

The launch of this tool is a part of a broader NASA’s bigger effort — COSMIC — capturing onboard summarization to monitor image change that develops technologies for future generations of Mars orbiters.

How Has The Tool Been Created?

In order to train the AI tool, or also known as the crater classifier, the researchers and scientists fed the model 6,830 Context Camera images. These images are taken from the context cameras as well as those of locations with previously discovered impacts — confirmed via HiRISE.

Once the model has been trained, the tool is equipped with 112,000 images that have been taken by the Context Camera on NASA’s Mars Reconnaissance Orbiter. The training of the model was done on a supercomputer cluster at JPL, which was created by dozens of high-performance computers that can operate in concert with one another. Such advancement will help the scientists in reducing the processing time to an average of just five seconds.

While this model development process was going on, the scientists have undergone some significant challenges, one was to figure out “how to run up to 750 copies of the classifier across the entire cluster simultaneously,” stated by the JPL computer scientist Gary Doran.

To explain it, Doran said, technically, it isn’t feasible to process over 112,000 images in a reasonable amount of time without distributing the work across many computers, and that’s why it was required to split the problem into smaller pieces that can be solved in parallel.

However though this advancement made a massive change in scientist workflow, the classifier still requires a human to check its work.

To this point, JPL computer scientist Kiri Wagstaff stated, artificial intelligence can’t replace the skilled analysis work of a scientist; however, this new algorithm can act as an assistant. “This paves the way for an exciting symbiosis of human and AI’  investigators’ working together to accelerate scientific discovery.”

MRO’s Context Camera usually captures low-resolution images covering hundreds of miles or kilometres at a time; however, this instrument can assist in locating blast marks around an impact and help them specify the location to look for.

With such an advancement in hand — August 2020 witnessed a dark smudge detected by the classifier in a region called Noctis Fossae was, in fact, the cluster of craters, confirmed by HiRISE. “The team has already submitted more than 20 additional candidates for HiRISE to check out,” stated by the new release.

According to the release, while this crater classifier runs on Earth-bound computers, the key to develop use similar classification technology on future Mars orbiters. This would help narrow down orbital imagery for scientists to investigate further and provide a complete picture of how often meteors strike Mars, stated by a Georgia Tech graduate student who worked on the classifier as an intern at JPL.

Some other scientists at JPL are hopeful with the new tool where it could offer a complete picture of meteors striking on Mars and will also reveal small impacts in areas which were undiscovered before. In fact, the more craters that are analysed, the more scientists can know about its size, shape, and frequency of meteor impacts on Mars.

Top AI/ML Tools That Are Waging War Against Fake News

This AI Can Detect If Planets Will Collide Into Each Other