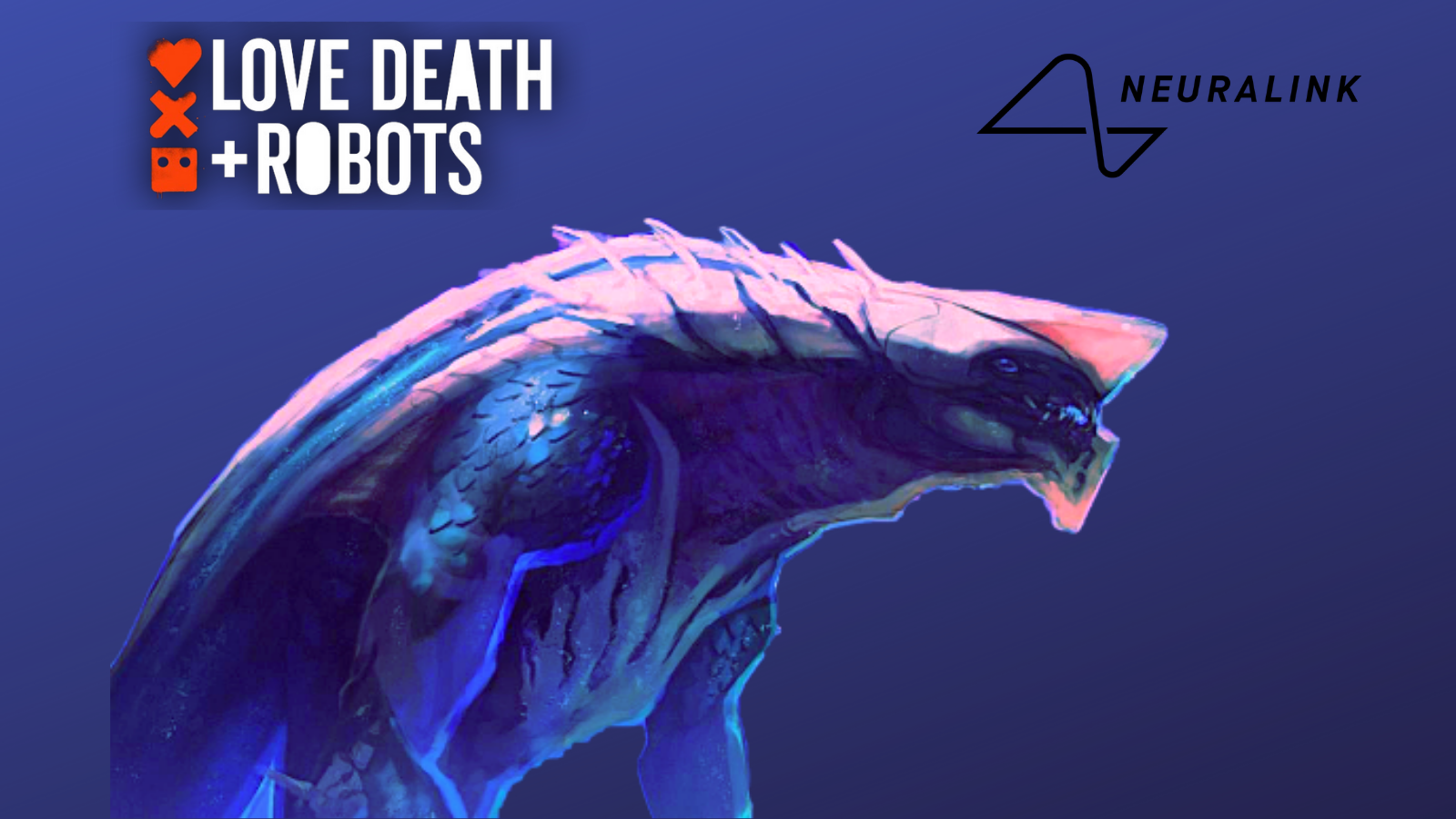 Love, Death & Robots is a Netflix Original anthology series that features a set of stories based around the theme of love, death and robots, set in the future. The show starts off with its first episode being about an underground fight club where genetically modified animals fight each other.

Set in dystopian London, this club features ‘beasties’, biologically modified and augmented beasts built to fight. The kicker here is that these beasts are pitted against each other with a human controlling each one; a possible future of competitive sports.

The technology used for this connection is simply referred to in the show as an “Affinity Link”, and allows the human, in this case, an individual called Sonnie, to effectively take over the mental tasks of the beast, known as Khanivore in this instance. Even as this seems far-fetched and futuristic, such technology is being built today in the form of Neuralink.

How Love, Death & Robots Implements It

The neural interface, termed as the A-Link, takes the form of a small chip on the side of the human’s head, featuring a small screen. This implies that the device has a direct connection to the brain of the individual controlling the beast.

Even though it is not shown, the beast also has a device embedded in it, seen when the handler’s assistants begin booting the device up. All of the beast’s actions can be controlled without any apparent movement from the human, and the individual controlling the beast has also shown the ability to act distinctly from the beast itself. Physical damage from the beast is also not transmitted to the user.

All of these factors imply that it is a two-way connection between the host and the controller, with select stimuli being transmitted across the link. While undesirable stimuli such as pain are not transmitted, cognitive commands are transmitted and feedback is related to low latency.

How Today’s Technology Holds Up

Transhumanism: It also opens up the possibility of a practice known as transhumanism, potentially allowing for changing the way humanity as a whole is perceived. However, before developing high-bandwidth, wireless, and complete brain-machine interfaces, the groundwork has to be laid. One of the first advancements in this field is restoring motor function to those who lost it, either by amputation or physiological problems.

Deep Brain Stimulation: These kinds of interfaces are based on communicating with the motor cortex; the part of the brain that sends signals regarding the movement of muscles. After implanting an electrode array in an individual’s motor cortex, signals from the arrays can determine which neurons are firing and hence enable a computer input to be generated. Companies such as BrainGate have developed technologies that allow individuals to control computers with their minds alone.

Neuralink In The Future

Neuralink is comprised of a group of industry experts and headed up by Elon Musk who aim to use today’s brain-machine interconnect technology as a starting point to create the interfaces of the future. The company aims to remove the negative effects of physiological illnesses such as stroke, congenital defects or cancerous lesions.

One of the biggest roadblocks towards the creation and adoption of these technologies is the human understanding of the brain. For intelligence and cognition to be accurately transmitted to another brain, a high-bandwidth, high-accuracy connection is required. More than this, these concepts have to be fleshed out and isolated to individual parts of the brain, and then interfaced with.

Moreover, other problems, such as how to implant the interface, also arise. The process is required to be automated, so as to reduce the amount of specialized talent required for a procedure. It should also be easy to implement, as a more difficult procedure will cause people to shy away from adopting it.

If all of these roadblocks are removed, then a world wherein another cognitive layer is added on top of existing brain layers will be possible. Just as we use our phones as an extension of our bodies today, we will use neural interfaces of the future to augment the body and mind in unforeseeable ways.