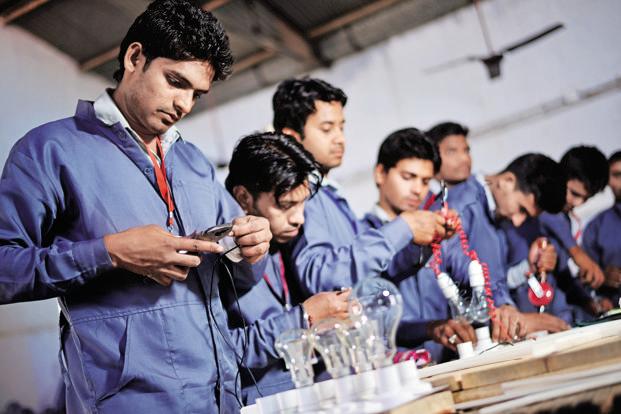 The Indian government is mulling creation of a national policy for reskilling and upskilling Indian youths in emerging tech such as artificial intelligence, machine learning and the Internet of Things. The move is among the first set of the announcement that the incumbent government made post their landslide win in the recently concluded Lok Sabha Elections.

Speaking to a leading daily, a senior official with the BJP government said that the development comes in the wake of increased demand for the right-skill sets in the field of AI and analytics and stated that the youth reskilling is on the government’s agenda for the next five years.

To achieve the same,  the government has identified over a dozen key areas and based on the demand for the requisite skill sets, it will be designing the curriculum as per each segment. Among the areas of focus include BSFI (Banking, financial services and insurance) sector, IT/ITes, manufacturing, e-commerce, retail, logistics, healthcare and telecommunications, the report stated.

The move comes at the right time as India is currently ripe with opportunities in the field of AI and analytics. According to a study by Analytics India Magazine, India’s analytics is currently estimated to be $2.71 billion annually in revenues, growing at a healthy rate of 33.5% CAGR. In a sector-wise analysis, the study stated that the BFSI is the largest sector being served by analytics in India and an estimated 12,000 freshers were added to the analytics market in 2018 alone.

Even though the hiring activities witnessed a spike by 33%, finding the requisite talent continues to plague the industry throughout the length and breadth of the country.

Over the last few years, the government has, however, introduced a number of steps to bolster the development in the field of AI starting with its adoption of National AI Strategy. In this article, we take a look at the top steps taken by the government to promote AI and reskilling in the country.

Introduction of AI courses in schools: In March this year the Central Board of Secondary Education (CBSE) announced that it will introduce AI and data science as optional sixth subjects from the 2019-2020 academic year. AI will be introduced as a  Skill subject for class IX and allowing the students to continues its learning to Class X. The subject will be totalled at 100 with marks distributed equally between theoretical and practical test.

According to the board, the move is to make India’s next generation AI ready and sensitise the students regarding the role of emerging tech like AI and ML.

Artisanal Vs Modular Approaches While Building An AI Function

“To enhance the multidisciplinary approach in teaching learning and also to sensitize the new generation, it was decided that School may start AI “Inspire module” of 12 hours at Class VIII itself,” CBSE said in a press statement.

LeadingIndia.ai: This is a nation-wide AI skilling and research initiative constituted under the guidance of NITI Aayog. The project hopes to change the landscape of AI Research in India and has collaborated with ten educational institutions, both national and international and have brought together prominent names in the field to mentor young students and teachers in AI and Data Science. As per its website, the project has already trained 10,000 teachers and 10,00,000 students across India

Recognition of Prior Learning (RPL): The project was one among the initial steps taken by the government for the purpose of reskilling. As part of the new initiative, RPL will be updated to include the latest curriculum and the government hopes to train as many as 4 million youths by 2020. The objective of this skill certification scheme is to enable a large number of Indian youth to take up industry-relevant skills training that will help them in securing a better livelihood. To align the competencies of the un-regulated workforce of the country to the standardised National Skills Qualification Framework (NSQF) and to enhance the employability opportunities are its main objective. Among its certification programme for youth include IT/ITes and BFSI sector skill development.

Why Learning Rate Is Crucial In Deep Learning

Reskilling Vs Hiring: What Should Companies Do?

The Zomato Effect: Why You Need To Re-Tool Your Skills To Future-Proof Your Job