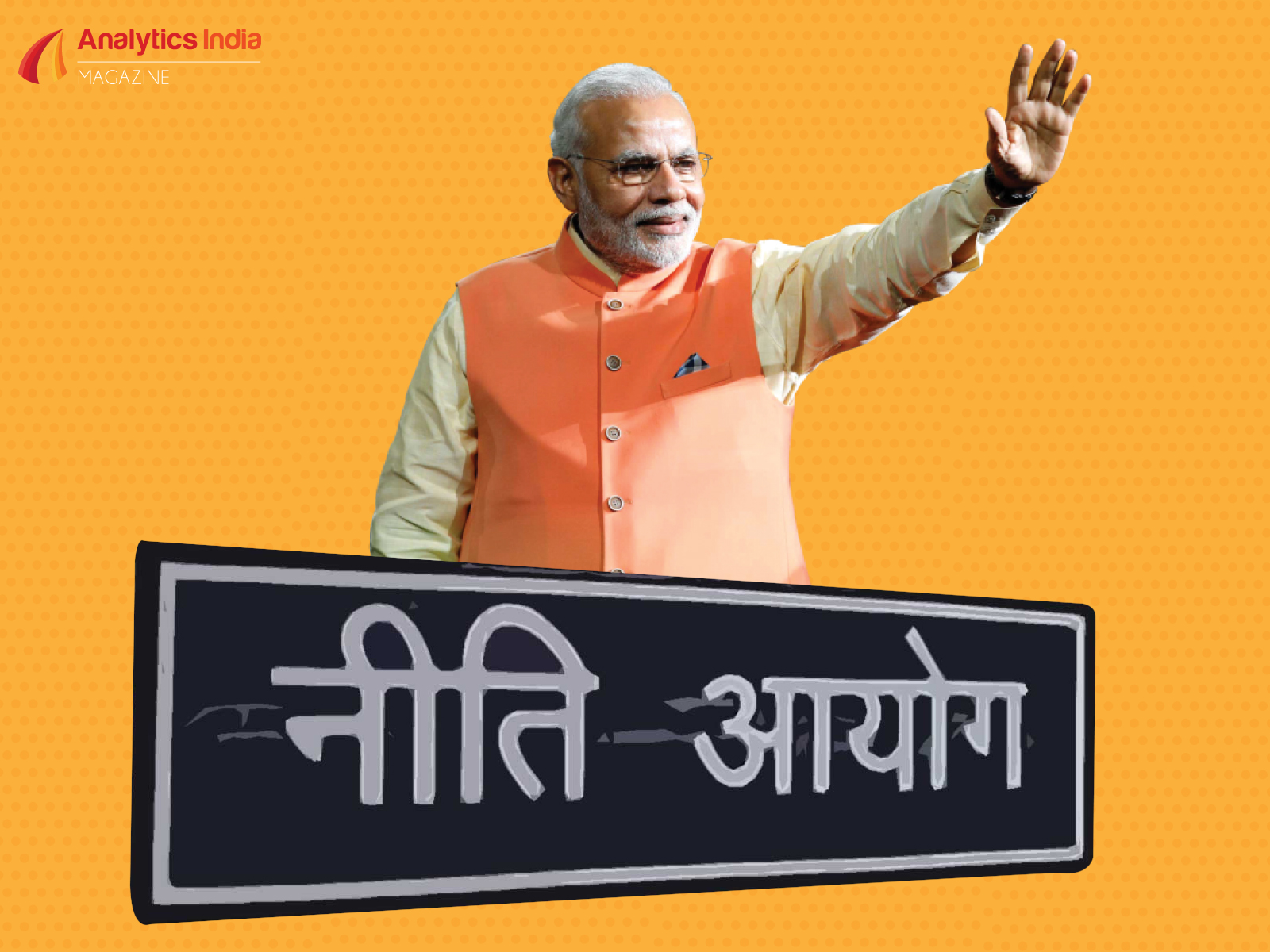 The National Institution for Transforming India, better known as the NITI Aayog, has had a tumultuous year so far, especially when it comes to the emerging tech sector. From working closely with numerous tech behemoths to keeping their ears on the ground to understand the grassroots reality in a diverse country like India, the NITI Aayog has had their hands full with their work with technologies like artificial intelligence, internet of things, machine learning and data analytics, among others.

Formed via a resolution of the Union Cabinet on 1 January 2015, the NITI Aayog is the premier policy think tank for the Government of India. It has been providing both directional and policy inputs, designing strategic and long term policies and programmes, and has been helping with relevant technical advice to both the Centre and States since then.

But there were a few moments since the mid-2018 when the country, including the NITI Aayog itself, thought it was in trouble.

The BJP-led NDA government in 2014 had published their reform agenda, and had constituted the NITI Aayog to completely replace the Planning Commission, an institution, which was in existence since 1950. In his first Independence Day speech in 2014, Prime Minister Narendra Modi had announced the dissolution of the Planning Commission. PM Modi had said that it was done in order to better serve the needs and aspirations of the people of India. This was an important evolutionary change from the past as the NITI Aayog now functioned as the quintessential platform of the Government to bring States to act together in the national interest, and thereby fosters Cooperative Federalism.

However, in March 2019, Congress (INC) president Rahul Gandhi had announced that if voted to power, his party would scrap the NITI Aayog and replace it with a “lean” Planning Commission.

If voted to power, we will scrap the NITI Aayog. It has served no purpose other than making marketing presentations for the PM & fudging data.

We will replace it with a lean Planning Commission whose members will be renowned economists & experts with less than 100 staff.

This announcement by the (then) prime ministerial candidate was a direct result of the controversy over official statistics that presented a different set of data regarding Gross Democratic Product (GDP) growth that allegedly favoured the Modi government over the draft data prepared by the National Statistic Commission.

Now, post the stupendous victory by the incumbent Bharatiya Janata Party (BJP) and PM Modi, several reports are suggesting that the NITI Aayog is set for a rejig. Called NITI Aayog 2.0 by the media, the think tank will is rumoured to see some large-scale changes internally.

In a paper titled, Towards India’s New Fiscal Federalism, former Finance Commission chairman Vijay Kelkar has proposed several changes to the NITI Aayog, Some of the key changes are:

While the suggestions in the paper by Kelkar are theoretical in nature, policy experts have suggested that many of these may form a sound foundation NITI Aayog’s future. However, no official statement has been released by either the Government or the NITI Aayog regarding the same.

As of now, the core of NITI Aayog’s creation are two hubs:

The Team India Hub leads the engagement of states with the Central government, while the Knowledge and Innovation Hub builds NITI’s think-tank capabilities. These hubs reflect the two key tasks of the Aayog.

NITI Aayog is also developing itself as a state-of-the-art-resource centre, with the necessary resources, knowledge and skills, that will enable it to act with speed, promote research and innovation, provide strategic policy vision for the government, and deal with contingent issues.

The Indian think tank has done extensive work in the field of emerging tech like AI, ML, IoT and data analytics, among others. They had also unveiled a discussion paper in 2018 which addresses the national strategy on AI and other emerging technologies in India. In the paper, the NITI Aayog had identified five sectors to focus its efforts towards the implementation of AI to serve societal needs:

Throughout their first stint, the BJP, as well as PM Modi, have put enough importance towards technology by starting various new programmes and setting up the AI Task Force to prepare India for the upcoming Industrial Revolution 4.0. Through numerous events and speeches from, PM Modi has deliberately showcased himself as well as his government as technologically-forward, a move which has had a direct effect on the number of electoral bonds bagged by the BJP.

Earlier in May, the NITI Aayog had reportedly requested for ₹7,500 crore in funding for creating a new cloud platform and sponsoring new research institutes. In a cabinet note circulated for the consideration by the Expenditure Finance Committee, the think tank had said that the major part of the funds would be spent on AIRAWAT, a cloud platform for big data analytics and assimilation, with a large, power-optimised AI computing infrastructure using advanced AI processing.

NITI Aayog CEO Amitabh Kant had also asked the state and central ministries to identify key tech-based projects which can be used to resolve problems in agriculture, education and health, among other sectors. They have estimated that AI has the potential to add $15.7 trillion to the global GDP by 2030, making it the biggest commercial opportunity in today’s fast-changing Indian economy.

Earlier this week, the NITI Aayog announced that they are planning to develop an AI Readiness Index. This index would rank states on their capacity to adopt the technology for public service delivery and exploit its innovative potential.

Well before the BJP won the Lok Sabha Elections earlier, PM Modi had asked his party office, the NITI Aayog and Principal Scientific Advisor to prepare the agenda for the first 100 days after the for the next government.

Now, Rajiv Kumar, the VC at NITI Aayog has told a noted news wire that the focus for this 100-day plan was going to be industrial development. To facilitate this, the Aayog has reportedly suggested reforms in labour laws, privatisation moves, and creation of land banks.

“The government could also offer swathes of land to foreign investors from the land banks it plans to create from unutilised land controlled by public sector enterprises,” Kumar told the news agency. He added, “There will be a big bang, there will be 100 days action. We are all geared for that … I have maintained that the fiscal policy should be countercyclical. There is scope for that.”