Qatar has set up a tech hub which leverages AI to predict crowd swelling, monitor spectators and even manage the temperatures at the stadium 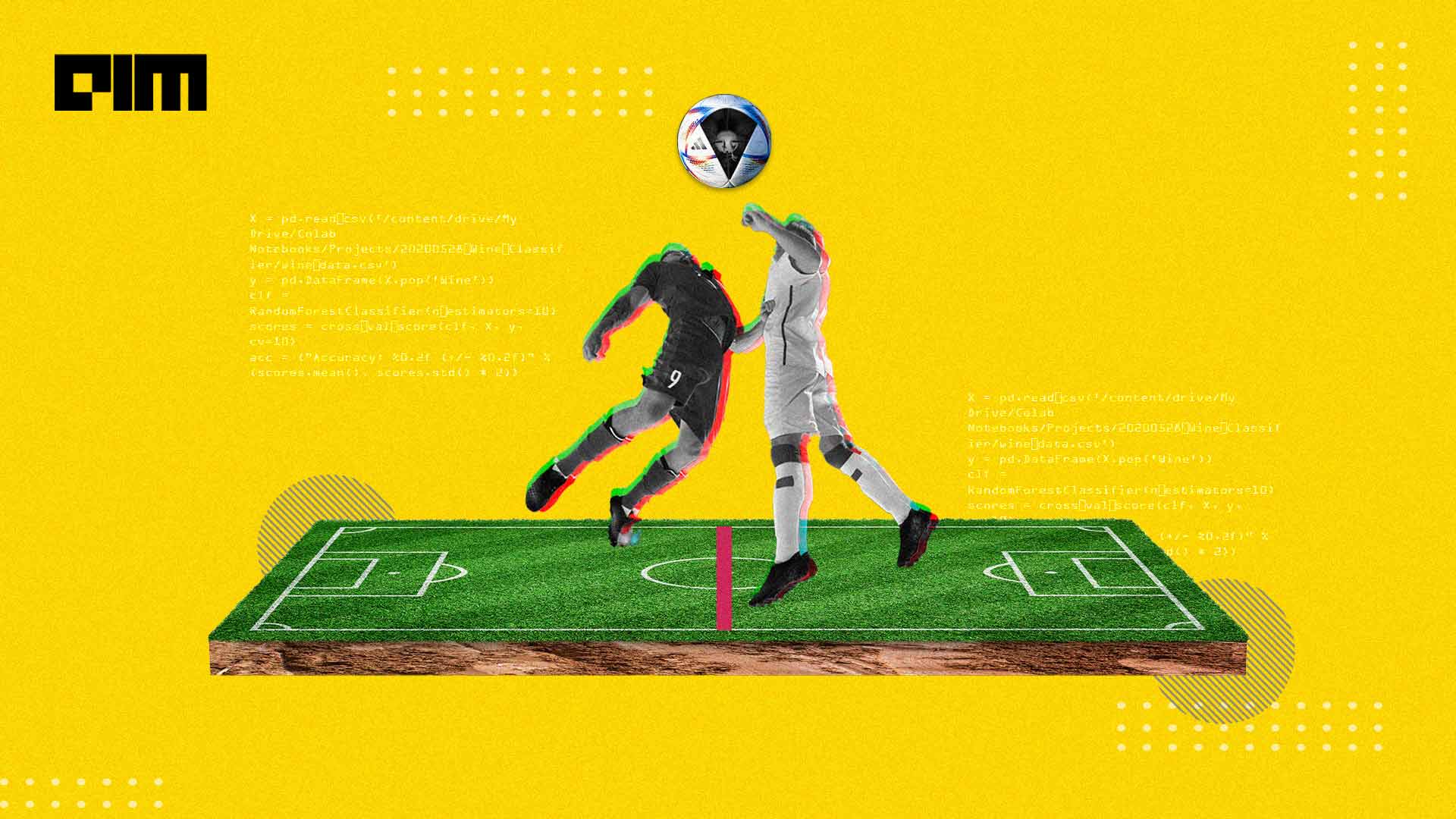 In the opening match of the FIFA World Cup 2022 between host Qatar and Ecuador, when Enner Valencia gave the South American side the lead in the third minute of the game, it was ruled offside by the Video Assistant Referee (VAR).

At first instance, it appeared that the referee had made a horrible mistake as Valencia nowhere appeared to be offside. But once we got a glimpse of how VAR came to this conclusion, almost all of us were left dumbstruck.

“No chance the referee would have seen that!” the commentator exclaimed. Even though VAR has been controversial, in the end, it was the right call.

Without a doubt, technology’s influence in multiple aspects of the game is increasing significantly. In the ongoing tournament, technology is not only being used to make the game fair but also manage the crowd and curtail hate speech.

VAR is not new – in fact, it has been extensively used in some of the top leagues in Europe, as well as in the UEFA Champions League. VAR was also used in the earlier edition of the tournament held in Russia.

However, football fans have heavily protested across Europe against the use of VAR. Many have also taken to social media to impugn VAR because some of the decisions have been controversial over the years.

But according to FIFA, they have spent the last few years improving the VAR system and have come up with a semi-automated VAR. The new technology leverages AI and creates 3D models (Figure 1) of the player’s position in real time and helps the referee see which part of the body is furthest forward and make the right call for offside.

To help AI create the 3D model, around 10 to 12 cameras are installed inside the stadium underneath the roof. These cameras follow the players and track up to 29 data points at 50 times per second. The data generated is then processed in real-time to create the 3D models.

The biggest advantage of this AI-based technology is that it’s fast and does not disrupt the flow of the game, which has been one of the biggest complaints from the current VAR. However, not everyone agrees.

Notable sports journalist Duncan Castles took to Twitter and said sarcastically, “Well over a minute for FIFA’s semi-automated VAR system bolstered with AI to determine that Kai Havertz was offside here. Such an impressive advance.”

The official ball for the tournament, called Al Rihla, contains motion sensors inside, which report precise location data on the ball 500 times per second. Placing sensors inside the ball helps VAR make more precise decisions, according to Adidas, who have designed the ball.

“Al Rihla can provide a further vital element for the detection of tight offside incidents as an inertial measurement unit (IMU) sensor is placed inside the ball. This sensor, positioned at the centre of the ball, sends data to the video operation room 500 times per second, allowing a very precise detection of the kick point,” FIFA said.

Further, Adidas explained that the ball does not hamper the performance of the players, and it has already been tested at the FIFA Club World Cup 2021. The ball even travels faster in flight compared to all the other balls used in the history of the tournament, according to FIFA.

With more than 1.2 million supporters expected to arrive in the country over the period, Qatar has set up a tech hub which leverages AI to predict crowd swelling, monitor spectators and even manage the temperatures at the stadium.

Around 22,000 CCTV cameras have been installed across eight stadiums and nearby areas. The feed from these cameras will be monitored by 100 technicians around the clock.

With the help of AI, these technicians can count the number of spectators gathering at a place. Further, facial recognition technologies are also being used to identify spectators at the stadium and ensure everything happens smoothly and with minimal hindrances.

“We have the crowd control team and security staff on the ground, and we have the law enforcement agencies, and we are complementing their decision-making with data. So that’s very unique,” Niyas Abdulrahiman, the centre’s chief technology officer at the Aspire Command and Control Center, told Al Jazeera.