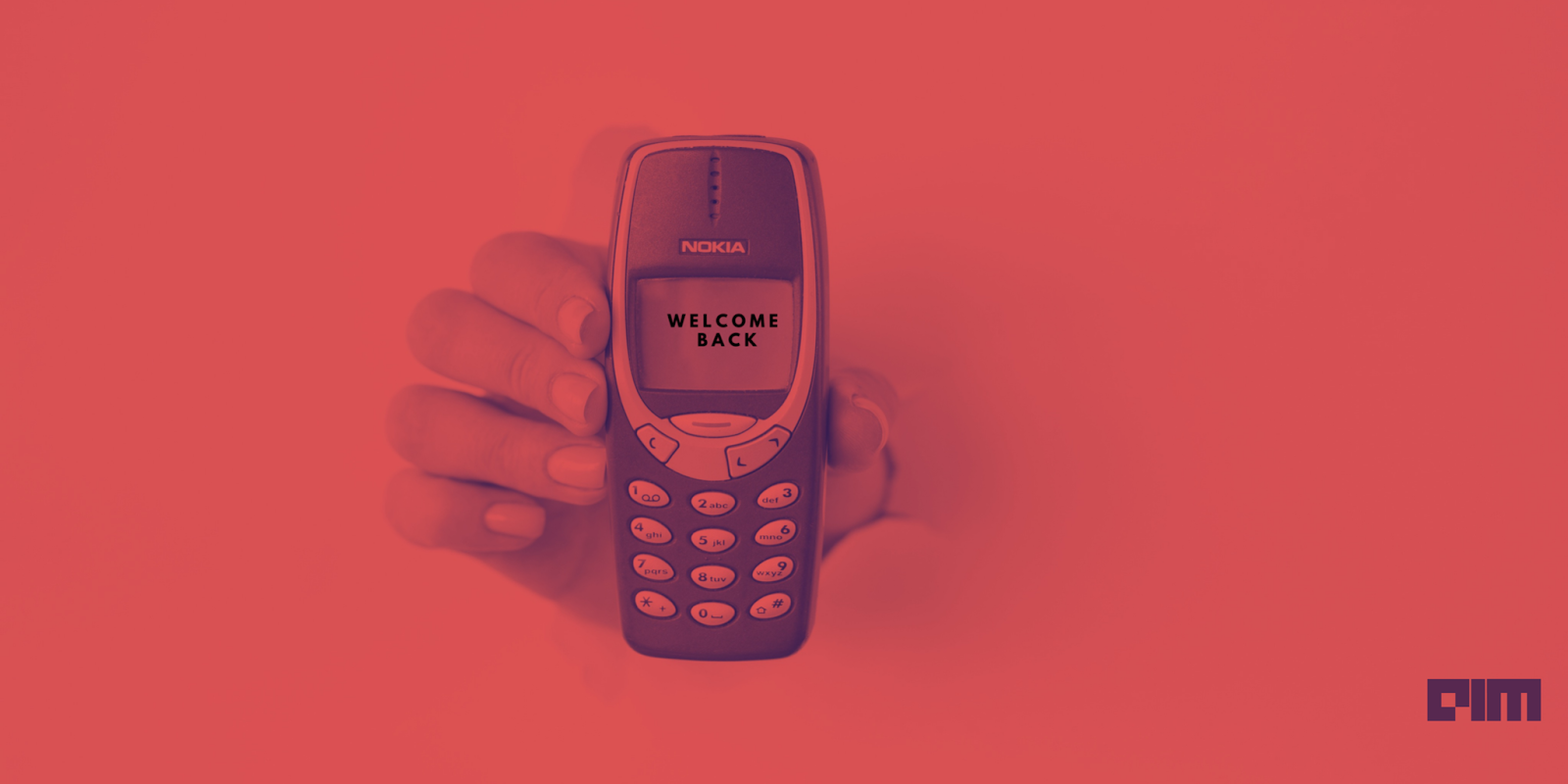 Who doesn’t love a good comeback story? RDJ, the Jonas Brothers, and now Nokia—all fit the bill. The Finnish company dominated 50 percent of the smartphone market in 2007 and was the default phone option for most. The towering success Nokia enjoyed fell with the launch of the iPhone and, later, Android smartphones. Nokia eventually tried to dabble in the smartphone market for a while with its smartphone, the Nokia N9 but did not commit to it. It ultimately agreed to make smartphones for the Microsoft Windows-backed Nokia-Lumia exclusively. In 2014, however, with Microsoft purchasing Nokia’s mobile phone division and rebranding Lumia phones as Microsoft smartphones, Nokia went into hibernation.

After Microsoft acquired Nokia’s mobile phone division, a few executives from Nokia formed a company, in 2016, called HMD Global. The company purchased some of Nokia’s phones’ trademarks from Microsoft and brought back newer versions of iconic Nokia phones, called feature phones, such as the Nokia 3310. HMD Global got the rights to sell Nokia smartphones and thus got the Nokia name back in 2017 through this licensing agreement. This time around, however, HMD global chose to opt for Android technology in their Nokia feature phones—a wise choice given that in the late 2000s, Nokia’s biggest mistake was being overconfident in its antiquated software against the Apple’s iOS and Google’s (which was later adopted by Samsung) Android ones.

As of 2018, Nokia was still making more sales out of feature phones than through smartphones. The Nokia 3310 was relaunched at the Mobile World Congress in 2017 and featured the same alpha-numerical keypad the original 2000 model possessed. The excitement surrounding this new version was such that HMD Global launched a 4G version of it in 2018.

Nokia’s main focus, outside of its phones, is to work on telecoms network equipment. Presently, along with fellow-Scandinavian telecommunications company Ericsson, Nokia has been working on 5G technology.

Nokia had been researching 5G technologies for a long time now and even partnered with the Vodafone Group in 2016, allowing Nokia to use Vodafone’s services to roll out its 5G services. After years of planning— including drafting out a 5G Roadmap that will enable 5G in spectrum bands currently in use for 4G and the implementation of 5G Massive MIMO antennas to improve performance and capacity significantly—Nokia and Vodafone’s 5G services were slated for an early 2020 release.

Nokia announced further plans in its 5G technology, including expanding its fibre access portfolio to accelerate 5G, expanding its Worldwide IoT Network Grid (WING)— a service that offers global IoT connectivity–with 5G and edge capabilities, and announcing further partnerships with Intel and Marvell. In 2020, it was granted various contracts for 5G services by Vodafone, Airtel, Taiwan Star Telecom, Chunghwa Telecom, Spark New Zealand—to name a few. As of May 2020, Nokia achieved world-record speeds and was ranked number 1 in 5G patents. In December 2020, it started the production of next-generation 5G equipment in India.

In 2021, Nokia signed a 5G equipment contract with American telecom company AT&T to deploy their 5G network in various parts of the US and was selected as technology provider for a US Federal 5G Cybersecurity Project. It further signed 5G deals in different parts of the world, including Singapore, Eastern African countries, Colombia, and Riyadh.

Nokia continues to face severe competition from Ericsson and the Chinese Huawei. As of December 2020, the three of them controlled 60 percent of the telecom equipment market. However, many of Nokia’s investments, such as the semiconductor technology it chose, made its tech easier but was rather expensive and ate into profitability. This isn’t good because it is likely to make Nokia’s services more costly than its competitors, such as Ericsson. However, Nokia could still tap into markets off-limits for Huawei over security concerns. As for Ericsson, the Swedish telecom company has better projections for 2021 than Nokia. However, given Nokia’s cost-cutting measures—including its controversial decision to cut 10,000 jobs to bankroll its 5G drive, and that it continues to sign deals for 5G provision, the Finnish company might find itself growing more competitive.

On 5th May 2021, Nokia announced its entry to the blockchain-based enterprise by launching a Data Marketplace backed by blockchain technology. It is designed to enable secure transactions and monetisation of data and AI models via private blockchain. By allowing the monetisation of data exchange between customers and businesses, the newly launched platform will enable the latter to become data marketplace providers—who use the Nokia platform– themselves.

Nokia’s platform has applications in multiple industries. This includes environmental data monetisation—where insights could be provided to the food and agriculture industry, AI-based health recommendations—where it could tailor treatments for patients, and supply chain automation—where it could speed up logistics, to name a few.

A key benefit of such a platform is that it uses trusted sources for data exchange and monetary transactions. Nokia’s Data Marketplace can trace data exchange, with ease, through units in a large ecosystem (such as a large enterprise). Moreover, while the platform does support data exchange between the buyer and the seller, it does not store any data. This further intensifies the claim of data privacy that Nokia currently is marketing.

The Data Marketplace meets the requirements of a growing market that can apply AI and machine learning algorithms to real-time data. It further gives rise to AI initiatives through federated learning and orchestration capabilities. This enables the collaborative development of highly accurate machine learning models to help with analytics.

Finally, the Nokia Data Marketplace complements the tech company’s Worldwide IoT Network Grid (WING) service. In their press release, Nokia talked about the many applications this would have, including having the Data Marketplace’s blockchain power WING’s asset tracking solution to provide a faster, more secure and automated data exchange.

At its core, every marketplace requires user trust. Friedrich Trawoeger, vice president of Nokia’s cloud and cognitive services, believes that businesses and communication service providers (CSPs) can trust the Nokia Data Marketplace to reach new highs due to better insights and a higher quality of predictive models to tap into revenue streams.

Such a marketplace can create a direct business model allowing AI training and thus can dismantle the monopolies on data tech giants possess to a large extent. Also, such platforms could have the reach to create the most powerful AI systems in the world by attracting the best data models and machine learning technologies—via trusted monetary incentives that do not give away sensitive data.

Nokia, unlike what critics believed five years ago, is far from extinct. From a 50 percent share in mobile phones to less than 1 percent almost a decade later to a crucial stake in telecom equipment, Nokia has had a rollercoaster ride filled with ups and downs. Only time will tell us how it’s 5G plans hold up against Ericsson or what becomes of its Data Markets. As of now, however, Nokia makes for an excellent comeback story.