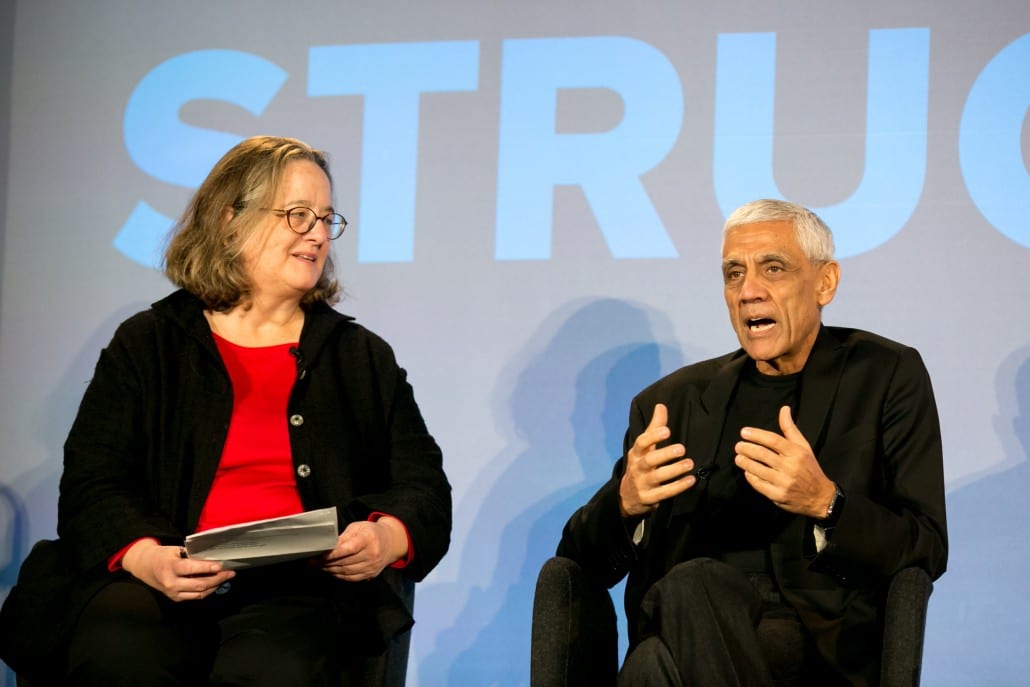 You might wonder that for someone trained as an architect who deals with real buildings on a day-to-day basis, what was the purpose of being at a Cloud-related conference in Silicon Valley. And the answer to that lies in what transpired in the conference itself.

As stated time and again by various speakers as well as members of the audience I interacted with during networking sessions, there is this massive convergence of so-called Silicon Valley technologies with mainstream products and services.

For instance, a watch is no longer a watch but a lifestyle (read Apple watch) which will pave way for personalized medicine, quantified self, and beyond. Similarly, Nike is not just another sneaker brand but a fitness ecosystem of connected sneakers, wristbands, mobile applications, and games. Buildings are no exception. The infusion of digital technologies including, IoT, mobile, social, and cloud are set to make buildings responsive to its occupants, energy markets, weather, building systems and much more. One commonality between all the recent developments is this massive creation and use of data. Rightly put by Intel’s Diane Bryant, that data is a game changer, the driving force behind rapid adoption of cloud computing and storage. According to her, the ‘Super 7’ spearheads today’s cloud computing arena, which are Google, Microsoft, ‘Cloud has come of age’, is one underlying message, which reverberated throughout the event. Google’s Urs Holzle went on to prophesize, ‘Cloud is in 2016 what phone were in 2007’. Jobs released the first iPhone to the world in 2007, which incidentally Urs acknowledges to be the advent of smartphones. Another major aspect of the conference was the recognition of DevOps as a growing phenomenon bringing together the software development and IT operations teams facilitated by the Cloud, and related applications. MongoDB’s Dev Ittycheria doesn’t want MongoDB to be a plain vanilla NoSQL Database Company. Instead they are building management tools so as to connect the business analyst to the database without an intermediary. This is a big deal as it shortens the time and resources expended to move from ideation to production as folks like me (who come from non-software side of the world) can play with data directly and come up with solutions to manage buildings better.

And then there was this tussle between proponents of virtual machines or VMs versus Containers. My takeaway was that both technologies have their pros and cons dictated largely by the type of application in use. However, Containers will see a an upsurge in adoption with some help from the Dockers and Kubernetes of the world. I believe any conference dealing with data today is almost obligated to touch upon data security. FBI’s CISO, Arlette Hart referred to the use of ethical hacking groups such as Hackerone to test data security. It’s like hiring a good guy impersonating a thief to break into your home in order to test the robustness of your newly installed home security system. That said, one consensus amongst cybersecurity firms in the conference was that all data is not created equal, so put more effort on securing critical data as opposed to the non-critical ones. With the right devices, data can be acquired and made available in plentiful. Now the next step and challenge in front of companies today is to effectively monetize the data at hand without having it freeride on your infrastructure with no tangible benefits. From Facebook to Microsoft to Pinterest, all are finding ways to monetize data. According to Joseph Sirosh, VP at Microsoft, they are betting big on incorporating machine learning at the database layer. Microsoft’s recent acquisition of Revolution Analytics, a software company developed on R, is testimony to their intent. The plan is to integrate R into Microsoft Azure Cloud platform. Similarly, Instagram’s co-founder Mike Kreiger talked about venturing into machine learning to curate specific recommendations for its users.

While we start walking towards the light building appropriate products and services for the future, it will be ill-advised of me, not to mention the thoughts of investors and VCs of the world who fund the business we help build. Valley VC firm representatives from Rally Ventures, Ignition Partners, General Catalyst and Ericsson huddled together to share some interesting insights from their vantage point. Despite massive success of once little-known startups like WhatsApp, Instagram, Youtube and the likes, consumer-oriented business models are still considered riskier than a B2B model, where the market is more defined and the needs known. Perhaps a little comforting to my ears, one of the huddle takeaways was that early success in startup funding tends to be red flag for investors coming in subsequent rounds of funding. From an operational standpoint, investors like the role of a product manager, as they are the ones who hear customer needs, and deal with the dev teams developing the right products.

I can’t really wrap up the article without sharing the legendary VC Vinod Khosla’s thoughts during the conference. As described by him, the client-server architecture of the likes of Oracle and SAP hasn’t had much innovation since the 1980’s until the early 2000’s when the Google, Amazon AWS, and Facebook started building their own. He quipped about the merger frenzy underway amongst big Silicon Valley players (read Dell-EMC merger) helping engineer their financials as opposed to greater innovation, partly in effect to the emergence of the Cloud. The bottom line being, the innovation of tomorrow in the world of IoT, big data, and Cloud will possibly be driven by the small startups who rethink about data, and apply it into new realms.

All pics are copyright of Structure Conference. Abhay has more than seven years of project managerial experience working with buildings of all kinds. Currently, he works with ETS as Senior Project Manager. He helps blend design, data, technology, and people to continually improve efficiencies on both the load and supply side of energy in built environment in New York City. He recently co-authored the ebook, 'The Non-Technical Guide to Managing Energy in Buildings' published on Amazon. He is trained in Architecture from IIT Roorkee and studied Real Estate Finance from New York University.

How To Become A Cybersecurity Analyst