The research team has built the first country-wide database of solar photovoltaic farms. 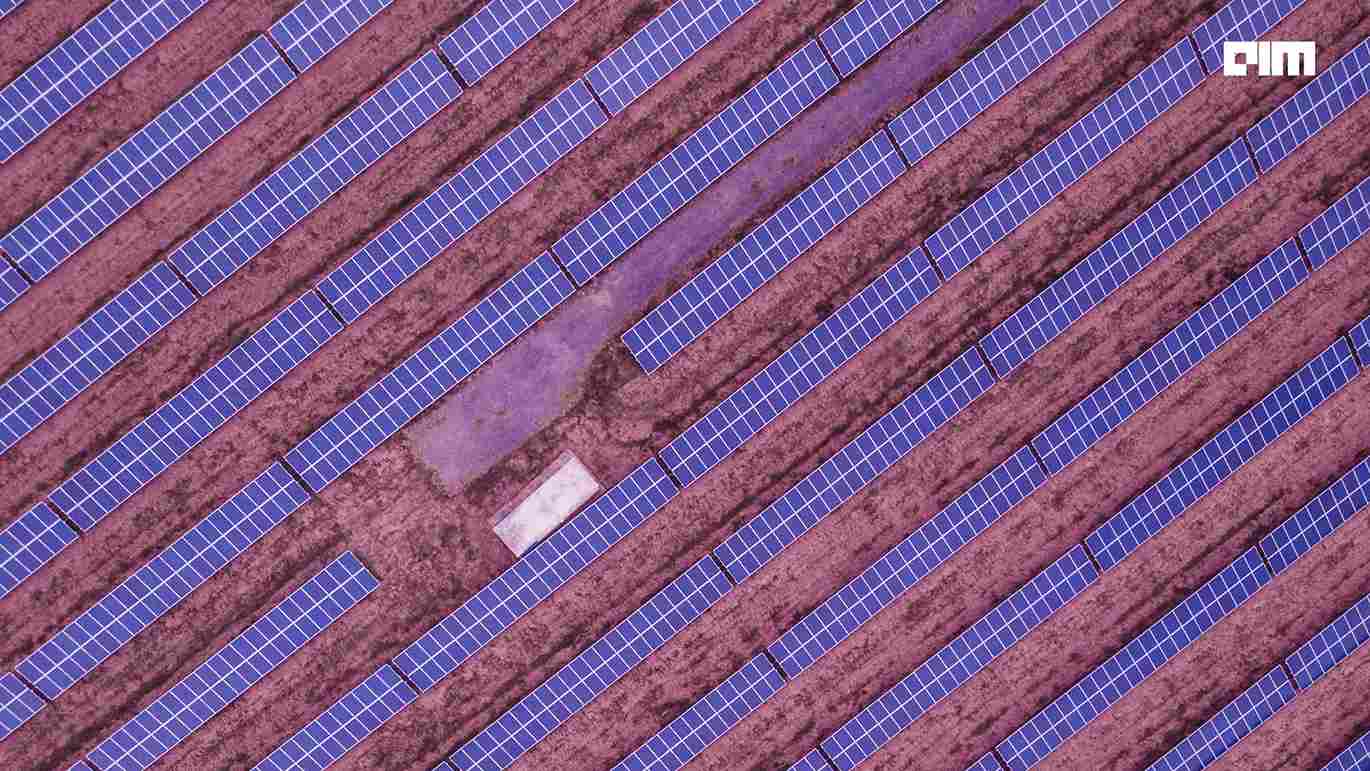 Last August, the joint secretary of the Ministry of New and Renewable Energy, Amitesh Sinha, said solar energy would contribute almost 300-450 GW of the renewable energy target the country aims to achieve by 2030.

According to the Ministry of New and Renewable Energy, India is at the fifth position in solar power deployment globally. As of July 2019, India’s solar power capacity stood at 30 GW from 2.6 GW in March 2014.

Recently, researchers from Microsoft AI for Good Research Lab, and The Nature of Conservancy have built an AI Dataset for Solar Energy locations in India with up-to-date and accurate geospatial information of the PV infrastructures. The team used ML to develop a spatially explicit semantic segmentation model to map utility-scale solar projects across India.

A set of 72 geo-referenced point labels was used to correspond to the centre point of different solar installations for the states of Maharashtra (72 point labels) and Madhya Pradesh (45 point labels). In addition, they obtained 191 noisy solar installations point labels for four other Indian states, including Kerala (15), Karnataka (73), Telangana (28), Andhra Pradesh (75). The team used 12 of the available spectral bands while excluding the Aerosol optical thickness band from the Sentinel-2 program developed by the European Space Agency (ESA).

A convolutional neural network was pre-trained to cluster pixels from Sentinel 2 satellite imagery by colour in an unsupervised manner to generate semantic labels at scale. Then an interactive web application is used to fine-tune the network to cluster pixels corresponding to solar installations into a single solar installation class. The model is then used to obtain noisy/weak semantic labels for all available solar farm point labels. The obtained pixel-wise labels enable the creation of a small semantic segmentation dataset to train supervised semantic segmentation models. Finally, they estimated when solar PV installations were constructed and assessed the land use prior to construction for each array.

With an accuracy of 92%, this method allows the identification of the factors driving land suitability for solar projects. The dataset that the team built is open source and includes five variables: fid – a unique identifier for a solar farm. It is shared by polygons belonging to the same farm; Latitude and longitude that correspond to the center point of the solar installation; the area of the site in squared meters (m2); and the State where the solar PV installation is located at. Interestingly, their analysis indicates that over 74% of solar development In India is actually built on land cover types that have natural ecosystem preservation or agricultural values. The model increases the feasibility of long-term monitoring and remote sensing of renewable energy deployment targets.