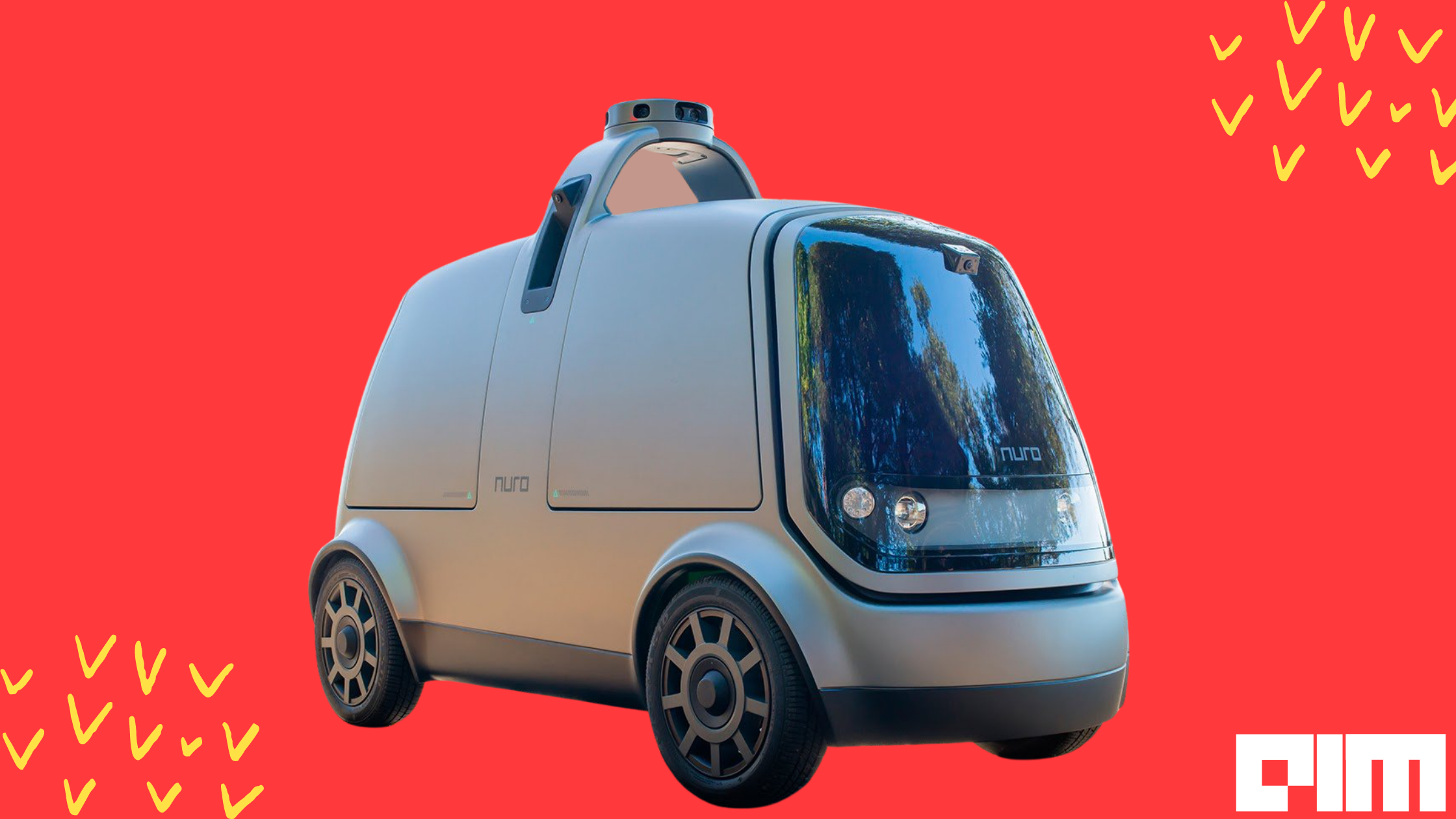 Last week, US-based electric self-driving vehicle manufacturer Nuro raised funding from Woven Capital, Chipotle and others in a Series C round. Founded in 2016 by former Google engineers, Nuro is a driverless on-road robotic car maker that delivers products and packages to consumers. The terms of the deal have not been disclosed.

Last year, Nuro had raised $500 million from T. Rowe Price Associates, Fidelity Management and Research Co. and Baillie Gifford in the previous round. The company has also received a combined investment of $940 million from SoftBank and Greylock Capital Management.

The galaxy of big-ticket investors in Nuro is a testament to the company’s brimming potential.

Paving the way for Robotaxis

Nuro integrates robotics technology to create vehicles that deliver goods. The company launched its first self-driving service in 2018. Being one of the few startups capitalising on self-driving technology, Nuro aims to save time and effort spent on the daily grind.

Nuro’s compact and efficient self-driving vehicles are perfect for retailers, restaurants and grocery stores for on-demand deliveries. Nuro’s crewless autonomous vehicles R1 and R2 can deliver goods such as groceries, pizza etc, in a quick, affordable and safe manner. The company has struck partnerships with Domino’s, Walmart. Kroger, CVS and more.

Nuro is producing vehicles that can be engineered and built from the ground up without installing safety systems that are otherwise mandatory for passenger vehicles. The company aims to solve the last-mile delivery for both consumers and businesses using its advanced technology.

Last year, Nuro witnessed tremendous growth – a rarity, in and itself, for self-driving vehicles. The company recently got permission to operate in two counties in California to deliver packages. The four-year-old startup is the first, and so far, the only company with a deployment permit from the California Department of Motor Vehicles for delivery services without human supervision. Apart from Nuro, Wymo has the license to operate driverless vehicles without human supervision.

“The combination of the two, along with the ability to readily integrate some of their core technology (like their world-class virtual simulation tool), is what made the opportunity to have them join us a natural fit,” said Dave Ferguson, co-founder of Nuro, in a Medium post.

Impact of COVID on Auto Insurance Industry & Use Of AI

2020 has also been a milestone year for Nuro. In February, R2 became the first self-driving vehicle to obtain a USDOT exemption; in April, Nuro became the second autonomous vehicle company to receive a driverless testing permit in California; and in October Nuro announced R2 vehicles were being tested in three different states — with no drivers, no occupants, no chase cars.

Nuro strives to accelerate the benefits of robotics for everyday life. With a valuation of $5 billion and 600 employees, the startup is in it for the long haul. The recent funding signals continued confidence in Nuro’s vision for autonomous delivery. Nuro has upended the traditional ways of delivery with a view to revolutionising the logistics sector.

The startup has been using the fresh capital to build runways in various cities and scale across markets. Nuro is currently testing and operating R2 on public roads in Arizona, California and Texas. The company has also been working on advancing its autonomous technology, hiring new employees and expanding its delivery services.

“We are thrilled to have the backing of this tremendous group of best-in-class investors to shape the future of mobility for people across the globe,” said Dave Ferguson, co-founder and president of Nuro, in an official statement.