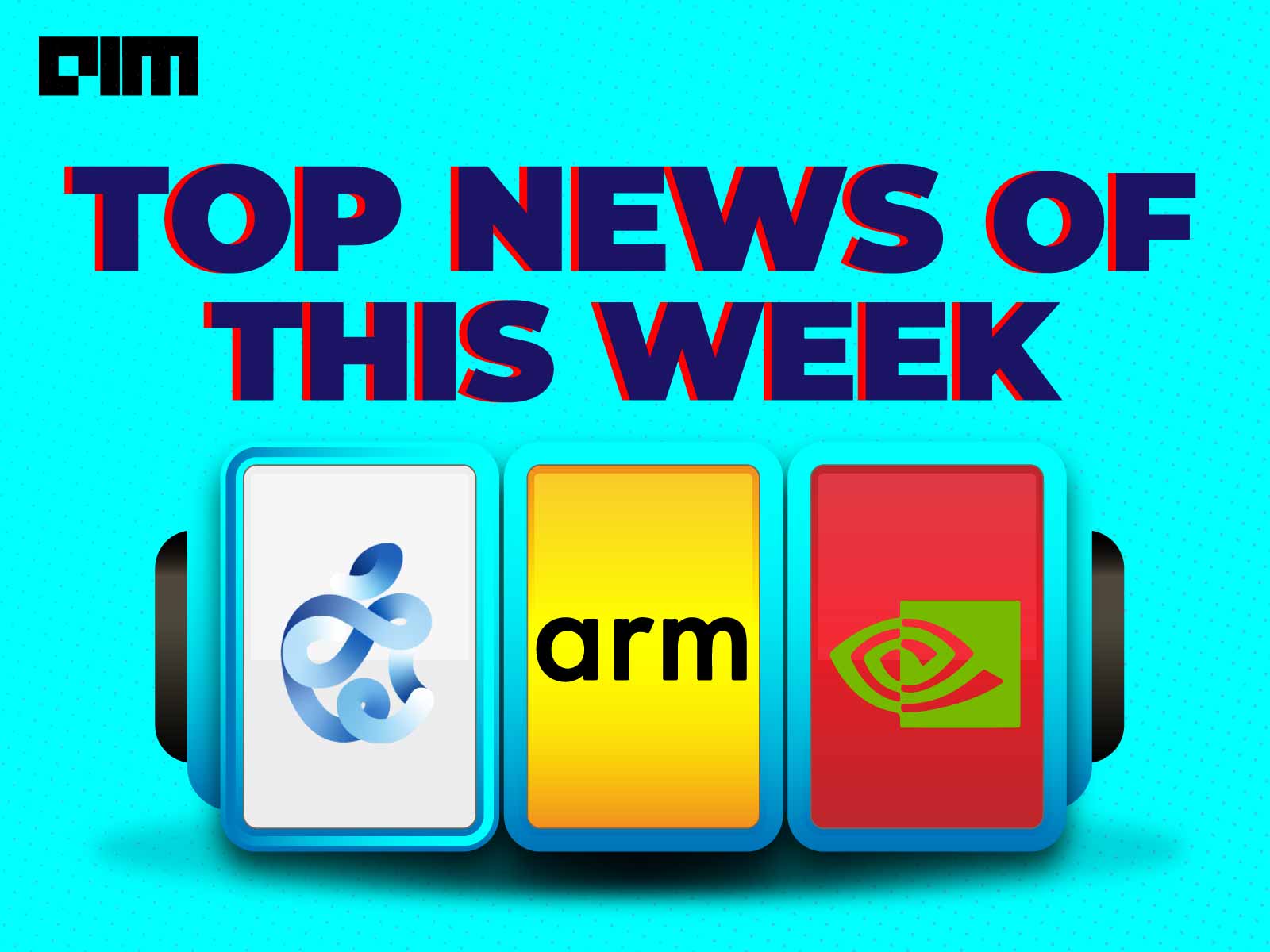 This week, American tech giants have reignited their ambitions of becoming the centre of global chipset innovation. Nvidia which has been having a tremendous run has now probably become the biggest chip companies ever by pocketing UK’s crown jewel Arm Holdings. Arm’s architecture powers 95% of the world’s smartphones. Even that of Apple’s. Whereas, Apple too, has set a new benchmark by launching iPad Air which houses the world’s first 5 nanometer chip—A14 Bionic. Know more about what has happened this week brought to you by Analytics India Magazine.

The aim of the consortium is to develop a cutting-edge FL platform that enables the generation and enhancement of predictive ML models, using distributed pharmaceutical data and without exposing or revealing any of the individual company’s proprietary data and models.

Apple, at their latest event ‘Time Flies’, introduced an all-new iPad Air that houses a powerful A14 Bionic chip, a 5 nm chipset. This makes the iPad Air, the world’s first device to operate on a 5nm chip. “We’re excited to introduce Apple’s most powerful chip ever made, the A14 Bionic,” said Greg Joswiak, Apple’s senior vice president of Worldwide Marketing.

On Tuesday, NVIDIA announced that it would acquire Arm Limited from SBG and the SoftBank Vision Fund in a transaction valued at $40 billion. According to the terms of the transaction, NVIDIA will pay SoftBank $21.5 billion in common stock and $12 billion in cash. This includes $2 billion payable at signing.

Oracle Closes In On TikTok Deal

Among Microsoft and a handful of other suitors, Larry Ellison’s Oracle has been chosen by Chinese internet company ByteDance to anchor itself on the US soil.

On Wednesday, Oracle confirmed it struck a deal with TikTok-owner Bytedance to become a “trusted technology provider”.  Oracle would reportedly be managing TikTok’s US data. The deal still needs approval from the US and China. Full details here. However, this deal doesn’t look like it will fly off. Today, the US government announced the banning of two of the most successful Chinese exports WeChat and TikTok from app stores.

According to the Department of Commerce, as of September 20, 2020, the following transactions are prohibited:

Following this announcement, ByteDance filed a case against the Trump administration in the Washington Federal Court.

Microsoft came up with this idea of the underwater datacenter concept back in 2014. The objective here was to deliver lightning-quick cloud services to coastal populations and save energy. In 2018, this container sized data center helmed by Team Natick of Microsoft, placed it on the seabed of Scotland. This week, after 2 years underwater, the team retrieved the datacenter. The phase 2 of this experiment, to their surprise, has turned out to be performing well. Majority of the populations lies near to coast so why not their data?

The success of underwater data centers can mean the following:

Sydney based cloud data platform, Snowflake raised $3.36 billion in its initial public offering. Debuted on Wednesday, this Buffet backed cloud startup also became 2020′s biggest IPO that is expected to rake in nearly $4 billion at a valuation of roughly $33 billion just eight years after being established. Snowflake raised $479 million on a $12.4 billion valuation with the likes of Salesforce and Sequoia leading the investments.