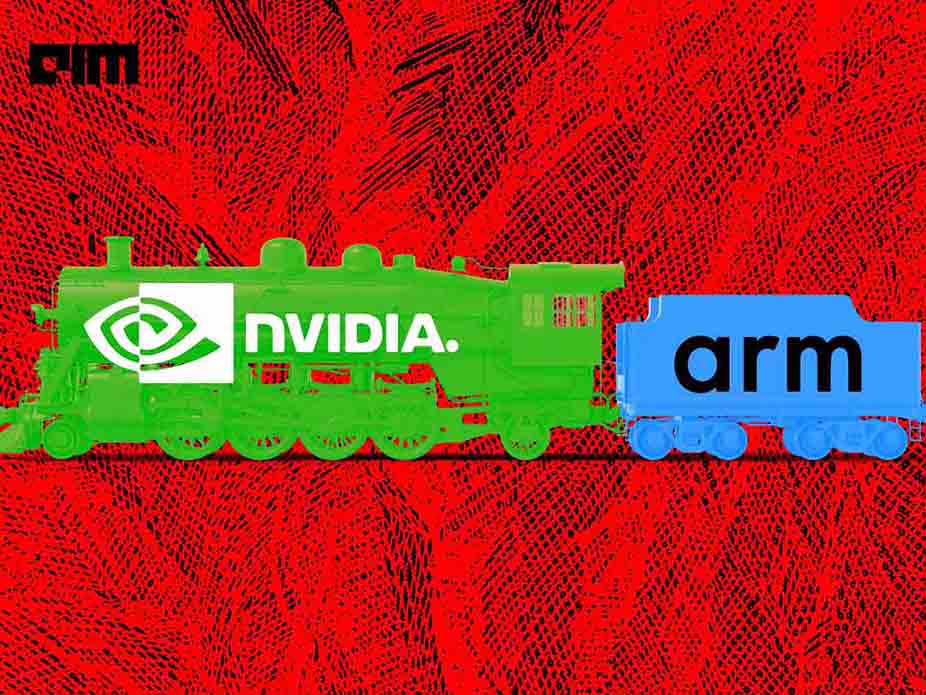 “An astounding 180 billion computers have been built with Arm — 22 billion last year alone. Arm has become the most popular CPU in the world.”

NVIDIA today announced that it would acquire Arm Limited from SBG and the SoftBank Vision Fund in a transaction valued at $40 billion. According to the terms of the transaction, NVIDIA will pay SoftBank $21.5 billion in common stock and $12 billion in cash. This includes $2 billion payable at signing.

“AI is the most powerful technology force of our time and has launched a new wave of computing,” said Jensen Huang, founder and CEO of NVIDIA. Talking about the future of Nvidia with Arm, Huang explained that trillions of computers running AI would create a new internet-of-things that would be larger than today’s internet-of-people. “Our combination will create a company fabulously positioned for the age of AI,” added Huang. With Arm on its side, Nvidia is well-positioned to steer innovation for the next generation of artificial intelligence and expand into large, high-growth markets.

Why Is Nvidia Making A $40 Billion Bet

Nvidia’s GPUs have been powering the gaming industry for a long time now. These GPUs also happened to be the driving force behind the AI revolution, which started a few years ago. Since then, Nvidia has been investing heavily in making custom hardware for deep learning applications. Their state-of-the-art integrated solutions have made them a hot commodity for data centres as well; data centres that fuel the whole cloud computing industry.

Whereas Arm, the poster child of the UK’s innovation, has been involved with building chips that accelerated the smartphone innovation. Today more than 95% of smartphones in the world house Arm’s architecture.

The future of AI is in the trillions of devices around us, including voice assistants and consumer robots, that deliver more personalised content at the endpoint. As AI, 5G, and the IoT continue to mature, the convergence of these three technologies will transform industries like self-driving, AR/VR, healthcare and more.

Nvidia has been eyeing the self-driving, 5G and edge computing industry for quite some time now. And, with Arm, Nvidia is officially a key player in the global markets. Especially in Asia, where Samsung and Qualcomm have been making moves to dominate self-driving and 5G services.

Technologies mentioned above require a new kind of integrated hardware and software solutions. And, Nvidia is optimistic that Arm’s technical prowess and customer reach will establish them as an undeniable force in the most lucrative industry of this century.

The Flip Side Of This Deal

Arm has always been at the centre of smartphone innovation, with more than 95 per cent of the world’s smartphones built on their IP. So far Arm has shipped 180 billion chips to-date with its licensees. Its open licensing policy enabled global customer neutrality, and most of the UK chipmaker’s success can be attributed to their licensing policy. Arm’s customers also include competitors of Nvidia. So, does this deal dent the sentiments of the customers? Yes, say the critics.

Earlier this year, Apple has already announced its decision to move away from Intel. The Apple A13 Bionic is a 64-bit ARM-based system on a chip. So, along with Samsung and Qualcomm, Intel too wouldn’t be too pleased with this deal.

Though NVIDIA assured that Arm would continue to operate its open-licensing model and Arm’s intellectual property will remain registered in the UK, but, Arm’s co-founder Hermann Hauser didn’t look pleased. According to reports, Hauser went on record saying that this deal is not in the public interest, warning it will result in UK job losses and a lack of competition. “I think this is terrible,” said Hauser regarding the deal.

He warned that Arm as an US company would inevitably have to abide by the regulations and that in turn would put the US in the driving seat of managing Arm’s exports anywhere in the world, including China, which is a major market. Hauser even went ahead and wrote an open letter to Prime Minister Boris Johnson urging to block the deal, and help to take Arm public on the London Stock Exchange.

Amidst concerns of UK’s economic sovereignty and Arm’s endangered customer neutrality, Nvidia’s CEO, Huang’s message hinted that Arm would continue to maintain its ethos as it ushers a new wave of AI.