NVIDIA Merlin vs TensorFlow Recommenders: A comparison of these recommendation frameworks 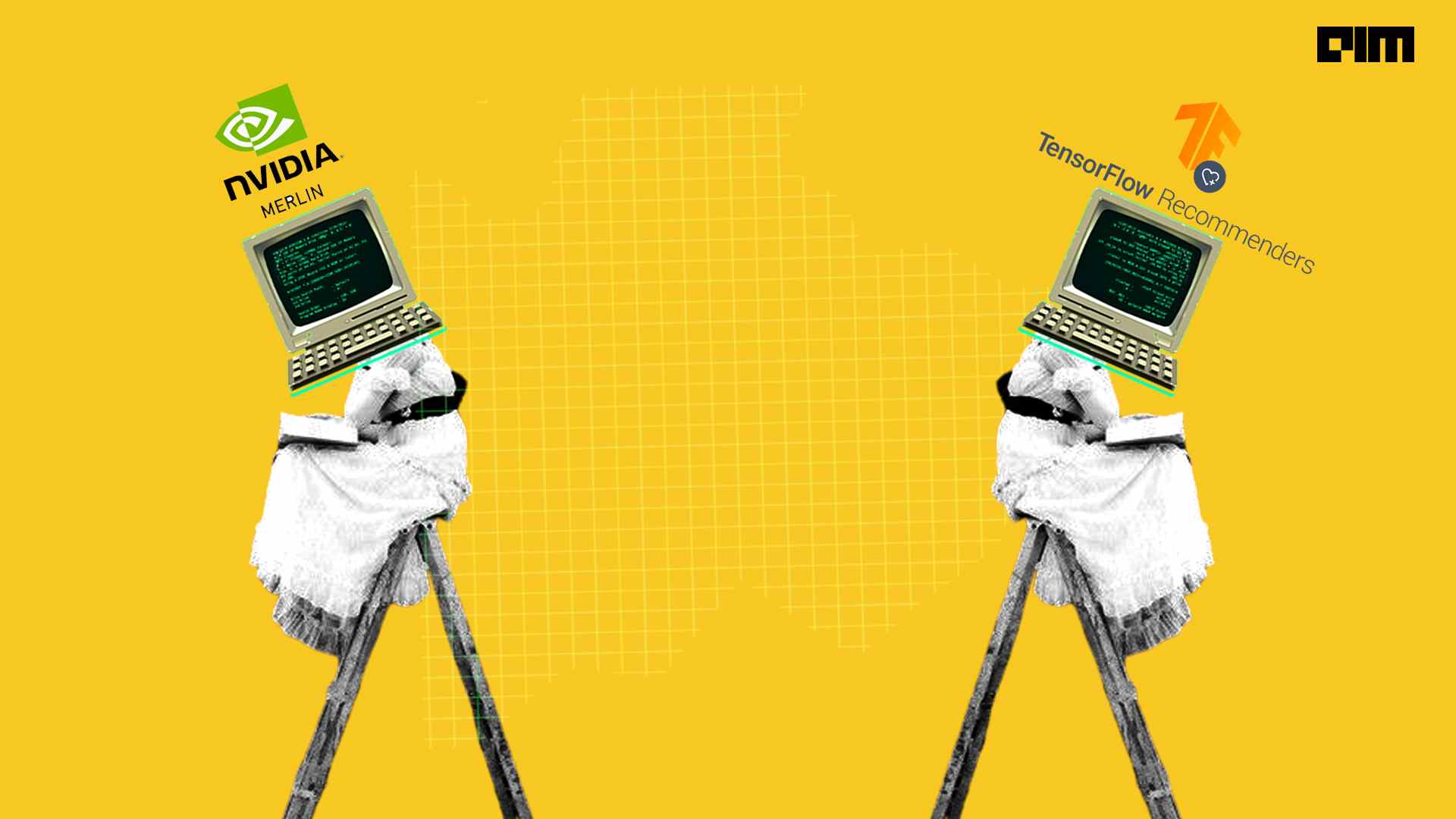 Recommender systems are the growth engines of a slew of tech companies. Be it Netflix, YouTube, or Amazon, recommender engines keep the user hooked to the product. The algorithms leverage techniques such as collaborative filtering, matrix factorization and deep learning to surface content tailored to the end-user. Recommender systems predict user preferences and even accounts for 30% of the revenue in some of the largest commercial platforms. Below, we take a look at two popular recommendation systems in the market today: NVIDIA Merlin and TensorFlow Recommenders.

Merlin is NVIDIA’s end-to-end recommender-on-GPU framework, providing short feature engineering and high training throughput to enable fast experimentation and production retraining of DL recommender models. The Merlin 1.0, an update released in 2022, is an AI framework for building high performing recommenders at scale. The new version has two libraries – Merlin Models and Merlin Systems to choose the best fitting features and models for a specific use case.

NVIDIA Merlin is an application framework. The architecture aims to facilitate the phases of recommender system development, from experimentation to production, accelerated on NVIDIA GPUs. It consists of three major components:

The tool’s modular design allows programmers to customise individual layers and metrics to form a cohesive whole. TFRS allows developers to create and assess flexible candidate nomination models, freely include item, user, and context information into recommendation models, etc. You can train multi-task models that optimise many recommendation goals simultaneously. TensorFlow’s ecosystem supports careful deployment of models based on huge data with features like Data and Feature Columns for transforming data, a standardised data format in TF Records, and a dedicated inference server in TF Serving.

With TensorFlow you can: