NVIDIA moves metaverse to Cloud: Will others follow suit?

"We want Omniverse to reach every one of the tens of millions of designers, creators, roboticists and AI researchers. So today, we are announcing Omniverse cloud." 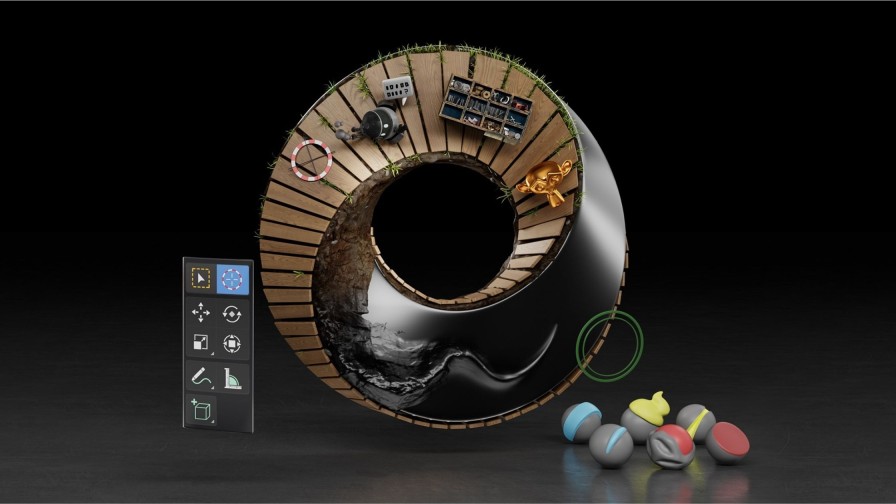 “Collaborate from anywhere” is the tagline of the newly introduced Omniverse Cloud. While introducing it to the world, NVIDIA CEO Jensen Huang said, “The next wave of AI robotic systems needs a platform like Omniverse. We want Omniverse to reach every one of the tens of millions of designers, creators, roboticists and AI researchers. So today, we are announcing Omniverse cloud. Just a few clicks and you and your collaborators are connected.”

Metaverse offers an opportunity for users sitting in different corners of the world to come together on a single platform and collaborate. The need for better collaboration tools like metaverse is only propelled further by increasing globalisation and companies opting for more hybrid work environments. As virtual places become more persistent, there would be a greater need for such platforms to be not tied to one app or a single place. In such a direction, Omniverse Cloud fits perfectly.

Omniverse Cloud is a suite of cloud services for users to gain instant access to the NVIDIA Omniverse platform for 3D design collaboration and simulation from billions of devices. One of the Omniverse Cloud offerings is Nucleus, a ‘one-click-to-collaborate’ tool for artists to access and edit large 3D scenarios anywhere without transferring massive datasets. It also has Omniverse Create for technical designers and artists for building 3D worlds interactively in real-time. Another important feature of Omniverse Cloud is the View app for non-technical users to view full scenes streaming simulations and rendering capabilities through the GeForce NOW platform, which is powered by NVIDIA RTX GPUs in the cloud.

NVIDIA spokesperson said they had received feedback from developers that they wanted to use the cloud for utilising Omniverse on different kinds of hardware, like low-end laptops, desktops, and even smartphones, instead of being restricted just to advanced workstations. To facilitate this, NVIDIA used the same tech as it uses for the GeForce Now online gaming service to make Omniverse available in the cloud. In an interview, Omniverse platform vice president Richard Kerris said that there are two parts of the ‘Omniverse journey’. The first one is to design, collaborate, and create content. The second part is all about digital twins, which could be used in different domains like industries, retail, digital humans, etc. Kerris further said there has been a ‘strong demand for Omniverse from customers that are using non-RTX systems, whether they’re Mac customers or others’.

Microsoft entered the Metaverse space with the introduction of Mesh. It allows people worldwide to work and collaborate together in a mixed-reality environment. Microsoft also made a $69 billion high profile purchase of gaming giant Activision Blizzard. During the deal announcement, the company spokesperson said that the acquisition would provide the building block for their metaverse. Microsoft already has Azure, which will offer an easy solution for supplying Mesh with enough computing power to further offer a seamless virtual co-working atmosphere. Microsoft intends to integrate Mesh with its Teams co-working app.

Considering the amount of storage and processing capacity required to support a virtual reality environment, cloud computing will be more in demand going forward. With the increasing demand for better performance and details, remote cloud-based computers will be the only cost-effective solution to this problem.

It is expected that Metaverse providers will view this as a true opportunity. It is expected that most of the compute- and graphics-intensive systems will be built on public cloud providers. It may be noted that in December last year, Meta (formerly Facebook) announced that it has deepened its relationship with AWS as a strategic cloud provider. While Meta had already been using AWS’ infrastructure and other capabilities to complement its existing on-premise infrastructure, the company would now broaden the use of AWS for computing, storage, databases, etc. Further, Meta will also leverage AWS’ compute services to accelerate AI research and development. While there was no direct mention of using AWS cloud for its metaverse ambition, the possibility cannot be ruled out.

In general, the industry trends in the metaverse’s context are expected to incline more towards pay-as-you-go models for computation and storage. Given the popularity of public clouds, opting for cloud-based infrastructure for metaverse would increase.