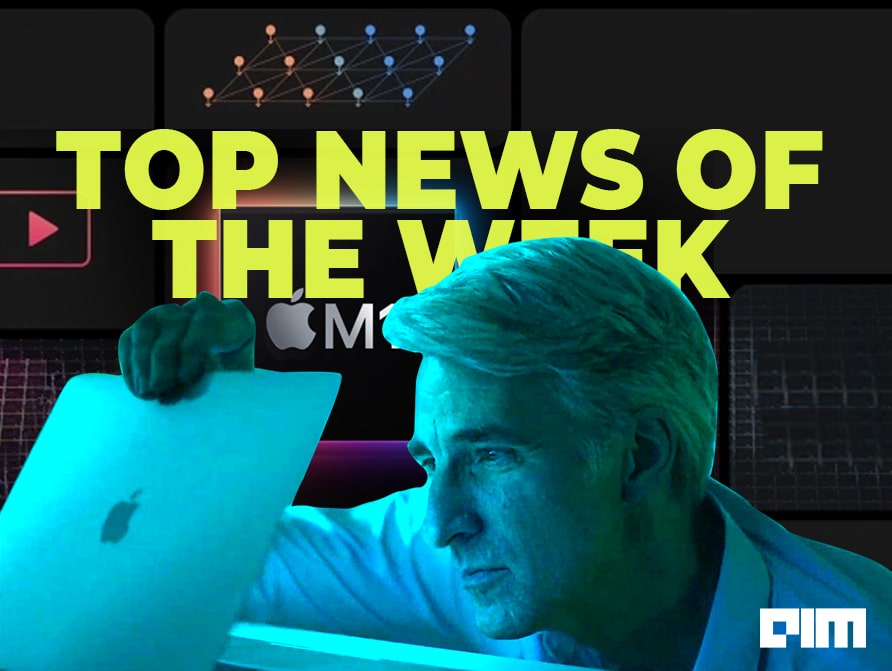 The internet giants Twitter and Facebook were in the news again, for the same reason– their dubious online gatekeeping activities, which were allegedly exposed especially, during the election season in the US. The CEOs of both the companies, Jack Dosey and Mark Zuckerberg were grilled by the Congress seeking explanations behind their decisions. While these two companies were sparring with the government, reports of Google’s antitrust case proceedings came out. According to WSJ, the judge overseeing the antitrust lawsuit is aiming for an early initial schedule in December. In order not to fatigue the readers with the details of ‘big tech breakup’ every week, Analytics India Magazine, this week, has compiled top tech news that might help close your week on a positive note.

On Thursday, Prime Minister Narendra Modi inaugurated the 23rd edition of the Bangalore Tech Summit via video conference. Addressing the Summit, PM Modi said that the nation has witnessed a more human centric approach to development and how using technology on such a large scale has brought about several changes for the citizens. He also outlined the Government’s efforts to leverage the power of data analytics to ensure better service delivery and efficiency. He encouraged the youth to take an active role in coming up with robust solutions against cyber attacks and more. The summit is organised by the Government of Karnataka along with Karnataka Innovation and Technology Society (KITS), Karnataka government’s Vision Group on Information Technology, Biotechnology & StartUp, Software Technology Parks of India (STPI) and MM Activ Sci-Tech Communications. Know more here.

NVIDIA Doubles Down, Yet Again

On Wednesday, NVIDIA reported record revenue for the third quarter ended October 25, 2020, of $4.73 billion, up 57 percent from $3.01 billion a year earlier, and up 22 percent from $3.87 billion in the previous quarter. “NVIDIA is firing on all cylinders, achieving record revenues in Gaming, Data Center and overall,” said Jensen Huang, founder and CEO of NVIDIA.

Earlier this week at the SC20, NVIDIA also unveiled the NVIDIA A100 80GB GPU , which powers the NVIDIA HGX AI supercomputing platform. The A100 with twice the memory of its predecessor, enables researchers and engineers to access unprecedented speed and performance to unlock the next wave of AI and scientific breakthroughs.

NVIDIA said that the A100 is a key element in HGX AI supercomputing platform as it combines the power of NVIDIA GPUs, NVIDIA NVLink, NVIDIA InfiniBand networking and a fully optimized NVIDIA AI and HPC software stack to provide the highest application performance. and enabling researchers and scientists to combine HPC, data analytics and deep learning computing methods to advance scientific progress.

Mac Users Get A Boost From TensorFlow

“TensorFlow users can now get up to 7x faster training on the new 13-inch MacBook Pro with M1.”

Last week, Apple introduced their M1 microchip, officially marking the breakup of a 15-year relationship between Apple and Intel.

With this latest announcement Apple has slowly emerged out to be a key player in the ML enterprise market. A highly effective M1 chip with the advantages of TensorFlow is a giant leap for the individual researchers. And, who knows, going forward we might have ML workstations at the cost of GPUs thanks to Apple Silicon.

As part of this deal, Mobileye will now collaborate with Luminar to use its lidar tech for the first generation of its level 4 Mobility-as-a-Service (MaaS) pilot service and the driverless fleet in countries like Israel, UAE, France and South Korea. Speaking about the deal, CEO Austin Russell said that Mobileye disrupted the auto industry to become the undisputed king of ADAS and with this partnership they will look forward to revolutionising the autonomous industry.

Luminar Tech is currently in the process of becoming a public company through its expected merger with Gores Metropoulos, Inc.

Yesterday, Google released a white paper outlining how they are using their popular BERT model to help with finding novel patents. The model trained over 100 million patent publications from the U.S. and other countries using open-source tooling, effectively performs prior art searching to determine the novelty of a patent application, automatically generates classification codes to assist with patent categorization, and autocomplete. There are millions of new patents issued every year world-wide and patent applications generally average ~10,000 words and are often meticulously wordsmithed by inventors, lawyers, and patent examiners. To navigate through the complex legalese can be daunting for the patent office. Google believes that the search capabilities of BERT which it employs for its search engine can be leveraged for finding best patents from the millions of them. Google believes that the patents domain is ripe for the application of algorithms like BERT due to the technical characteristics of patents as well as their business value.

AI Will Soon Help Map Every Tree On Earth

In a recent paper published in Nature, the authors demonstrated how AI could be used to accurately map trees across the globe. The researchers trained convolutional neural networks(CNNs)on satellite images. Though the whole is a challenging affair, the authors believe that remote sensing of global vegetation will only get easier as data from a range of sources — including light detection and ranging (lidar), radar and high-resolution visible and near-infrared sensors — become more readily available.

Why Indian Cities Should Adopt Tech To Grow Urban Forests

Can NVIDIA’s New A100 80GB GPU Extend Its Lead On MLPerf Benchmark?