OpenAI and Microsoft: A Match Made in Tech Heaven

Microsoft’s $10 billion might be a bargain for OpenAI’s tech. 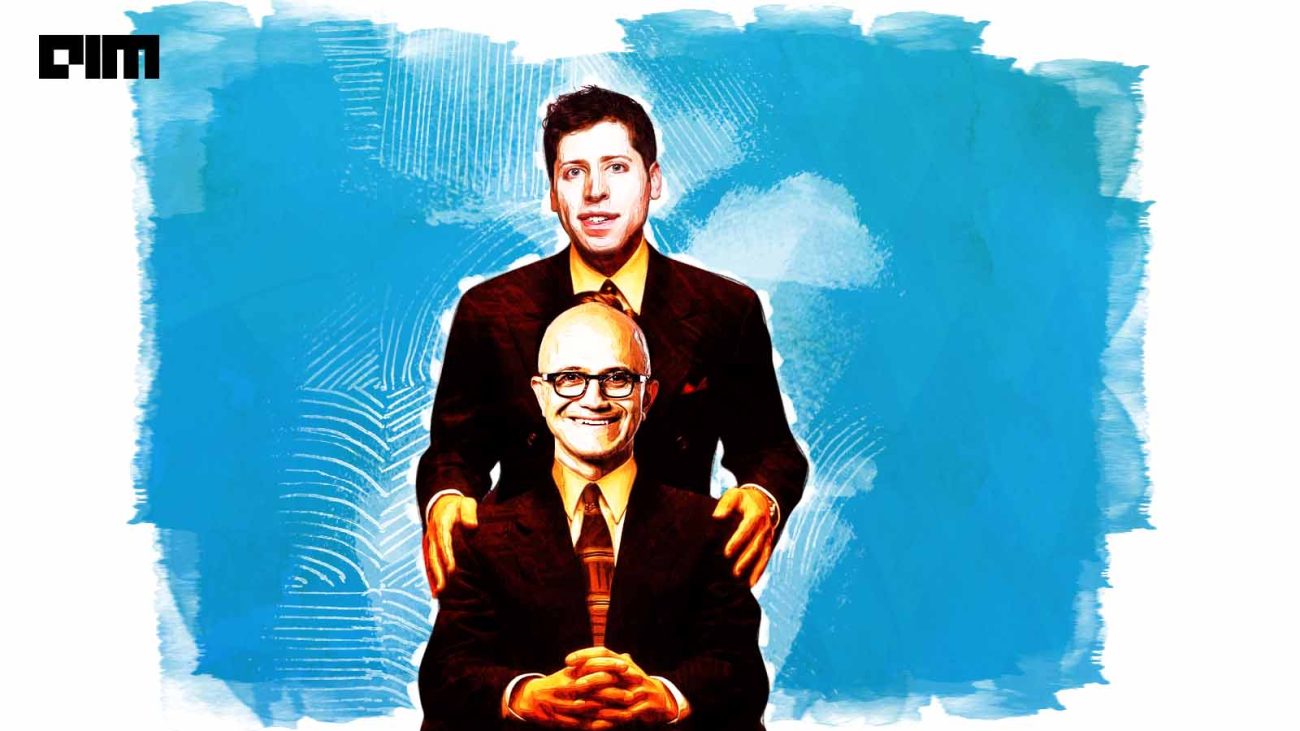 The partnership between Microsoft and OpenAI dominated the news cycle for most of last year, mainly due to the impact that it had on the fields of AI and ML. From GitHub Copilot, to an exclusive licence to GPT-3, to rumours of integrating ChatGPT into Bing, Microsoft has been extracting the most out of its $1 billion investment into OpenAI. However, they have also been shelling out for the large cloud services bills that OpenAI has been racking up with their research into state-of-the-art algorithms.

The deal, inked in mid-2019, has since become one of the biggest contributors to mainstream deep learning advancements. Many of OpenAI’s tools have already found their way to becoming services on Azure, and both companies have worked closely together to create the Azure supercomputing cluster.

News has also emerged that Microsoft is planning to invest a further $10 billion in OpenAI after they tendered a share offer which valued them at $29 billion. With the partnership bringing many of its primary goals to fruition, Microsoft seems to be hungry for the value add that OpenAI can provide for its existing offerings. With the new offer for $10 billion there is only one question on everyone’s mind; Will Microsoft Acquire OpenAI?

The significance of the deal

The deal between the Silicon Valley tech giant and the prominent AI think tank has had a significant impact on the pace of innovation coming out from OpenAI. While the partnership began with the goal of bringing together both parties’ strengths, it has since then branched out into being a beacon of new cutting-edge algorithms.

From DALL-E to GPT to Codex, Microsoft’s cloud resources have been indispensable to the sustained research of OpenAI. This was one of the primary reasons for Microsoft’s $1 billion investment into OpenAI, along with the creation of a supercomputing cluster that could train the next generation of AI.

From this investment, Microsoft acquired an exclusive licence for the GPT-3 API, an LLM named ‘Codex’ which GitHub Copilot is based on, and the know-how to integrate OpenAI’s products into their own. It is rumoured that Microsoft is considering integrating ChatGPT and DALL-E into Office 365, their enterprise software suite.

Satya Nadella, the CEO of Microsoft, had this to say about the future of generative AI:

“In future, the generative models will generate most of the data. But on the other side, we should also think about how it can augment us in what we are doing today since it can have a huge impact on our future.”

Conversely, OpenAI received $1 billion in investment and access to Microsoft’s vast array of cloud resources. OpenAI has also stated in the past that they do not wish to monetise their products directly, instead choosing to offer API access to developers and enterprises alike.

This is one of its main sources of income, and with the partnership, it doesn’t have to worry about the cloud computing costs required to train the models in the first place. Sam Altman has previously gone on record stating that the compute costs for ChatGPT are ‘eye-watering’.

However, with reports emerging that Microsoft is looking to pump in $10 billion into the AI think tank over the next few years for a 49% stake, it seems that the tech giant from Redmond is locking in its AI bet.

The case for an acquisition

Before we look at the value add that OpenAI provides to Microsoft’s services, we must first consider the specifics of OpenAI’s tender offer. Analysts claim that the $29 billion price tag for OpenAI is yet another case of Silicon Valley overvaluation. OpenAI still does not have a solid business model, apart from the aforementioned API access. While Altman has stated that he will consider monetising ChatGPT sometime in the future, OpenAI has generally been averse to money-making schemes.

The company first started as a non-profit, later switching to a capped-profit model. Under this model, profits in excess of a 100x return will be capped by the non-profit board heading up the company. This move was reportedly made to drum up money for the large compute costs that come with researching and training AI. However, this huge cost sink has been negated with the Microsoft partnership.

While OpenAI’s business fundamentals may not justify the $29 billion valuation, the actual value of its products might. Microsoft obviously thinks so, as shown by its talks to invest more money in OpenAI. According to sources with knowledge of the matter, Microsoft is offering $10 billion for a 49% stake in the company and 75% of all profits going forward.

This will prove to be double whammy for Microsoft, as it will not only gain a huge stake in OpenAI and a chunk of incoming profits but will also build upon the existing advantages that its past partnership brought to the table. Microsoft will also enjoy the cascading benefits that OpenAI’s products can bring to its product suite, which has been falling behind with fierce competition from Google.

Microsoft Word might finally catch up to Google Docs in terms of its autocomplete features, Powerpoint users will be able to insert DALL-E generated images in their slides, and Microsoft might even bite into a slice of Adobe’s pie with their new Designer software. Bing might even become relevant again, using OpenAI’s NLP chops and ChatGPT’s coherent responses. When looking at OpenAI’s current and future algorithms, it is clear that $10 billion is a bargain for what Microsoft is getting out of it.

APIs offered by OpenAI can also be extended further to customers on Azure, to the point where Microsoft might even allow enterprise users to train their own fine-tuned models. This will not only ensure data privacy and security for companies who are protective of their IP, it will also balloon the value add that existing Azure AI offerings provide.

Tech giants have already bought up think tanks or created them in house focused solely on AI research. While Google already has DeepMind and Meta is banking on their AI lab, Microsoft has been conspicuously absent when it comes to AI innovation in a big way. Overall, Microsoft seems to be making the right moves, levelling the playing field for both the tech giant and the capital-starved OpenAI.