OpenAI gets a new president, CTO & COO in the latest rejig 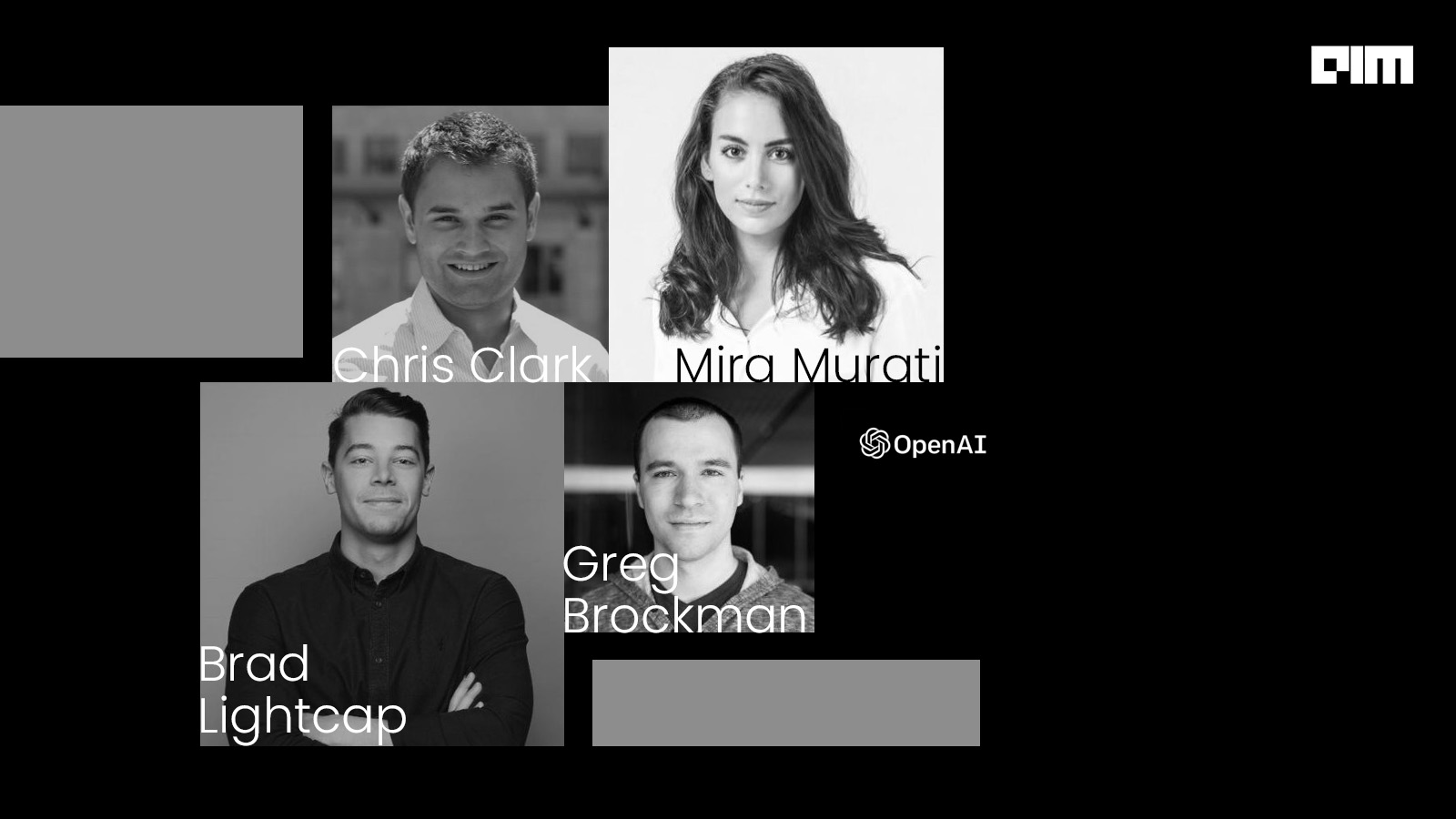 OpenAI has reshuffled its top leadership. The AI research lab now has a new CTO, COO and a president. OpenAI– considered a major competitor to DeepMind–has emerged as one of the top AI firms in a short span. Established in 2015, the firm started its life as a nonprofit, and later restructured itself as a ‘capped-profit’ company in a bid to attract funding. In 2019, OpenAI announced OpenAI LP, the parent company of OpenAI Inc.

Under the leadership of co-founder and chief executive officer Sam Altman, OpenAI has developed the language model GPT-3 and text-to-image AI system DALL.E 2. In 2019, the firm raised USD 1 billion in funding from Microsoft.

Altman will continue to be the chief executive officer at OpenAI. Below, we look at the major leadership changes.

Greg Brockman has been appointed as the president of OpenAI. He is focused on training OpenAI’s flagship AI systems.

He co-founded OpenAI along with Ilya Sutskever, Elon Musk and Sam Altman. Previously, he was the chief technology officer. He has worked on projects such as OpenAIFive, OpenAI API, OpenAIFive, and Codex.

Before OpenAI, Brockman had served as Stripe’s CTO. He joined Stripe early and helped the company grow from a team of 4 to 250 employees.

Mira Murati has replaced Greg Brockman as the new chief technology officer. Her contributions have been instrumental to the success of DALL.E.

Prior to joining OpenAI, Murati led the product and engineering teams at Leap Motion. She has also worked with Tesla Motors. She holds an engineering degree from the Thayer School of Engineering, Dartmouth.

Brad Lightcap has been appointed as the chief operating officer. In his new role, Lightcap will work with OpenAI’s applied AI teams, and his responsibilities include honing the company’s business and commercial strategies. He will continue to manage the OpenAI Startup Fund.

Previously, he held the role of chief financial officer at OpenAI for over three years. Under his leadership, the company has also scaled its structure, team, and capital base.

Prior to joining OpenAI, Lightcap had worked with Y Combinator and JP Morgan. Earlier this year, he invested in San Francisco-based AI platform Klarity.

He holds a bachelor’s degree in Economics and History from Duke University.

Clark is the new head of nonprofit and strategic initiatives at OpenAI. He will lead the operations of OpenAI’s nonprofit parent and key strategic projects, including the company’s relationships with mission-aligned partners. Previously, he served as the chief operating officer.

Clark was a mayor and a council member in Mountain View and was the youngest person ever to hold office.

Earlier, he worked as the director of partnership and operations at Loopt. He has also served as vice president, mobile partnerships & technology at Green Dot Corporation.  He has a degree in political science from Stanford University.