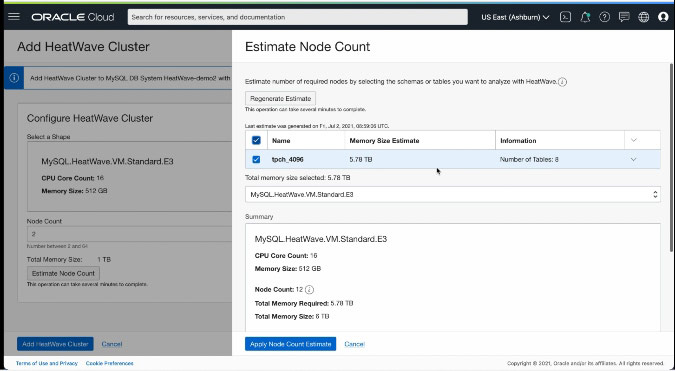 According to Oracle’s official release, MySQL Autopilot uses advanced machine learning techniques to automate HeatWave, making it easier to use and further improving performance and scalability. No other cloud vendor provides such advanced automation capabilities for their database offerings.

Autopilot is available at no additional charge for MySQL HeatWave customers.

“Oracle’s MySQL Database Service with HeatWave is the only MySQL database that efficiently supports both OLTP and OLAP, enabling users to run mixed workloads or real-time analytics against their MySQL database with 10 to 1,000 times better performance and less than half the cost compared to other analytical or MySQL-based databases,” said Edward Screven, Chief Corporate Architect, Oracle.

He further added, “MySQL HeatWave is one of the fastest-growing cloud services on OCI, and an increasing number of customers are moving their MySQL workloads to HeatWave. Today, we are announcing a number of innovations thatresulting from years of research and advanced development at Oracle. The combination of these innovations delivers massive improvements in automation, performance and cost — further distancing HeatWave from other database cloud services.”

As part of this announcement, Oracle is also introducing MySQL Scale-out Data Management, which can improve the performance of reloading data into HeatWave by up to 100 times. HeatWave now supports a cluster size of 64 nodes—up from 24 nodes—and is capable of processing up to 32 TB of data—up from 12 TB. These new enhancements further strengthen the price/performance advantages of HeatWave relative to its primary competitors.

HeatWave can offer better performance at a lower price for analytics and mixed workloads compared to all other competitive database and analytics cloud services. Specifically, in tests HeatWave has seen:

Oracle is making the benchmarking code publicly available, enabling customers to run the benchmarks themselves by visiting here. Oracle also announced that the industry-standard TPC-DS benchmark can now be accelerated using HeatWave.

Customers who have migrated from Amazon to MySQL HeatWave on OCI thus far have seen a substantial reduction in their costs and a significant improvement in the performance of their cloud workloads.

VP and Principal Analyst at Constellation Research, Holger Mueller, stated, “The evolution of MySQL continues as Oracle accelerates developer velocity. Oracle previously provided a single unified platform for both OLTP and OLAP, eliminating the need for multiple databases and tools to ETL across databases.”

He further said, “Now Oracle brings out new innovations which are set to likely disrupt the market, significantly lifting the expectations for what open source cloud databases should be. With machine learning-based automation in Autopilot and scaling in memory, nodes, and storage, Oracle sets developers free to develop next-generation applications running on the much faster and cheaper MySQL HeatWave compared to any platform they may try.”

According to Carl Olofson, Research Vice President, Data Management Software, IDC, “Some cloud database providers continue to offer specialized databases for specific workloads, and assume, especially in the open-source space, that developers like to manually tinker with parameters to optimize performance.”

“Oracle is on a different track, looking to combine database functionality in a single system. It provides database convergence and automation in the open-source cloud database service MySQL HeatWave. Oracle introduced MySQL HeatWave late in 2020, bringing full native cloud support and unifying OLTP and OLAP in one database, which eliminated the need for ETL. In this newly announced version, Oracle has added machine learning-based automation, which takes away the guesswork and manual labour involved in provisioning, data loading, query execution, and failure handling. These automations are also a major factor in HeatWave’s performance and price/performance results as reported in the company’s publicly accessible and repeatable benchmarks, providing metrics that should compare favourably with those of other cloud database service providers,” said Carl.

“For organizations using MySQL, Oracle has given yet another reason to invest in its HeatWave offering by delivering seven times the performance at 1/5 the cost of solutions such as Snowflake,” said Matt Kimball, Senior Analyst, Data Center Compute, Moor Insights & Strategy. “Oracle continues to align its innovation and resources to the needs of its customers and the market. So for those looking to extract the most out of their MySQL environments, HeatWave should be given a hard look.”

“Open source developers who have not yet moved to MySQL Database Service with HeatWave are running out of reasons not to give it a try,” said Marc Staimer, Founder and President of DS Consulting and Wikibon Analyst. “Not only has Oracle simplified their lives with a unified OLTP and OLAP MySQL service, but it has also eliminated the need for a separate analytical database or data warehouse and ETLs between them. Plus, now it has delivered unparalleled performance and cost/performance. The latest additions include MySQL Autopilot, which has automated many onerous manual tasks from provisioning to data loading and query execution. Together with massive scale-out capabilities, this combination makes MySQL HeatWave meltdown Snowflake and vaporize Amazon Redshift with AQUA.”

MySQL HeatWave is also incorporated into the Oracle lake house. OCI Data Catalog is the single catalogue for the lake house, including data from MySQL Database Service as well as Oracle Autonomous Database and OCI Object Storage. Lakehouse users can discover MySQL data through the catalogue and move it or analyze it as needed. Several other OCI services, such as Oracle Analytics Cloud and Oracle Cloud Data Integration service, are also integrated with MySQL HeatWave.

The new features introduced in the latest MySQL HeatWave release are available now on OCI across all 30 Oracle Cloud Regions.