Panasonic joins the league of AI enabled smartphone providers: How is it different from others? 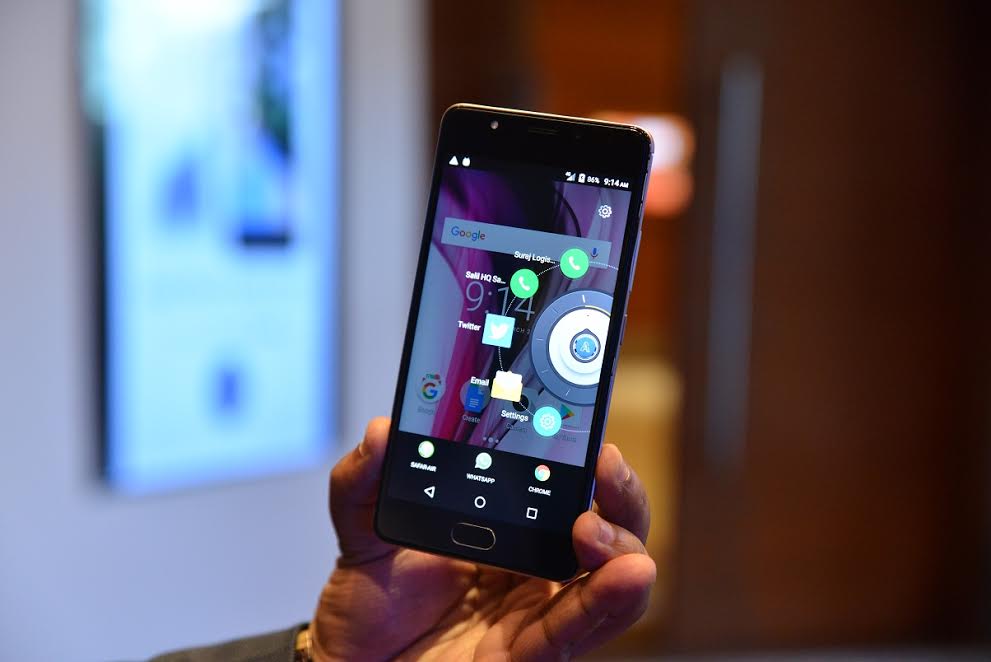 Joining the likes of Google, HTC, iPhone in offering AI capabilities, Panasonic, the Japanese electronics and phone maker, has developed an AI embedded UI software “Arbo” for its smartphones.  The news has it that it would be available on the “ELUGA RAY MAX” and “ELUGA PULSE X” models, from April 5, 2017 onwards.

Developed by the Panasonic team in India, the AI embedded feature in its smartphone comes as a significant introduction in the company’s product profile that has been offering wide range of products with superior usability since very long.

What can Arbo do?

Though not a very first AI virtual assistant, the basic idea behind Arbo is to ease out tasks for users and make the phones smarter. The AI assistant would come as an in-built feature which the users would be able to activate by logging into the Arbo app. Once it is activated, Arbo is all set to perform all the intelligent tasks for its user!  Let’s see what and how?

The very first feature that these new Panasonic smartphones would have is an easy(single-hand) and quick (up to 3 actions) operations. The new smartphone would have a user interface that displays icons in a circular, radial fashion, enabling single-handed, intuitive operation, which also happens to be a patent design of the company.

Going into further details, the AI software can analyze user behavior based on time, location, the apps visited, the friends that are in touch and much more. Based on these parameters, it can automatically display or make suggestions on screen such as on Wi-Fi, volume, connection with IoT devices such as Bluetooth, frequently contacted phone numbers, other applications and settings.

For instance, if the user is making order from a particular website on a particular day of the week on a regular basis, it will understand this pattern and would automatically send notifications on deals and discounts available on that day.

In a nutshell, the AI feature promises to allow some rest to the reminders and calendar apps, and do everything all by itself.

The company believes that with the launch of their first AI enabled smartphones, they can empower their consumers and assist in performing tasks in a smarter way.

How is it different from Google and HTC?

With Artificial Intelligence becoming a latest trend, it is not unlikely to see everyone grabbing onto the technology. And Panasonic is no exception. Though it has introduced quite impressive features, lets see how Panasonic is similar or different to other players in the market.

Comparing Arbo to Pixel, a Google smartphone with its own AI enabled Google Assistant, the latter is more conversation-oriented, where it tries to gather user information and interests by conversing with them. The more conversation a user has, the better it understands. On the other hand,  Argo is all about learning from the user activities such as their locations, apps visited etc.

Another big launch that came earlier this year was U Ultra by HTC, which also deploys artificial intelligence. Called as Sense Companion, it creates virtual image of users based on the choices made by them and provides appropriate suggestions based on that. It is similar to Arbo in the fact that AI learns about the friends and apps that the users interacts with the most to and decides what is important for the user and what’s not! U Ultra unlike Panasonic also utilizes on AI to extend the battery life. It does so by monitoring the commute, app used etc.

Combining its latest prowess in software development to the product design, Panasonic has set out a target on continuing to introducing new products, improving existing products & services and offering new value to customers. The smartphone launch is a step towards it and that is not all, the company also intends to keep working towards updating the software so as to expand the scope of automatic displays & suggestions and also evolve the user interface, hence giving an enhanced usability.

In the constantly crowding smartphone market, it would be interesting to see how a tinge of artificial intelligence would set them apart!