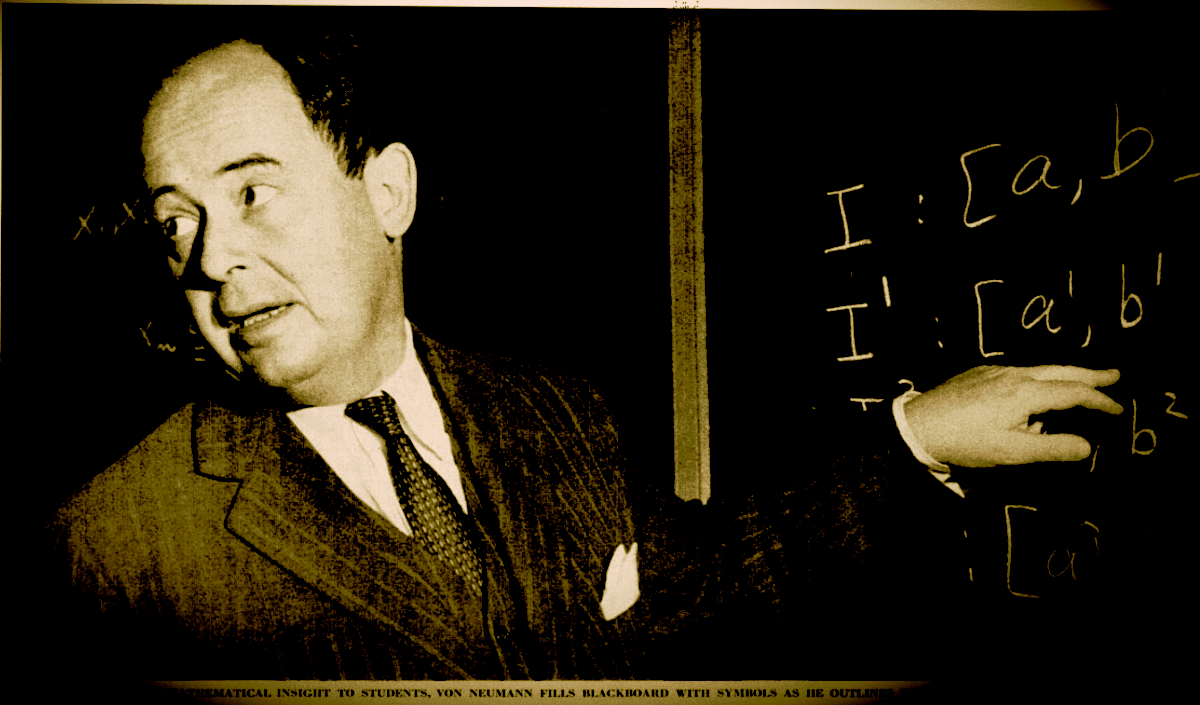 Eugene Wigner, the Nobel Prize-winning theoretical physicist had once said, “One had the impression of a perfect instrument whose gears were machined to mesh accurately to a  thousandth of an inch.” He was not talking about any latest gadget, he was talking about the mind of John von Neumann.

Computer science, philosophy, economics, political science and biology are only a few of the numerous fields where Von Neumann’s work impacted greatly. He practically invented the Game Theory and applied the findings to a range of applications. He didn’t stop here, his contributions to statistics and fluid dynamics were also seminal.

To put it mildly, the world would have been much different and less technologically forward if not for the genius and work of Von Neumann. He even worked in the field of artificial intelligence with none other than Alan Turing, when the British scientist visited Princeton. Von Neumann was also a key contributor in building the Monte Carlo method, which helps scientists to build solutions to be approximated using random numbers.

How It All Started

Von Neumann was a child prodigy and a genius. He had already mastered differential and integral calculus by the age of eight. His school, the Fasori Evangélikus Gimnázium in Budapest also shaped minds like Edward Teller (the father of Hydrogen Bomb), Leo Szilard (Nuclear Science) and Eugene Wigner among others.

By the time he was 20, Von Neumann had won the Eotvos Prize — Hungary’s highest prize for mathematics. George Polya, who was one of the best mathematical minds, said of his pupil, “Johnny was the only student I was ever afraid of. If in the course of a lecture I stated an unsolved problem. He’d come to me at the end of the lecture with the complete solution scribbled on a slip of paper.”

Von Neumann worked on the set theory and submitted his thesis in 1926 and was instantly branded as a genius. He would walk into conferences and hordes would gather around him. He was the youngest lecturers to be appointed at the University of Berlin where he worked from 1926 to 1929 and taught at Hamburg from 1929 to 1930. Von Neumann even studied under the great mathematician David Hilbert at Göttingen and was already an academic celebrity.

Von Neumann went on to become a visiting professor and then a permanent professor at Princeton where he taught mathematics and physics. One of the fellow professor talking about his mathematical teaching skills said, “His fluid line of thought was difficult for those less gifted to follow. He was notorious for dashing out equations on a small portion of the available blackboard and erasing expressions before students could copy them.”

But there was a contrast that in his Physics teaching where people felt he was clearly able to flesh out complex ideas and make them simple. “For a man to whom complicated mathematics presented no difficulty, he could explain his conclusions to the uninitiated with amazing lucidity. After a talk with him, one always came away with a feeling that the problem was really simple and transparent,” said one of his students.

He also grew accustomed to throwing great parties which were said to be “frequent, famous and long”. Through these long parties, von Neumann made friends in many fields and got his hands dirty in many fields like representation theory and ergodic theory which gave him ideas about to give birth to game theory. Stan Ulam, one of his contemporaries said, “Von Neumann’s awareness of results obtained by other mathematicians and the inherent possibilities which they offer is astonishing. Early in his work, a paper on the minimax property led him to develop ideas which culminated later in one of his most original creations, the theory of games.”

Von Neumann’s book on Game theory said that many economic situations could be modelled as the outcome of a game between two or more players. The book also gave birth to the idea of utility theory in economics. Today, game theory is applied to economics, law, political science, and sociology.

He also took interest in computer science and computation to figure out how computers can have a simple and fixed structure to do any kind of calculation, given the programmed control, without touching the hardware. The now-famous Von Neumann architecture is a design model inspired by him is stored-program digital computer that uses a processing unit and a single separate storage structure to hold instructions and data at the same time.

Von Neumann also has many other influences on many fields which have changed the world for the better. Wigner aptly summarised, “There are two kinds of people in the world: Johnny von Neumann and the rest of us.”

Rise Of Cryptojacking & How Users Can Prevent It