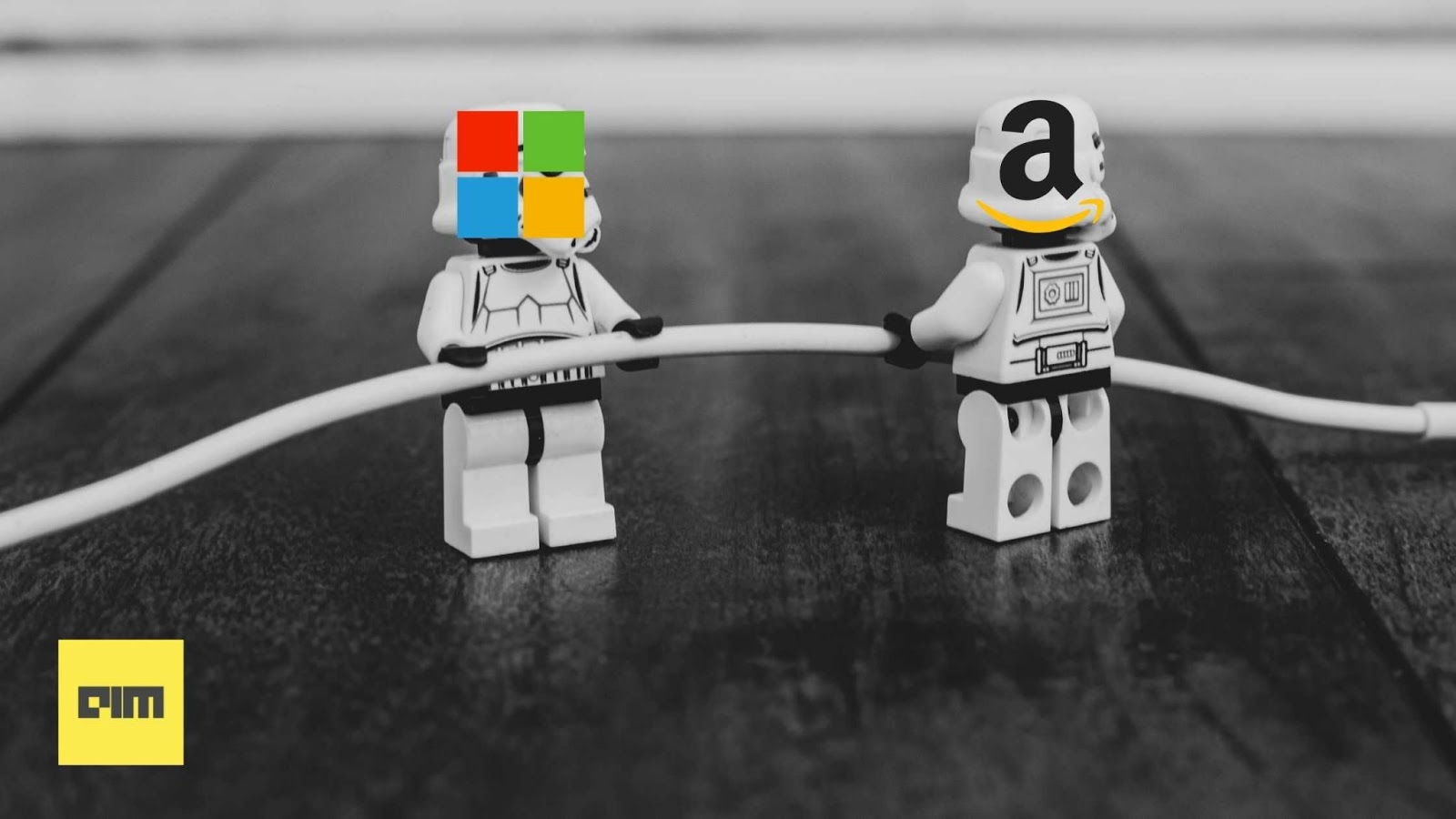 In light of the legal battle involving Amazon and Microsoft’s claims to the $10 billion cloud deal, the USA’s Department of Defense called off the contract putting an end to the ongoing dispute.

The Joint Enterprise Defense (JEDI) cloud contract was to be handed out to a private player for revamping and modernising Pentagon’s IT operations. According to analysts, the company getting approval could wear it as a badge of honour, use the good name, and add credibility to secure plum private and public deals.

In 2019, after a two-year-long deliberation process that involved players like Google, IBM, Oracle, and Amazon competing, the Department of Defense (DOD) (under the then President Donald Trump) announced that the contract would be handed over to Microsoft; this despite Amazon being considered to be the frontrunner to win the contract.

The contract was put on hold when Amazon filed a lawsuit disputing the decision made by DOD. Amazon said that Trump used undue pressure on military personnel to divert the contract away from Amazon. The then-Amazon CEO Jeff Bezos was publicly chastised by Trump, who regularly lambasted the corporation.

Amazon said that the Pentagon’s decision was riddled with “egregious flaws,” blaming “improper pressure from Trump.” According to a 2019 book on James Mattis’ tenure as secretary of Defense, titled ‘Holding the Line’, Trump directed the Defense Department to remove Amazon out of the JEDI deal. In April 2020, the Court of Federal Claims refused to dismiss Amazon’s lawsuit, arguing that President Trump’s and other officials’ anti-Amazon bias influenced the Pentagon to favour Microsoft, setting the stage for years of battle.

After the long tussle between Amazon and Microsoft over the contract, the Pentagon has decided to scrap the deal altogether. The agency announced that it would now start over with a new contract. It will seek technology from both Amazon and Microsoft to provide improved assistance for data-intensive initiatives, such as using artificial intelligence to enhance military decision-making.

Called the Joint Warfighter Cloud Capability (JWCC) contract, the new contract would try to get past the legal and political snafu that had erupted with JEDI. During the announcement, there was no mention of how long it would take to put together the newer version or how it differed from JEDI.

Notably, there was no mention of JEDI’s legal issues in the Pentagon’s recent announcement; instead, it stated that the military’s technical needs have changed since the project’s first request for bids in 2018. The Defense Department’s acting CIO, John Sherman, said in a statement that the department’s growing need for algorithm-heavy infrastructure has only increased since JEDI was announced.

Officials from the present Biden administration believe that JEDI’s legal battles may drag on for years, and the technological premise of the 2018 deal was already obsolete. The CIA and other agencies that had previously relied on a single cloud supplier were now seeking alternatives as well. The Army, Air Force, Navy, and other armed organisations were already considering manufacturing their own clouds.

In a blog post, Microsoft said that it understood the DOD’s decision to cancel the contract and defended its technology as the best fit for the job. While Amazon Web Services praised the outcome, it expressed reservations about the contract’s initial awarding procedure. On the other hand, Google and IBM expressed their interest in partnering with the federal government, but neither said if they will participate in the new bidding process.

According to DOD’s Acting Chief Information Officer John Sherman, the department anticipates direct awards via the contract by April 2022 and launching a broader competition as early as 2025. It would be interesting to see how the new bidding process turns out to be in the coming year.