AGNES (Agglomerative Nesting) is one of the most popular hierarchical clustering algorithms used in data mining. 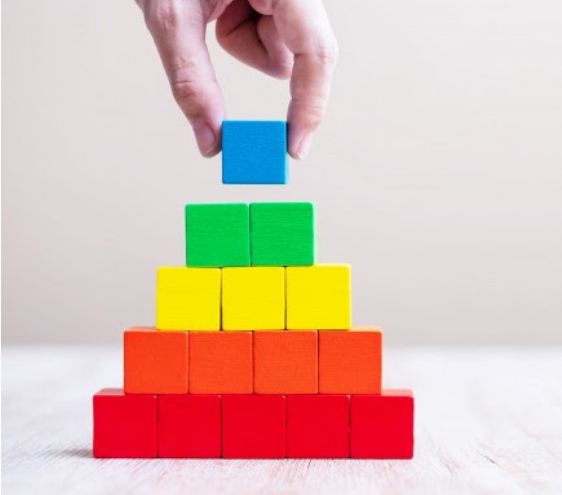 This article focuses on a clustering algorithm approach that works somewhat differently from the above-mentioned ones. But before going into its details, have a quick look at the term ‘hierarchical clustering’ means.

Hierarchical clustering in data mining is a cluster formation and analysis technique that builds groups of similar objects by forming a hierarchy of clusters. That hierarchy forms a tree-like structure which is known as a dendrogram.

What AGNES algorithm does?

AGNES algorithm uses a “bottom-up” approach for hierarchical clustering. As shown in the above figure, the algorithm forms singleton clusters of each of the data points. It then groups them from bottom to top in the tree-like structure (called dendrogram) until all the similar points form a single cluster (depicted by the root of the dendrogram). Since it collects or in other words, agglomerates data points for clusters’ formation, AGNES is said to be an “agglomerative” hierarchical clustering technique and hence the name “AGglomerative NESting” – collective merging of clusters.

Here’s a demonstration of implementing the AGNES algorithm on a custom-created dataset. The code has been implemented using Google colab with Python version 3.7.10. Step-wise explanation of the code is as follows:

Form the data points by pairing successive points as x and y coordinates.

The following 3 steps define functions for different ways of computing distance/similarity between two clusters. We can find distance between closest points of two clusters; less the distance, more is the similarity between the clusters. The function min_distance() for such calculation has been defined in step (5) below. It takes one-one point from two clusters and computes distance between them using above eq(i). The process is repeated for each point in the first cluster taken with each of the points of the other cluster. The minimum of the computed distances is then returned.

Instead of considering one-one points from both clusters to compute the similarity between two clusters, step (7) defines a function avg_distance() which takes all points of both the clusters into consideration.

Minimum distance between clusters Ci and Cj is calculated as:

Maximum distance between clusters Ci and Cj is given as:

Average distance between clusters Ci and Cj is given by the formula: