I think we can find a lot of amazing tech and service partners here in Bangalore to continue developing our IoT platform and rehabilitation projects. 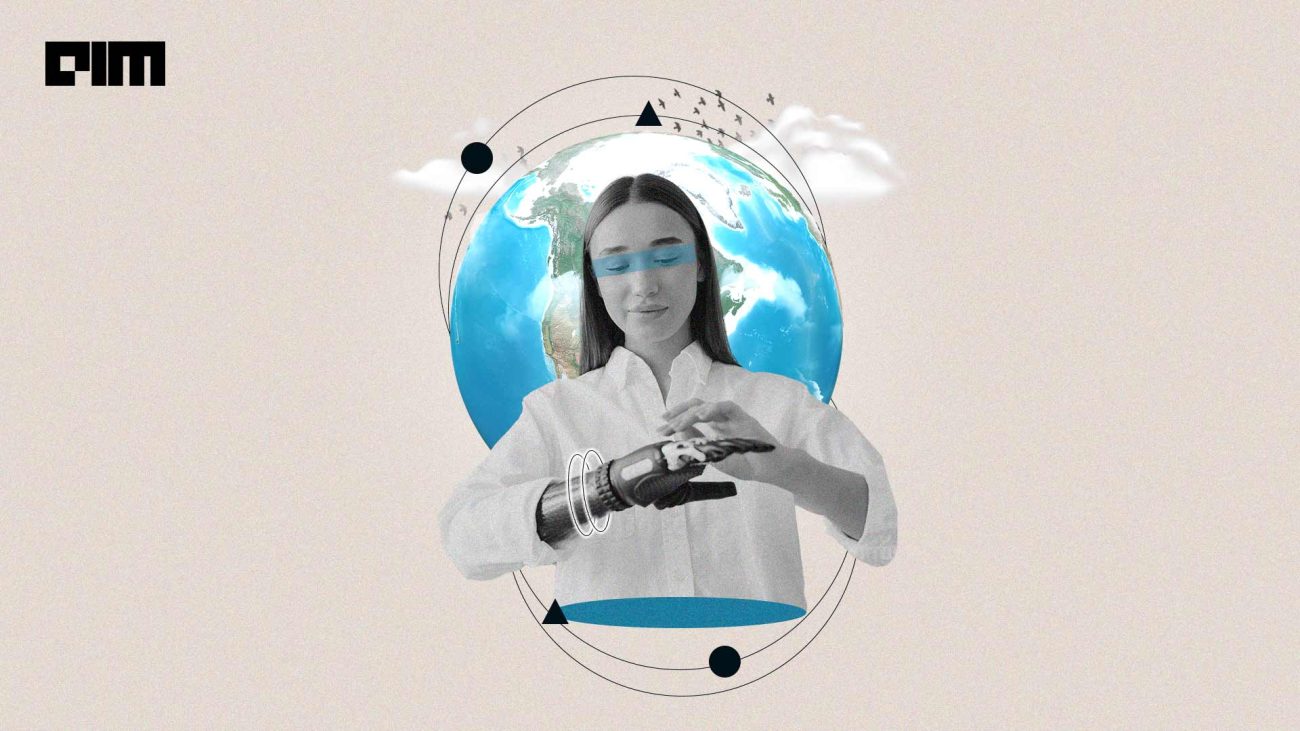 For Khlebnikov, there are no limitations, only challenges that have to be overcome. As a co-founder of custom robotic prosthetic arm manufacturer Motorica, Vasilii Khlebnikov faced many challenges. There were high costs, struggles with hiring specialists—but eight years on the company has stood in good stead. The Moscow-based company has recently arrived in India and has its own office in Bengaluru now.

Besides dealing with the intricacies of building and running a robotics company, Khlebnikov is also the co-founder of Rizzoma, a popular collaborative web application with 300,000 registered users currently.

AIM: Motorica has been around for eight years now. What are some of the teething challenges you faced in the initial years?

Vasilii: To be more precise, we have been producing and selling prostheses for six years. Prior to that, we were in the testing phase and preparing all the documentation for the first two years.

Prostheses are quite complex devices, both from the point of view of technical implementation—taking into account software and hardware, usability and safety—and from the business point of view. Just imagine; you have to gather your team: engineers, designers, developers, MD’s and rehabilitation specialists and because you work within strict legalities, your product is highly regulated by the state and the local healthcare system. We had to interact frequently with authorities and non-profit organisations. It’s a complex​​ challenge.

Another challenge is the fact that prosthesis is an individual device, so the team works on each hand on a turnkey basis. Furthermore, just building the prosthesis is not enough. It is still necessary to train the user to control the hand and upgrade their skills.

AIM: Why did Motorica choose to open an office in Bengaluru? What is the Indian market for such companies?

Vasilii: To me, India is a large continent. I don’t want to say “country” because India is too big for that word. The trade exchange between Russia and India is only at USD 11 million currently, which is negligible. We have had a positive legacy together and now it is growing.

Bangalore, I think, is a new place of power in the East—much like Silicon Valley. I think we can find a lot of amazing tech and service partners here in Bangalore to continue developing our IoT platform and rehabilitation projects.

Personally, India is culturally close to me, and there are lots of very talented and amazing people here. There are fantastic IT specialists and very impressive start-ups. We all know that India is the birthplace of tech CEOs.

According to estimates, India’s population is about 1.4 billion people, which is ten times more than Russia. Almost 1% of them are people with disabilities. The most prominent type of disability is locomotor (0.4%), accounting for 5,60,000 people. Even if these numbers are less than the reality, they are huge.

AIM: What sets Motorica apart from other companies in prosthetics?

Vasilii: We are also the only company that can produce prosthetics for children between the ages of two and seven.

As for the design of our cyber hands, psychological comfort is very important. People should feel more confident. The prosthesis is no longer a faceless medicine device, it has become a part of people’s wardrobes. You can embed your personality with any colour or print you want. We don’t want our users to feel the need to hide any ‘peculiarity’. On the contrary, many start social media accounts where they post their photos with pride.

Motorica’s cyber-hands are not only about function replacement; they’re about augmentation so transformed hands are smart gadgets which can be fully integrated into our world.

Our vision of the future features a combination of AI and sensory artificial limbs to make new control interfaces. The current system can help users detect hard or soft objects and their size, but this duet would bring the artificial hand closer to the real one—covering more than half of the function.

Motorica also offers the widest product line-up for upper-limbs, from separate fingers to elbows. We built the whole rehabilitation ecosystem. It’s not enough to give the user a gadget; controlling a prosthesis is like learning to drive a car. We have VR-trainer ATTILAN—a gaming project which helps users upgrade skills with interactive mechanics. We also have an education platform called ‘Academy of Cyborgs’.

AIM: Having been a co-founder for many start-ups including Motorica, what are some of the lessons you have learnt? What are some mistakes that founders in the AI/ML industry usually make?

Vasilii: Firstly, you should start selling the product as early as possible, starting from the MVP stage. Carefully monitor the development process and decompose it and then develop further iterations of products after receiving feedback from users.

Secondly, focus on assembling a powerful team. Find strong specialists, reliable partners, and investors. Each member of the team must boost each other up because everyone can create new opportunities for growth.

Lastly, experiment as much as possible and test as many hypotheses as you can. Startups should incorporate this as a part of their culture. Clearly formulate hypotheses, test and analyse them, create new ones based on the results, and repeat.

And, keep in mind that while AI is an amazing tool, but don’t stake your whole business on it.

AIM: What are some of the technical difficulties that you faced while coming up with the tech?

Vasilii: The most obvious difficulty was the customisation of the product, and I don’t just mean the design or what the prosthesis looks like. Every trauma is unique, and our challenge was to find a way to produce the prosthetic hand or arm so it was adjustable for everyone.

Another challenge obviously was that we were dealing with an inherently complex product. It was difficult to develop, produce, rehabilitate, launch, and use.

AIM: What are the future economic prospects that you see for robotics?

Vasilii: I truly believe robotics has an amazing future! It is growing increasingly important in our lives and can make several processes efficient. Just consider drones and robots that companies like Boston Dynamics make. I will name three areas that I consider the most promising:

Drones: They capture everything; their potential contribution to logistics is huge. They can eliminate things such as foot couriers if we are talking about short distances within city districts. While shooting films, they can take shots that previously required the construction of huge sites.

Humanoid robots: Obviously, they can replace blue-collar workers. They are used in military and area security now, and will soon become commonplace in business and civil tasks.

And of course… Cyber limbs: Our vision for the future of prosthetics is that after some time, they will turn people with disabilities into people with superpowers like the cyborgs that we usually see in sci-fi films.

It appears to me that in a very short period, people with prosthetics will surpass ordinary people. Something similar to social inequality will arise and humanity will make a sharp turn to augmentation for everybody. Transition from replacement to augmentation. That is exactly the direction where our team is going now.

AIM: Is hiring an issue for specific roles within the company?

Vasilii: It is really difficult to find specialists because a serious technical background is necessary for working with complex robotic products. Earlier, we conducted active training of new specialists and also cooperated with two ortho-prosthetics colleges in Moscow and St. Petersburg to train more qualified specialists immediately. We nurtured some of the technical specialists by ourselves. Our current lead mechanical engineer started with us as an intern.