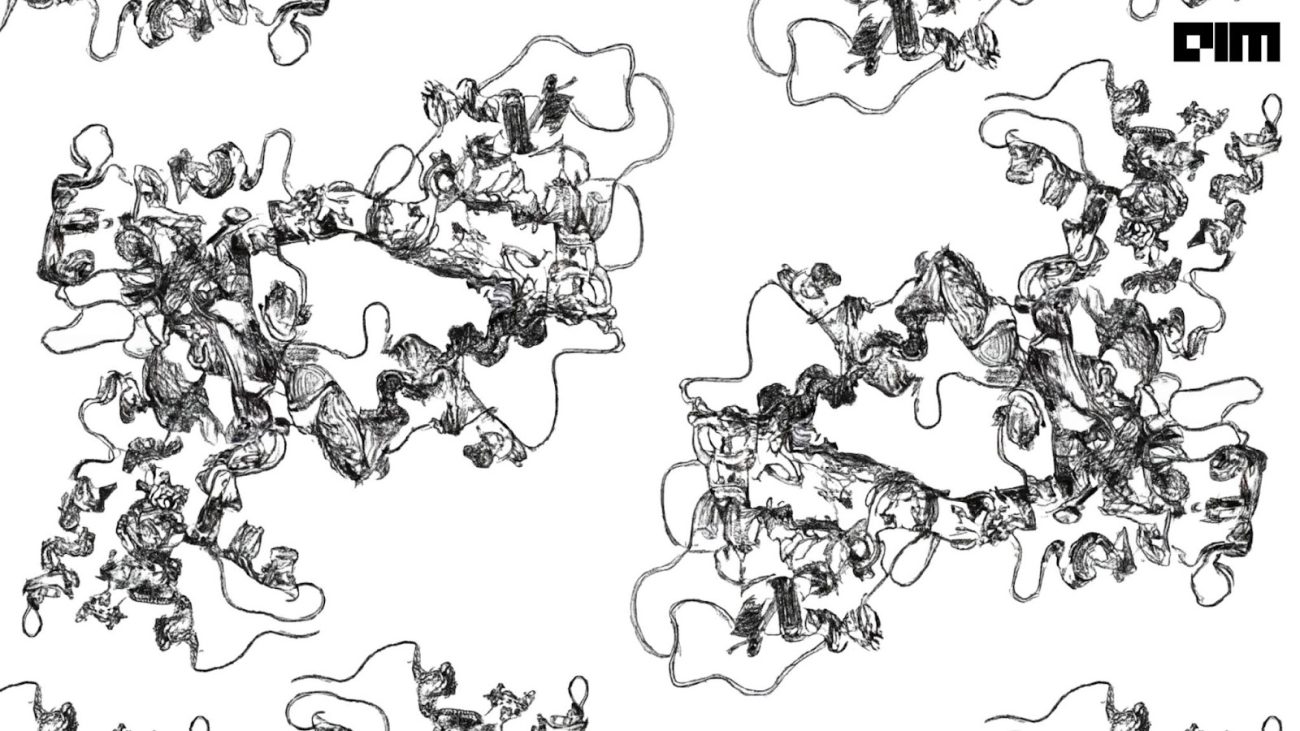 Last month, Meta AI’s researchers launched a breakthrough model called Evolutionary Scale Modeling, or ESM, for protein structure prediction. This new model is touted to be one of the closest alternatives to DeepMind’s AlphaFold 2, which essentially solved the 50-year-old grand challenge of protein folding. Over the years, Meta AI has launched several models, and its most recent work has been released to the public.

Check out the GitHub repository here.

Besides ESMFold and AlphaFold, there are plenty of protein prediction models, including RoseTTAFold, IntFOLD, RaptorX and others. Here’s a quick overview of the models:

Meta AI claimed that AlphaFold 2 and RoseTTAFold have similar accuracy, but ESMFold inference is faster at enabling the exploration of structural spaces of metagenomic proteins. Metagenomics is a technique of sequencing DNA purified directly from a natural environment.

In addition, AlphaFold 2 and other alternatives use multiple sequence alignments (MSAs) and templates of similar proteins to achieve optimal performance or breakthrough success in atomic-resolution structure prediction. However, ESMFold generates structure prediction using only one sequence as input by leveraging the internal representations of the language model.

With a single sequence as input, ESMFold produces more accurate atomic-level predictions than AlphaFold and competes with RoseTTAFold when given full multiple sequence alignments (MSAs).

One of the advantages of ESMFold is that it offers a faster prediction speed than existing atomic resolution structure predictors. This, in a way, allows it to bridge the gap between the rapid growth of protein sequence databases containing billions of sequences alongside the slower development of protein structure and function databases. The model is used to rapidly compute one million predicted structures representing a diverse subset of metagenomic sequence spaces that lacks labelled structure or function.

Last month, DeepMind, in collaboration with European Bioinformatics Institute (EMBL-EBI), released predicted structures for nearly all catalogued proteins, which will expand the AlphaFold database by over 200x – from nearly 1 million structures to over 200 million structures – with the potential to increase our understanding of biology significantly.

AlphaFold, initially launched in 2018, published its second version in 2020, and released an open-source version of its deep-learning neural network AlphaFold 2 last year. With this, the team said that the new model significantly increases the accuracy of predicted multimeric interfaces over input-adapted single-chain AlphaFold, while maintaining high intra-chain accuracy.

One of the biggest performance drivers for ESMFold has been the language model. For instance, when ESM-2 understands the protein sequence well, you can obtain predictions comparable to those made by other models when language modelling perplexity is high. In other words, it is possible to obtain accurate atomic resolution structure predictions with ESMFold – i.e. up to two orders of magnitude faster than AlphaFold 2.

Meta AI said billions of protein sequences have unknown structures and functions, many from metagenomic sequencing. ESMFold makes it possible to map this structural space in practical timescales, where they can fold a random sample of 1 million metagenomic sequences in a few hours. Moreover, the researchers believe that ESMFold can help to understand regions of protein space that are distant from existing knowledge.

Only recently, the company made its code publicly available, joining the likes of  AlphaFold and ESMFold, which are also open source.

Why is this a big deal?